Wildlife in Your Life 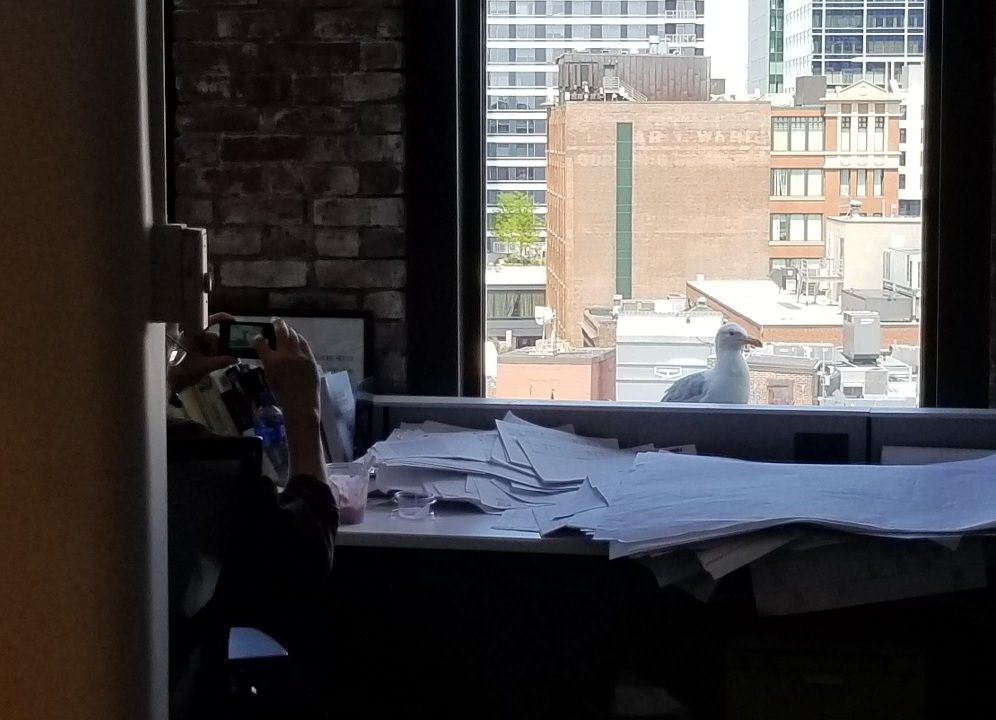 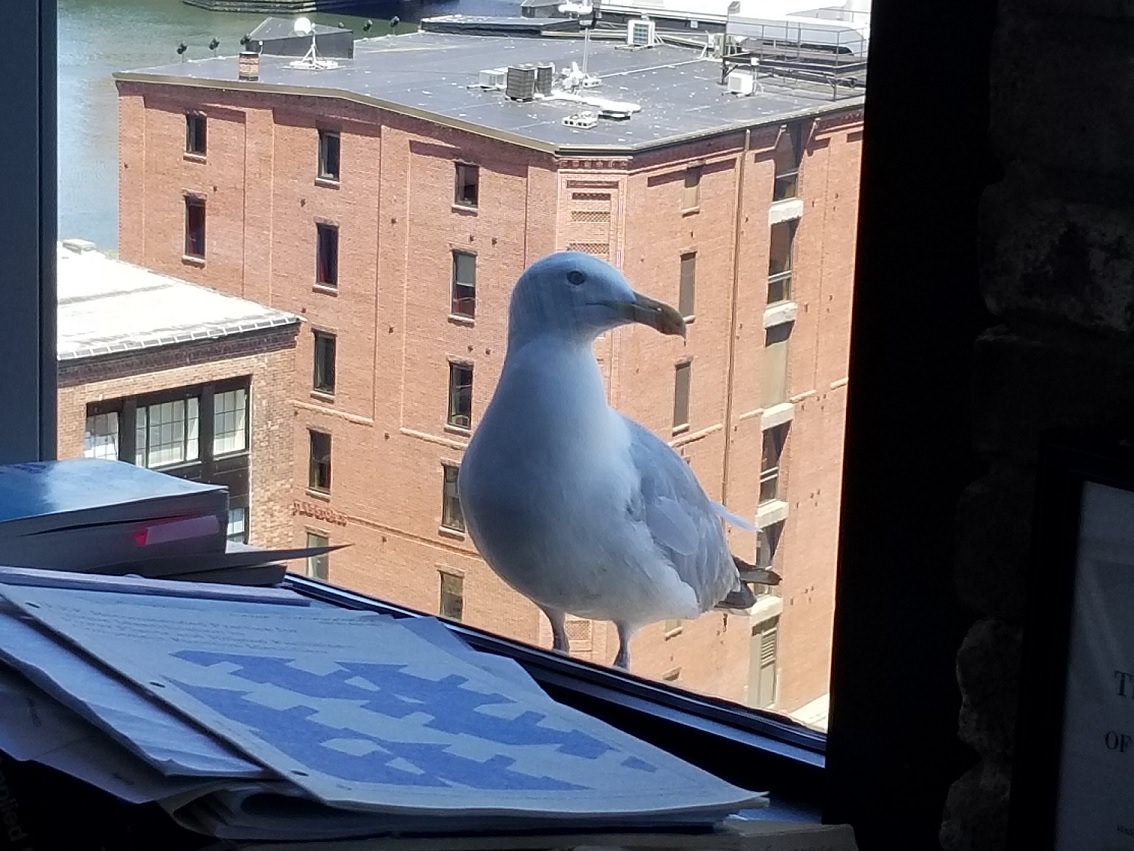 there's a family living under the HVAC equipment on the roof of a nearby building,
so perhaps this is papa keeping an eye on his brood...
0 Replies
1
Reply Thu 19 Jul, 2018 12:15 pm
@Region Philbis,
Region Philbis wrote:

I saw an ant on the window sill yesterday carrying off a dead friend. The poignant moment was shattered by memories of the Ant Rid.
0 Replies
2
Reply Wed 5 Feb, 2020 09:07 am 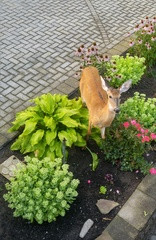 This little one came to visit not six months ago. I've glimpsed them through the trees and brush quite a few times, but never had one so close to the house before or since. 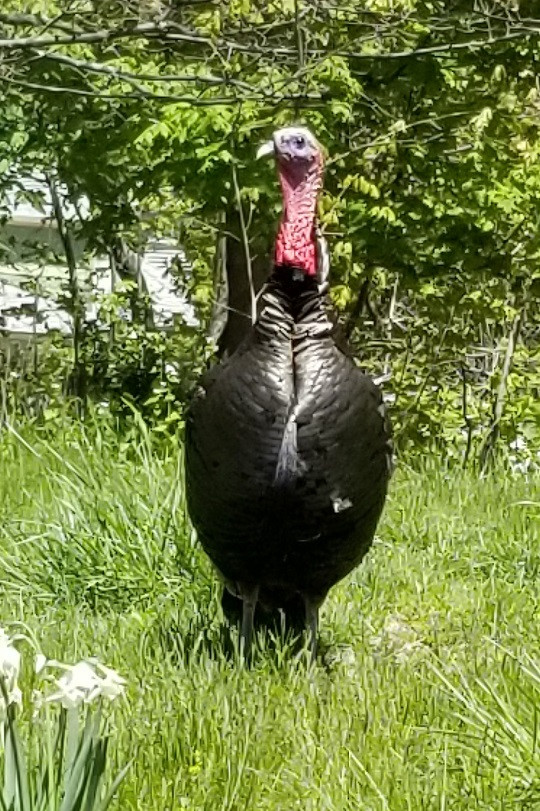 this guy was hanging out in somebody's yard.

didn't like having his pic taken, and told me so in the form of a parting shot...
1 Reply
1
Reply Thu 6 May, 2021 12:00 pm
@Region Philbis,
Not sure if it is mating time or whatever it is --- but it seems they are all over place around this time of year. Had them walzing through my yard several times recently -- drives the dogs nuts.

And the other day - there was one just standing there in the middle of a busy road. Not moving just standing there like we were all bothering him and we were in his road.
0 Replies
2
Reply Wed 4 Aug, 2021 09:19 am
Yesterday, early evening, it was chickadees and a solitary mourning dove at the birdbath. The dove scared the chickadees away, though they took turns swooping at it, never closer than about a foot from its head. It seemed oblivious. Then a hummingbird visited the deck flowers. They're not rare here, but we sure don't see them every day. Any sighting always feels like a gift.

This morning it's cardinals and orioles, and some house finches.
1 Reply
1
Reply Wed 4 Aug, 2021 11:14 am
@Joeblow,
Yesterday morning - saw a mama turkey with her little babies following close by - they were deciding to cross the street in front of me - I stopped then for some reason decided to veer back into the brush.
1 Reply
1
Reply Wed 4 Aug, 2021 02:13 pm
@Linkat,
We don't have any wild flocks at the house, but they're common enough at our cottage. I can abide the little ones with a smile, but I'm less enthused with the toms. They're big brutes.
0 Replies
5
Reply Sun 8 Aug, 2021 07:07 am

found this little critter in the kitchen... escorted it outside... 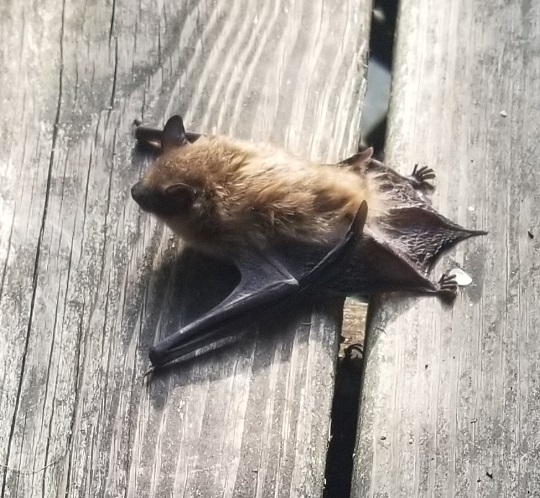 Wowsa. Wonder how he got in the kitchen.

we had the back door propped open for a few minutes yesterday, so it could have been then...
1 Reply