She Was Fighting to the Death-they said women couldn't fight

Lynch, a 19-year-old supply clerk, continued firing at the Iraqis even after she sustained multiple gunshot wounds and watched several other soldiers in her unit die around her in fighting March 23, one official said. The ambush took place after a 507th convoy, supporting the advancing 3rd Infantry Division, took a wrong turn near the southern city of Nasiriyah.

"She was fighting to the death," the official said. "She did not want to be taken alive."

Lynch was also stabbed when Iraqi forces closed in on her position, the official said, noting that initial intelligence reports indicated that she had been stabbed to death. No official gave any indication yesterday, however, that Lynch's wounds had been life-threatening.

Several officials cautioned that the precise sequence of events is still being determined, and that further information will emerge as Lynch is debriefed. Reports thus far are based on battlefield intelligence, they said, which comes from monitored communications and from Iraqi sources in Nasiriyah whose reliability has yet to be assessed. Pentagon officials said they had heard "rumors" of Lynch's heroics but had no confirmation.

There was no immediate indication whether Lynch's fellow soldiers killed in the ambush were among the 11 bodies found by the Special Operations commandos who rescued Lynch at Saddam Hussein Hospital in Nasiriyah. U.S. officials said that at least some of the bodies are believed to be those of U.S. servicemen. Two were found in the hospital's morgue, and nine were found in shallow graves on the grounds outside.

Seven soldiers from the 507th are still listed as missing in action following the ambush. Five others, four men and a woman, were taken captive after the attack. Video footage of the five has been shown on Iraqi television, along with grisly pictures of at least four soldiers killed in the battle.

Lynch, of Palestine, W.Va., arrived yesterday at a U.S. military hospital in Germany. She was in "stable" condition, with broken arms and a broken leg in addition to the gunshot and stab wounds, sources said. Other sources said both legs and one arm were broken. Victoria Clarke, a Pentagon spokeswoman, gave no specifics of Lynch's condition, telling reporters only that she is "in good spirits and being treated for injuries."

But one military officer briefed on her condition said that while Lynch was conscious and able to communicate with the U.S. commandos who rescued her, "she was pretty messed up." Last night Lynch spoke by telephone with her parents, who said she was in good spirits, but hungry and in pain.

"Talk about spunk!" said Sen. Pat Roberts (R-Kan.), whom military officials had briefed on the rescue. "She just persevered. It takes that and a tremendous faith that your country is going to come and get you."

One Army official said that it could be some time before Lynch is reunited with her family, since experience with those taken prisoner since the Vietnam War indicates that soldiers held in captivity need time to "decompress" and reflect on their ordeal with the help of medical professionals.

"It's real important to have decompression time before they get back with their families to assure them that they served their country honorably," the official said. "She'll meet with Survival, Escape, Resistance and Evasion psychologists. These are medical experts in dealing with this type of things."

One intriguing account of Lynch's captivity came from an unidentified Iraqi pharmacist at Saddam Hussein Hospital who told Sky News, a British network, that he had cared for her and heard her crying about wanting to be reunited with her family.

"She said every time, about wanting to go home," said the pharmacist, who was filmed at the hospital wearing a white medical coat over a black T-shirt. "She knew that the American Army and the British were on the other side of the [Euphrates] river in Nasiriyah city. . . . She said, 'Maybe this minute the American Army [will] come and get me.' " The only injuries the pharmacist said he was aware of were to Lynch's leg, but there was no way to evaluate his statement.

Lynch's rescue at midnight local time Tuesday was a classic Special Operations raid, with U.S. commandos in Black Hawk helicopters engaging Iraqi forces on their way in and out of the medical compound, defense officials said.

Acting on information from CIA operatives, they said, a Special Operations force of Navy SEALs, Army Rangers and Air Force combat controllers touched down in blacked-out conditions. An AC-130 gunship, able to fire 1,800 rounds a minute from its 25mm cannon, circled overhead, as did a reconnaissance aircraft providing video imagery of the operation as it unfolded.

"There was shooting going in, there was some shooting going out," said one military officer briefed on the operation. "It was not intensive. There was no shooting in the building, but it was hairy, because no one knew what to expect. When they got inside, I don't think there was any resistance. It was fairly abandoned."

Meanwhile, U.S. Marines advanced in Nasiriyah to divert whatever Iraqi forces might still have been in the area.

The officer said that Special Operations forces found what looked like a "prototype" Iraqi torture chamber in the hospital's basement, with batteries and metal prods.

Briefing reporters at Central Command headquarters, Brooks said the hospital apparently was being used as a military command post. Commandos whisked Lynch to the Black Hawk helicopter that had landed inside the hospital compound, he said, while others remained behind to clear the hospital.

The announcement of the raid was delayed for more than an hour because some U.S. troops were on the ground longer than anticipated, Brooks said. "We wanted to preserve the safety of the forces," he said.

Spirited and hungry, rescued prisoner of war Pfc. Jessica Lynch arrived in Germany for treatment of two broken legs and bullet wounds she reportedly suffered in a fierce gunfight with her Iraqi captors.

The Washington Post said she shot several Iraqi soldiers and kept firing even after she had several gunshot wounds, finally running out of ammunition.

"She was fighting to the death. She did not want to be taken alive. She's a fighter. That's exactly what I would expect her to do," her mom said on The Today Show.

Lately, I heard someone say you die after ten days without food.

19, female and one damn tough fighting machine.
Two broken legs, a broken arm and some bullet holes in her and she kept fighting - damn, she's got sac!

Geez, if my mouse gets hung up, I figure I'm having a bad day.

This girl (she's only 19!) has been to the mountaintop of courage and pain. Just think - the whole rest of her life, she's not going to be afraid of any goddamn thing. For the next sixty years, whenever she runs into some hurdle, all she's gotta do is remember that she kicked Iraqi ass with two broken legs, a broken arm and bullet holes in her.

What's going to scare her now? A cockroach? A drunk in a bar? A snarling dog?

Hats off to PFC Lynch. 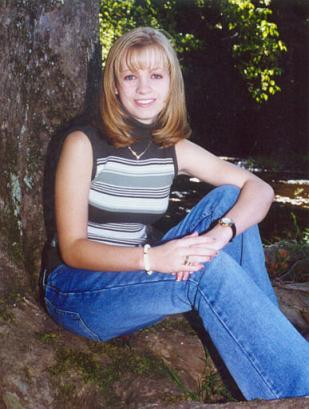 I'm guessing that because she was able to fight she will be less traumatized by her captivity than some of the other P.O.W.'s.

She's a genuine hero in a world that needs inspiration. The Special Forces who handled the rescue are also worthy of admiration.
0 Replies
1
Reply Thu 3 Apr, 2003 05:06 pm
Sometimes it really is just like the movies.

PALESTINE, W.Va. - The father of rescued POW Army Pfc. Jessica Lynch said Thursday she was in great spirits following her first surgery and said she had not been shot or stabbed during her ordeal.
"We have heard and seen reports that she had multiple gunshot wounds and a knife stabbing. The doctor has not seen any of this," Gregory Lynch Sr. said. "There's no entry (wounds) whatsoever."
0 Replies
1
Reply Thu 3 Apr, 2003 07:00 pm
Incredible. Apparently the accounts of her gunshot and stab wounds are a fabrication:

Yahoo News
0 Replies
1
Reply Fri 4 Apr, 2003 12:35 pm
The rumormongers have grabbed pieces of Jessica Lynch, Damsel in Distress and are running all around Robin Hood's Barn and Ali Baba's Back Yard with embellishments and twists--probably Moral Messages are being tacked on, even as I type.

Even so, she would still be unable to join the Augusta (Ga.) National and play a round of golf after her recovery.