The case of Leonard Peltier 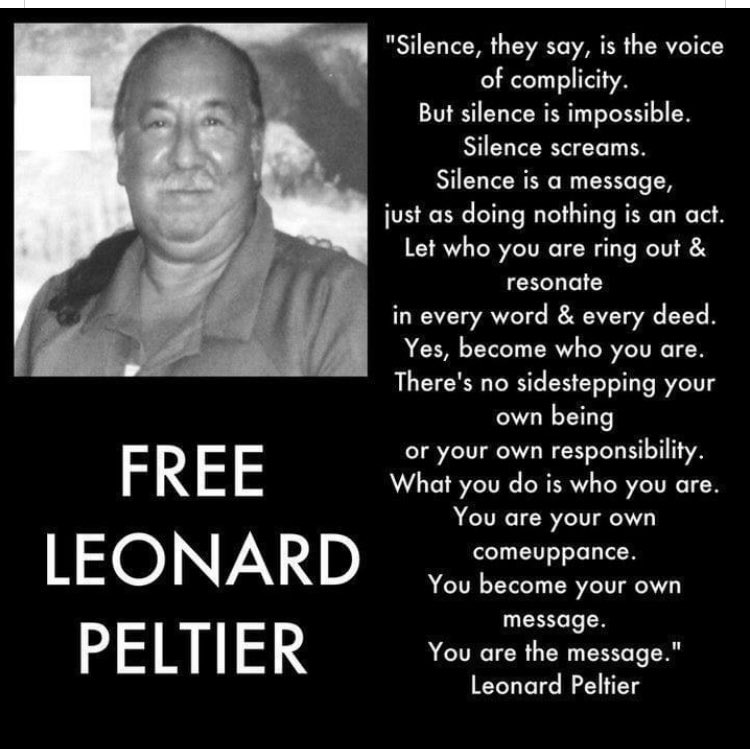 0 Replies
1
Reply Wed 6 Apr, 2022 09:03 pm
By Erik Ortiz
Leonard Peltier, the Native American activist who has been imprisoned for nearly half a century for the murders of two FBI agents he has always maintained he didn't commit, is hopeful he'll have a chance to clear his name before he dies.

Peltier, 77, wants President Joe Biden to review his case and grant him clemency so he won't die in prison.

He's not looking for a presidential pardon, because it would be granted for a crime he insists he is innocent of.

Instead, he wants a new trial.

“If I get into court, if the judge is fair, how are they going to answer all of that?” he said of evidence that was withheld from the 1977 proceedings. “I want to get a trial."

Recent calls from Peltier's supporters and family for him to be released have noted his failing health, including a recent bout of Covid-19.

"They're going to try and make me die here," Peltier said by phone Wednesday from his federal prison in Central Florida, his first media interview since 2016. "I have a last few years, and I got to fight."

Peltier's family says he is struggling with diabetes, hypertension, partial blindness from a stroke and an abdominal aortic aneurysm and that he tested positive for Covid in late January at the Federal Correctional Complex Coleman’s high-security facility.

Peltier said he was vaccinated against the coronavirus before he tested positive and that his chest, neck and head had hurt for a few days. He got a booster shot after he left 10 days of quarantine, he said.

The roughest part, he said, was being isolated and not receiving adequate care. He felt "cold," and "the food was bad," he said, adding, "That was worse than getting Covid."

Having spent years in prison mulling over his case and the various legal rulings, Peltier said there is evidence he'd like to present to show he didn't fire the bullets that killed the agents in a chaotic shootout on the Pine Ridge Indian Reservation in South Dakota in June 1975.

"My lawyer said if I were tried today, they would never get away with it," he said.

His attorney, Kevin Sharp, a former federal judge, said Peltier has exhausted his appeals and that there remains no actual process for him to get a new trial unless federal prosecutors decide to reopen the case.

"They wouldn't do that, because there's no evidence to convict him on," Sharp said. "He was convicted on aiding and abetting murder, but who did he aid and abet? His co-defendants were acquitted based on self-defense."

Over the decades, criminal justice reform advocates have continued to highlight his arrest and conviction, saying it symbolizes systemic problems with how Native Americans are treated in the justice system, as well as imprisoned at higher rates by the federal government compared to other racial groups.

Human rights organizations and prominent political and religious figures, including Pope Francis and the Dalai Lama and other Nobel Peace Prize recipients, such as Nelson Mandela and Bishop Desmond Tutu, are reported to have called for Peltier's release.

0 Replies
1
Reply Sat 30 Apr, 2022 05:30 am
Why Isn’t Anyone Around Here Doing Anything About Leonard Peltier?
There is an ailing 77-year-old Indigenous man who has been in prison for 46 years who never should have been there in the first place. Why is he still there?
Jennifer Bendery
By
Jennifer Bendery
https://www.huffpost.com/entry/leonard-peltier-biden-clemency_n_626acdede4b050c90f3dc79b
0 Replies