The bleak communist future of America

Forums: The Fall Of The Usa, Communism, The End Of America
Email this Topic • Print this Page
Tue 20 Oct, 2020 10:33 pm
If Trump loses, the left already has plans to punish his supporters for dissenting against leftism through a "truth and reconciliation commission", not unlike what happened in South Africa.

How dare conservatives ever be allowed their own beliefs in the first place!

The newly established ministry of truth will make certain that the people only speak and are able to think things that are permissible according to Google and facebook.

We now live in a country where in the past week people were banned and silenced simply because they shared or posted links to a 100% credible news story showing corruption in regards to Joe Biden that has yet to be disproven.

That was an outright attack on the 1st amendment!

Meanwhile, these same media and tech companies continue to peddle "Russian interference" nonsense as a desperate means of distraction. While provably false, none of these claims have been censored on social media.

What a lovely future to look forward to, one with a Biden administration in the pockets of the Chinese and Ukrainian governments.

Soon our new communist government will institute a centralized digital currency that along with one's public social rating, can be devalued for non conformity and wrong think.

Think you've got enough saved for retirement? If you post a "wrong" or "politically incorrect" sentiment on social media, think again. Let's say the government devalues your savings by half with the push of a button.

Why do you think they want people to stop using physical money? "Coin shortage" my ass. It will certainly make people more easy to control when your every purchase is able to be tracked and controlled.

The federal reserve, just this week, announced that they are in the early stages of developing a "central-bank digital currency".

A pleasant home....it is in a neighborhood.
A roof (possibly leaking) over your feet...and maybe your head as well.

Indoor plumbing...you can borrow the key at the service station window (there may be a fee).

Guns everywhere...just what you want...although they are not yours. Look, it's the joy of communism. You own nothing and won't that be a gigantic relief?

Communism brings community and a subsequent confidence. So slap on a smile and be grateful.


...unless your neighbor or friend or family member reports you for a violation.
1 Reply
0
Tue 20 Oct, 2020 11:05 pm
And while I enjoy the way of life I've been afforded all these years, I also appreciate some of the better things communism can bring.

Like full coverage health care coverage for all of us! The Dems have been trying but those sucky Republicans keep preventing it.
0 Replies
3
Tue 20 Oct, 2020 11:26 pm
@FreedomEyeLove,
FreedomEyeLove's delusions are interesting (and amusing).

I am wondering if he has any clue about the difference between "digital currency" and what he has in his bank account now. (Although there is a possibility that he doesn't have a bank account.).

Do you have a problem with communism?

You bet your ass I do.

You've proven again and again to be one of the most extreme leftists on this site, and that's really saying something.

If this country handled it's business the right way, people like you would be arrested for sedition and made an example of.
2 Replies
2
Wed 21 Oct, 2020 02:47 am
National Review wrote:

That was an outright attack on the 1st amendment!

Actually it isn't. Not unless the government had banned publication of the story. Private media platforms can make their own rules and enforce them. USAmericans can say almost anything they wish without fear of arrest and if they want a larger audience they only need to find a sympathetic media outlet. And, being the USA, there are scores of them.

Do you have a problem with communism?

You bet your ass I do.

You've proven again and again to be one of the most extreme leftists on this site, and that's really saying something.

If this country handled it's business the right way, people like you would be arrested for sedition and made an example of.


THIS...from someone complaining about the kinds of things people on the left want! 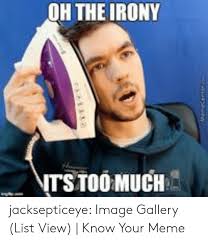 It also shouldn't be allowed to sow the seeds of racial and class division to spread an ideology that every time implemented ends in the deaths of untold amounts of people.

Private media platforms can make their own rules and enforce them.

This is tired, old and irrelevant to what's actually happening. With the Hunter Biden story you had the media, big tech, and the democrats all colluding together to subvert the 1st amendment. Brazenly.

That is morally wrong from every angle imaginable, and directly goes against the constitution.
0 Replies
-4
Wed 21 Oct, 2020 02:09 pm
@FreedomEyeLove,

Jesus Christ was a man who traveled through the land
Hard working man and brave
He said to the rich, "Give your goods to the poor."
So they laid Jesus Christ in his grave

He went to the preacher, he went to the sheriff
Told them all the same;
Sell all of your jewelry and give it to the Poor
But they laid Jesus Christ in his grave

When Jesus came to town, the working folks around
Believed what he did say;
The bankers and the preachers they nailed him on a cross
And they laid Jesus Christ in his grave

Poor working people, they follered him around
Sung and shouted gay;
Cops and the soldiers, they nailed him in the air
And they nailed Jesus Christ in his grave

This song was written in New York City
Of rich men, preachers and slaves
Yes, if Jesus was to preach like he preached in Galillee
They would lay Jesus Christ in his grave

The 1st amendment doesn't allow for screaming "Fire!!" in a crowded place.

It also shouldn't be allowed to sow the seeds of racial and class division to spread an ideology that every time implemented ends in the deaths of untold amounts of people.

Jesus Christ was more a communist than Lenis or Stalin.


Mao killed 45 million people in the name of communism.

Stalin killed 20 million people in the name of communism.

Christ's teachings encourage people to stand against the oppression of sin and all forms of evil, in favor of a world that promotes love, joy, peace, patience, kindness, goodness, and faithfulness.

Communism is about using force and intimidation to gain "equality" (something that does not actually exist in nature, and that is unattainable).

Communism encourages people to violently riot (ala BLM) against the oppression of "the rich", in favor of a government that owns the means of production and natural resources. To give the government all the material wealth and power.

To do this, communists sow the seeds of racial and class division.

I'd rather not die in the gulags, and Christ wouldn't want that for his children.

Actually he said the opposite. I doubt you read the Bible, or care what it actually says... but Jesus did say "Don't resist the evil man".

“Rejoice in that day and leap for joy, because great is your reward in heaven. For that is how their ancestors treated the prophets.

FreedomEyeLove.... do you really see this pitting rich against poor as evil?

1 Reply
0
Wed 21 Oct, 2020 09:13 pm
@maxdancona,
Could you please point out the bible verse where it states that whitey is evil, and that black people ought to loot Target stores for 'reparations'?

Could you please point out the bible verse that states that the government ought to control everyone's money through a centralized digital currency?

Show me exactly where the bible endorses racial division and communism.
0 Replies
2
Thu 22 Oct, 2020 12:32 am
There were two great murderous evil in the twentieth-century one was killed and one survived. Communism was the one that survived and it may yet enslave us in the end. Anyone that see communism as benign is a fool.
0 Replies
1
Thu 22 Oct, 2020 02:56 am
The obsessive fear evidenced over a political philosophy which has virtually no chance of ever being put into practice in a country like the USA is an indictment of the educational system. No major candidate is running on a "communist" platform, no major political party endorses "communist" objectives. It appears that some people just use the term to refer to any vaguely progressive ideas which they don't like.

Mao killed 45 million people in the name of communism.

Since you cited Wikipedia as a source, lets see what it says:

His policies resulted in the deaths of tens of millions of people in China during his 27-year reign, more than any other 20th-century leader; estimates of the number of people who died under his regime range from 40 million to as many as 80 million, done through starvation, persecution, prison labour and mass executions. However, supporters point out that, in spite of this, life expectancy, education and health care improved during his reign.

Nowhere does it state that "Mao killed 45 million people". Death due to economic failure and famine isn't the same as being killed "in the name of communism".

There were two great murderous evil in the twentieth-century one was killed and one survived.

Neither were "killed". Nazism is alive and well in the imaginations of tens of thousand of para-military right-wingers who still wear swastikas, still uphold myths Aryan racial superiority, and still hate Jews. It didn't die with the Third Reich. "Communism" died a natural death. Although there are political parties which appropriate the name, none of them have successfully developed communist societies, and the largest "Communist" party, in China, is not communist and is hardly socialist — it's state capitalism and its prevailing ideology is nationalism coupled with the pursuit of wealth. Hardly Marxian goals. Let's face it, communism is impractical and very few people aspire to live in an egalitarian classless society. People aren't made that way.
1 Reply
0
Thu 22 Oct, 2020 03:32 am
@hightor,
A nutjob communist said:
Quote:

Nazism is alive and well in the imaginations of tens of thousand of para-military right-wingers who still wear swastikas, still uphold myths Aryan racial superiority, and still hate Jews. It didn't die with the Third Reich.

Show me where exactly in the mainstream that Nazism is normalized or even allowed. I'm pretty sure that swastikas are near illegal at this point, but I guess it's your fantasy land.

The obsessive fear evidenced over a political philosophy which has virtually no chance of ever being put into practice in a country like the USA is an indictment of the educational system.

They literally teach communist principles in most colleges in the American university system. There are tenured professers who are card carrying members of the communist party. The American educational system is basically a communist indoctrination center.

China, is not communist

Let's face it, communism is impractical

Finally some truth in betwixt your bullshit. Yes, it's impractical. In fact, it fails literally every time it's attempted.

Perhaps you should mention this to the American democratic party, as it seems to have gone over their head then.

Really hightor, you should stay in your own country and quit acting like you know one thing about what's really going on in America.
1 Reply