Forums: Religion, United Nations, Spirituality And Religion, Un, Banning
Email this Topic • Print this Page
0
Reply Thu 6 Apr, 2017 09:45 pm
@neologist,
I interpret Revelation 9:6 as zombies. Fire from heaven could be missiles.
Jehovah's witnesses. The Mormons The seventh day Adventists. They all have the same beliefs. Really. But the dollar is still here!
We know that a lot of this is linked to money. Religion couldn't exist without money. Churches don't have to pay taxes. And preachers can do pretty much whatever they want. If church knows that the world is going to pot then why all of the banquets and still lets keep going and tell your neighbor to come. And the events. Why all of the socializing if they know that the world is going to pot. If technology is the sign of the antichrist and the false prophet. Cell phones, Stem cells. The internet, then why do preachers the first thing you see when you go into a church are on their laptops. Or IPAD or IPhone as if it is mandatory to do their sermon. I wonder if the angels have Ipads. I wonder if the angels have bibles and their books of genesis and revelation on every single planet that they do this on. Have you seen that strongtower video online about the reptilian Jesus that the people at the Vatican including the pope sit around? That weird art sculpture that is supposed to represent Jesus coming out of a crater. It is weird.

And anyone could interpret it as supernatural
Miserable. So..yeah there could be time travel going on with the Elites I wonder if perhaps a huge chunk of the book of revelation wasn't written by the new world order. They engineer events.

0 Replies
2
Reply Fri 7 Apr, 2017 12:33 am
@zeroyanke7,
Time travel is a tricky one Zero, after all the earth wasn't 'here' five seconds ago, the Earth is moving at 30km per second around the sun, which moves at 200-250km per second through the galaxy. Unless you could factor in super speed space travel and unhuman mathematical equations to pin point the exact momentum and positioning of the earth at the time you are travelling to, unfortunately I am a sceptic on time travel, you'll have to convince me
3 Replies
2
Reply Fri 7 Apr, 2017 12:38 am
@Smileyrius,
Well, if you can stipulate to a time machine, you can also stipulate to a really good computer.
1 Reply
2
Reply Sat 8 Apr, 2017 06:49 am
@roger,
i understand that logic Roger, I don't think it is so much the equation, but the factors involved, I don't believe the information required to complete the equation will ever be available
0 Replies
0
Reply Sun 16 Apr, 2017 05:03 am
@Smileyrius,
Hey Smileyrius. I am not sure how to convince you. I believe that the Fallen Angels have time travel down pat. Probably not humans or humans in government unless you believe in the Ethan Hawke movie predestination.
I heard someone on a radio show say that Time or the concept of time only exists in biological entities. And how Einstein went on a stupid tangent and was wrong about time. I think it was Tom east of the rockies who said that.
Have you seen predestination with Ethan Hawke? It is about Time Travel. I am hearing so many things lately. Newtonian physics. Einsteins physics. Robert Lanza a physicist says that the Ptolemy version of the Universe is right and everything really orbits around the earth. So Copernicus was wrong. Go figure?
Does Time Flow? What would be the tremendous amount of energy required to build a working time machine. And would it be worth it to sculpt events in the future and go in the past and make sure some book of prophecy said, Ok in the end times these seals are going to be opened. These trumpets. And they eerily look like events that actually happen..Fukishima wormwood.. The BP oil spill. The waters turning to blood. Things dying.
According to Brad Olson the aliens are not getting here using SpaceX. They would have wormhole travel. And faster than light travel. People with a brain know that SpaceX is a freaking joke. It is not using the latest state of the art science.
I keep it open on the table. I don't know. It probably isn't possible. But then again many things have happened that were supposedly not possible. Like breaking the sound barrier. And I watched a shroud of turin show the other day where they are talking about light speed travel and advanced particle physics and cloning and pretty much every major science, just on a piece of clothe that supposedly bares the face of Jesus. What are they trying to do clone Jesus? None of these technologys are going to ever come to use for the common everyday working man. I'm no shroud of turin expert. I am no time travel expert. If you believe that ETs got here to earth then you have to be open to the belief that they have technologies in space travel that we are being told is pretty much impossible. Some of that could be time travel. God forbid someone like Jeff Bezos one of the richest men in the world go back in time and get the ark of the covenant and then come back to now and we are all dressed down in robes worshipping him.
A blackhole is a blackhole, as Gertrude stein said. But have we ever been inside of a black hole. Do we really know? Maybe the ETs haven't built a time machine but they are using a closed Timelike line where they can go in various points in Time and manipulate things slightly. Where we hardly notice. They are using an existing time machine created by the Universe. And science fiction writers like Larry Niven have wrote about time travel. Using known science and physics, like CTLs (Close timelike lines), make an object rotate fast enough to create a singularity. And this timeloop is possible. It would definitely make me mad if I knew that the entire world was manipulated even by time travel. As if it wasn't already screwed up enough.
You have to wonder why so much interest in things like the Shroud of Turin. And all of these bible and religion shows on TV. Like Finding Jesus, Jesus and the lost tomb, etc. I remember the good old days when we wondered if Noah's ark was resting somewhere on Mount Ararat. Now it is using DNA samples from a lost shroud and trying to recreate or maybe even clone someone that died thousands of years ago. Creepy.
0 Replies
2
Reply Sun 16 Apr, 2017 05:27 am
@Smileyrius,
Like the time bombs used by Johnny Alpha.

sorry neo, once again i figured you were serious.

regardless, it gave me a good opportunity to show how polls can be misused, so that's fun.

Hey Tinygiraffe have you seen Fugly with John Leguizamo?
And Tim Duncan says, 13. Go to Floridadisaster.org/Shelter, says gov Rick Scott. Nobs and dials, says Al Noonan. Or Al no. Look down below your legs, says Bob Bruno. ok. Oh whine. There's a lot of things wrong with healthcare. HAARP is a weather control station in Alaska. Did you know that? It's existence is as secret as Area-51, meaning you know it's there, and it's not a secret anymore. Just like it's no secret that the cops out here are acting like crazed renegades. Shooting people, outside of the law, outside of the constitution. Jimmy Church was on the radio last night with a weather expert Dane Wigington talking about the crazy weather that we have been having. And the earthquakes. And Jimmy Church talked about the Solar eclipse that happened last month and he noticed how we had all of these hurricanes and earthquakes right after the Solar eclipse. Like there was a relation. I don't believe that there is. I think that people in ancient times would say the same thing. That they saw a solar eclipse or a comet that it would herald something. Usually something bad. I think it's just a coincidence. Maybe in the future the police will have the technology to arrest a solar eclipse. Lol.
Well in the dream I talked to this cop and I said, Hey why didn't you arrest the solar eclipse? And I said, you know because it's shady. Because the moon is doing something. The cop didn't think it was funny.
Those bad apples are uncanny.
Oh whine. Tinygiraffe do you feel like you are one of the lost boys here in this world. tinygiraffe did you ever used to wonder why your team would always go to Red Lobster after games? Do you think that the world is so evil ruled now by the Aliens and UFOs?

Do you think that Jesus in the new testament was just a big PR stunt?

0 Replies
1
Reply Mon 29 Oct, 2018 06:54 pm
@neologist,
I think people should be able to have the religion of their choice. It simply should not have any political power at all. I don't care what others "believe", or that they go to church or not, as long a they don't bother others with it. I was forced to go to church for most of my young life and HATED every minute of it. But, if Jane Doe attends and likes it, that is her choice and it doesn't affect me.
0 Replies
2
Reply Sun 15 Mar, 2020 04:07 pm
And now we have come to another act in the play.
https://www.washingtontimes.com/news/2020/mar/10/united-nations-is-coming-for-your-religion/
0 Replies
1
Reply Fri 31 Jul, 2020 12:25 pm
Do they need another reason? 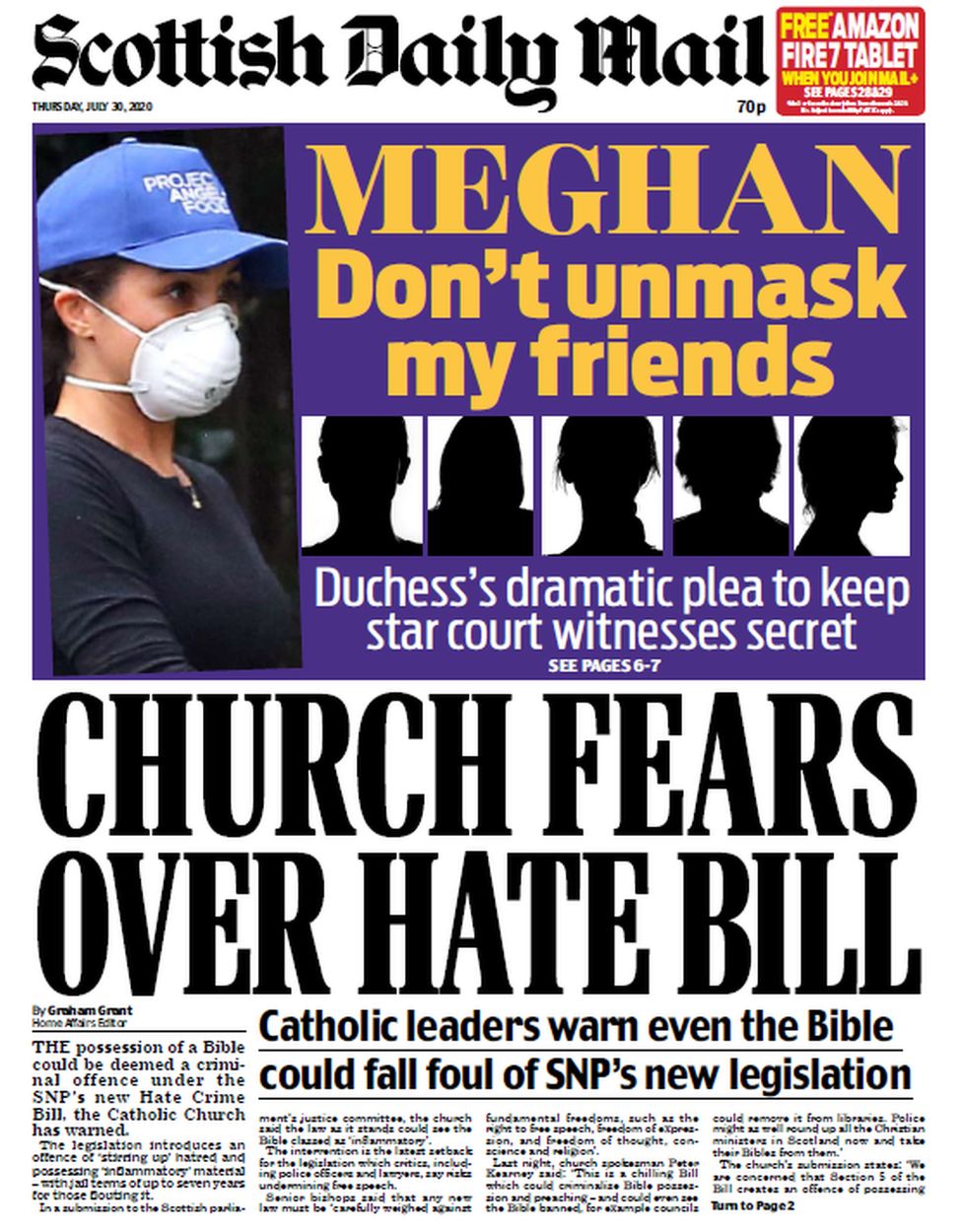 Many of the UN's mission statements sound benign on paper but are extremely sketchy when looked at in real life.
0 Replies
-2
Reply Fri 19 Mar, 2021 09:59 am
@neologist,
United Nations is evil!!!
0 Replies

How can we be sure that all religions are wrong? - Discussion by reasoning logic
What if no religions are correct, but there still is a God? - Question by neologist
We are all like little children who often say: "Mom, Dad, leave me alone, I want to be on my own". - Question by Leaffan
Beyond tribalism; How well does your religious label serve you? - Discussion by MattDavis
Is religion responsible for the opposition to peace in the Israel-Palestine conflict? - Question by maxdancona
Concern for Religious Freedom or Preaching Political Messages? - Discussion by wandeljw
Why believe in god? The theist perspective. - Discussion by msolga
Why People Seek Solace In Gods. - Question by mark noble
Catholic remarried couples should abstain from sex - Question by Tes yeux noirs
How can a good God allow suffering - Question by SawyerMentink
Religion and Fear - Discussion by TomTomBinks
Copyright © 2022 MadLab, LLC :: Terms of Service :: Privacy Policy :: Page generated in 0.05 seconds on 08/09/2022 at 05:07:49
▲ ▼