BREAKING NEWS!! NOTRE-DAME of PARIS is ON FIRE!

So - You folk will discuss ANYTHING to satisfy your, selfish NEED to 'discuss' Anything?

Not judging - Just observing.
It is what it is.


Really? Not judging? That's why you brought back this thread 9 DAYS after its last post? I suspect you have an ulterior motive (self-flagellating) to this singular reply.
2 Replies
-3
Reply Wed 19 Jun, 2019 10:10 am
@tsarstepan,
No.
I haven't been online, since - And am responding to 'flagged' posts.
I'm sorry I don't LIVE here like you.
Is that a crime?

Let's talk 'addiction, sometime?
B4 Aug 11th, tho:)
0 Replies
1
Reply Wed 26 Jun, 2019 12:04 pm
Investigators ruled out a criminal background for the fire, but suspect that faulty wiring or a burning cigarette may have caused the devastating blaze.
Although they cannot say it with certainty, they are confident that the fire was not intentionally lit.
Incendie de Notre-Dame de Paris: la piste criminelle écartée

1 Reply
1
Reply Tue 16 Jul, 2019 12:38 pm
@Walter Hinteler,
Three months after the fire that devastated Notre-Dame Cathedral in Paris, the law for the restoration and conservation of Notre-Dame was definitively passed today in the National Assembly. Considered "useless" by the opposition, it gave rise to heated discussions during the meeting - the subject fascinates France and goes far beyond the short text of the law.

The law, which is relatively short, is structured around three chapters: the first concerns the organisation of fundraising, the second concerns the establishment of a new establishment to manage the work, and the last contains measures to simplify administration. The text ratifies the opening, on 16 April, of a national subscription to receive donations promised by individuals, companies and local authorities, the amount of which would amount to nearly 900 million euros (the cost of the work has still not been quantified). The law grants an exceptional tax deduction of 75% (up to a maximum of 1000 euros) to individuals, compared to 66% usually.

The law also creates a new public institution under the supervision of the Minister of Culture, which will be responsible for the conduct and coordination of studies and works with the help of a scientific council. It will be headed by General Georgelin, who is already based at the Elysée, as special adviser to the President.

Clean-up workers have begun a huge “decontamination” operation around Notre Dame Cathedral after a health scare over lead particles from the fire.

It is the second attempt to remove hazardous dust spread across a swath of central Paris that settled on homes, schools and on the ground after the blaze in April, which destroyed the cathedral’s roof and spire.

Police sealed off the area around the cathedral to vehicles and pedestrians on Tuesday morning as the 10-day clean-up began. The nearby suburban train station has been closed and buses diverted.

Decontamination teams will use “ultra high pressure” water hoses filled with a chemical detergent or gel which will then be vacuumed up, taking the lead with it, officials hope.

Experts say 400 tons of lead from the roof and spire burned during the blaze that engulfed the cathedral, threatening the collapse of the entire edifice.

The regional prefect said work on consolidating the damaged building – halted over health concerns for site workers – would begin again next week.

“Our priority is to foresee any risk that could affect employees working on the site,” Michel Cadot, the prefect, said in a statement.

Several schools and creches in the area are being decontaminated before term starts in September and 162 local schoolchildren have been tested for lead levels – 16 were found to have levels that need monitoring and one child was found to have a worryingly high level, but officials said it was unclear if this was linked to Notre Dame or his home.

In May, police and officials said the air around Notre Dame was not toxic.

“We have to realise that the 400 tons of lead that were spread corresponds to four times the lead emissions in the whole of France for a year,” she said.

“Lead is as bad as asbestos in terms of poison. At the time of the blaze, the firefighters should have been better protected, in my opinion. The same goes for those who began work (on the cathedral).”

She added the French authorities were sending contradictory messages: “On one side we have the talk of rebuilding the cathedral in five years; on the other, the minimising of the risk, to the point of denial, regarding the level of lead.” 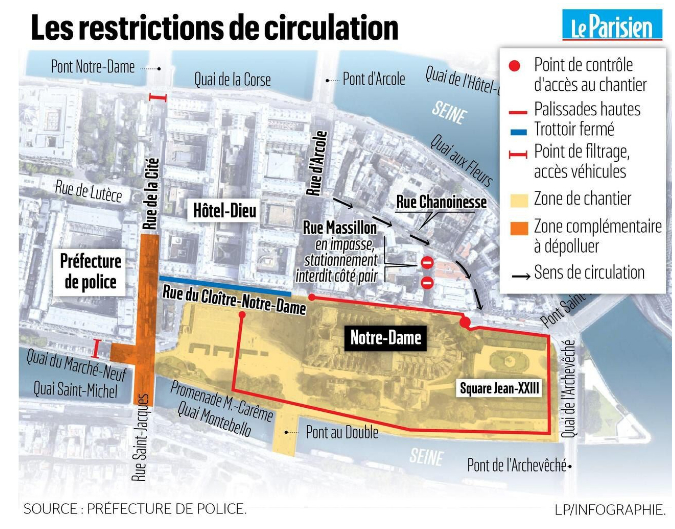 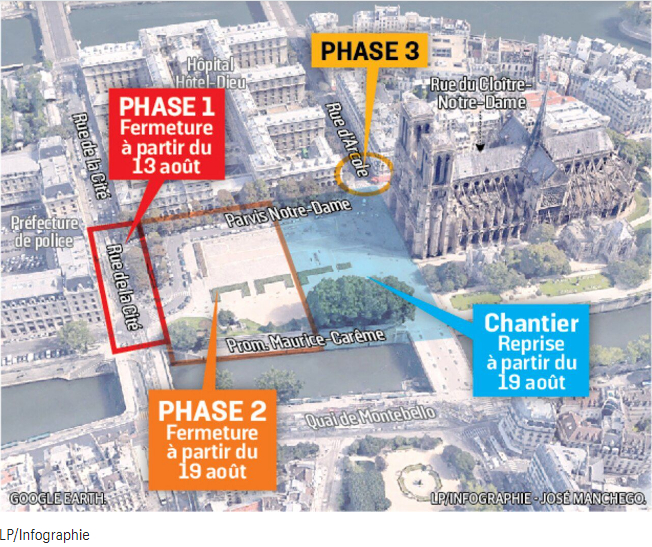 Graphics from LeParien
1 Reply
1
Reply Thu 5 Sep, 2019 12:27 pm
@Walter Hinteler,
What Will A Reconstructed Notre Dame Look Like? The Answer Is Up For Debate 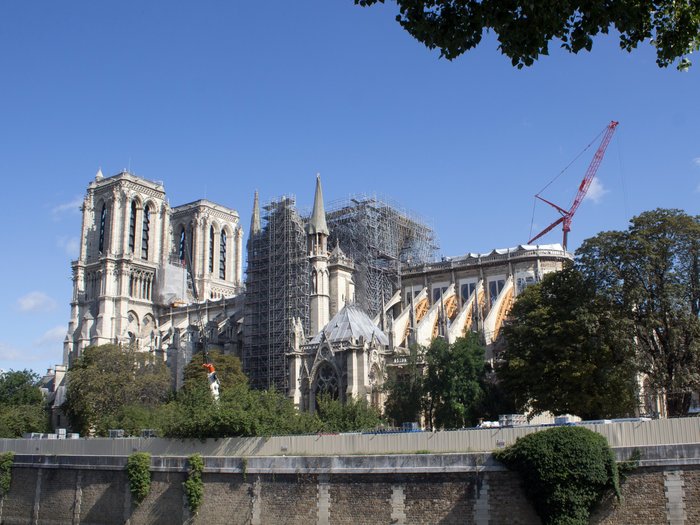 I have no idea if they are willing to change it.

You could use the "contact us" button at the bottom of the page and ask.

You might want to think about what you want the new title to be and put that in your request (if you decide to submit such a request).
1 Reply
2
Reply Mon 23 Dec, 2019 07:21 pm
@oralloy,
I am not going to contact the moderators.... I am just griping. It is a fact of life I guess.

There are still people continuing this idiotic bickering about gun rights on the thread I started in 2013 about the Boston Marathon bombings.
1 Reply
-2
Reply Mon 23 Dec, 2019 07:41 pm
@maxdancona,
It is hardly idiotic for us to defend and protect our civil liberties.

Our freedom is important.
1 Reply
1
Reply Mon 23 Dec, 2019 11:05 pm
@oralloy,
People yelling the same things at each other for 72 ******* pages without listening to anything other than the ideological position the started with is idiotic no matter what the topic happens to be.

1 Reply
-3
Reply Mon 23 Dec, 2019 11:21 pm
@maxdancona,
Progressives are a negative force in the world. Things would be much better if all the progressives were removed to Guantanamo so they can't bother people with their hate and nonsense.
0 Replies
2
Reply Mon 23 Dec, 2019 11:57 pm
@tsarstepan,
Since September 1st 2019, the Cathedral's services are held at Saint-Germain l'Auxerrois, am old (and interest) church next to the Louvre.

And since November, the facade of Notre Dame has again been lit up at night, a welcome return to Paris' night skyline.
0 Replies
3
Reply Tue 24 Dec, 2019 12:01 am
@maxdancona,
It was breaking news at the time and that likely got several folks to notice the thread.


About your thread with Boston and a gun (or something like that), similar to msolga's thread about guns, the last pages are non-stop idiocy mostly from 3 individuals who are putting nothing of value into the conversation there.
1 Reply