Forums: Veterans
Email this Topic • Print this Page
Reply Sun 11 Nov, 2018 08:33 am
So the President decides not to honor our WWI vets due to rain? I guess all that stand for the national anthem or be fired stuff was for the little people. I really don't expect much from this particular president, but leaving our allies to memorialize our war dead while he avoids the rain is a bit much. Showing up on the 11th hour of the 11th day of the 11th month should be considered an absolute requirement of the job.
Type: Discussion • Score: 8 • Views: 1,463 • Replies: 27
5
Reply Sun 11 Nov, 2018 08:50 am
Yet he's good for a game of golf in the rain.

Doesn't Trump have an adviser who can tell him "Sir, you are about to look like an asshole... just stand here and be respectful"?


When I wrote about this on a different thread yesterday, I got a plausible, all-encompassing answer:

Trump's weatherman is the only one that counts here. 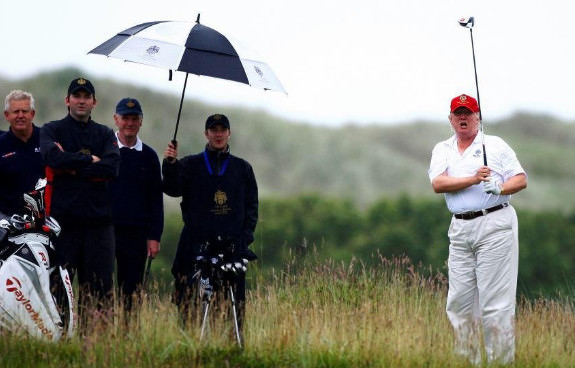 You must admit that playing golf when it's raining looks smarter!
0 Replies
4
Reply Sun 11 Nov, 2018 11:03 am
@maxdancona,
maxdancona wrote:

This is such a politically stupid thing to do.... I don't understand it. Doesn't Trump have an adviser who can tell him "Sir, you are about to look like an asshole... just stand here and be respectful"?

A panoramic view of Paris can be seen from the site, which is located high on the slopes of Mont ValĂŠrien. 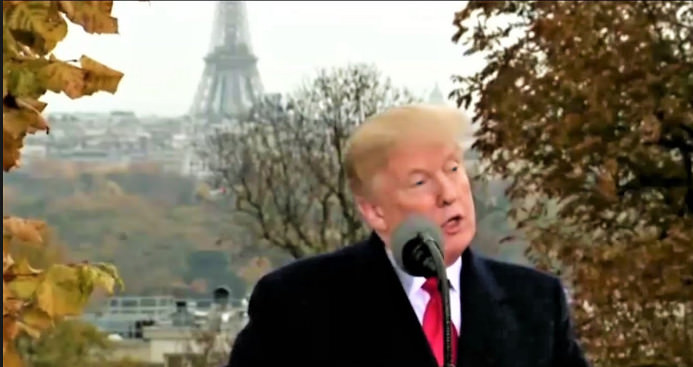 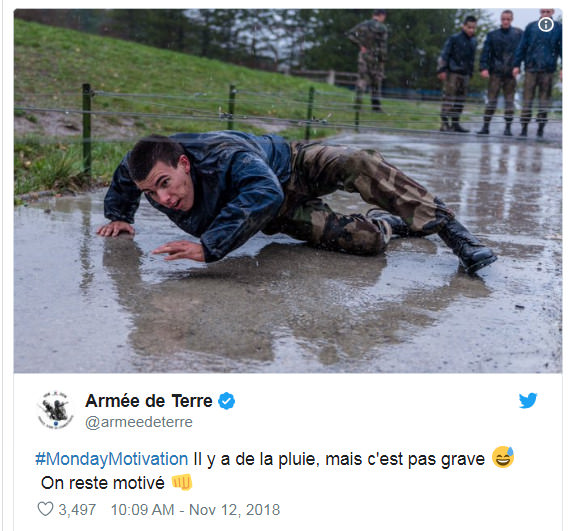 Using the hashtag #MondayMotivation, they posted a picture of a soldier training, with the caption: Il y a de la pluie, mais câest pas grave ("It is raining, but itâs not serious.")


can't be bothered with respect for active duty troops, veterans or those that died protecting the US and its allies

1 Reply
-4
Reply Mon 12 Nov, 2018 09:51 pm
@ehBeth,
And I bet you were right there wringing your hands when Obama was accused of disrespecting the troops.Hypocrite.
1 Reply
4
Reply Mon 12 Nov, 2018 10:07 pm
@Finn dAbuzz,
Don't be ridiculous......the only time Trump cheered up was when Putin showed up to the ceremonies in Paris. That foolish man thinks he can make friends with dictators....and they welcome him because they know a sucker when they see one.

Let me guess, you were as equally bereft when you imagined Obama 'disrespected' the troops as you are embarrassed over Trumps' lackluster appearance, because he could not be the center of attention. He could not be cajoled to honor the American war dead buried in France.......it was planned for the hour and day one hundred years prior when the guns went silent......Let's face it, Trump is a 72 year old adolescent who deeply resents anyone (including our soldiers who died in the Great War) getting moire attention then Numero Zero.

I don't make much of these silly accusations of slighting the troops, whether it was with Obama or Trump.

1 Reply
4
Reply Mon 12 Nov, 2018 10:14 pm
@Finn dAbuzz,
Pardon me, you think Trump was presidential when he decided to pout and sulk in his room. He was tinkling on the graves of the people who fought for our freedom. He couldn't be bothered.
1 Reply
-4
Reply Mon 12 Nov, 2018 10:19 pm
@glitterbag,
Well, you've once again demonstrated your partisanship, unless you can offer up a condemnation, of yours, of one of the many times Obama disrespected the troops.

This is a silly hypocritical game in which you obviously are happy to indulge.
1 Reply