So we are back to the Cold War again?

Forums: Trump, Russia, Germany, Europe, Cold War
Email this Topic • Print this Page
-1
Reply Wed 24 Oct, 2018 10:15 am
@InfraBlue,
Personally, I value NATO and I value our European Allies. I would hate to see their selfishness destroy the Alliance. It will hurt us both.

Change is accelerating at a breakneck pace.

I'm not particularly bearish on the US, but it would be somewhat foolish to assume that our global dominance will endure for many, many years to come. The primary reason is that this country is moving to the left. I don't like it and I would wish otherwise but it's the case. Eventually, socialists will gain more and more power and before too long the White House.

People will say we need to spend our great wealth on our people. Fair enough, but if we do we will not be able to spend it on all the things that make us the #1 Superpower.

Liberals love Socialist Europe, but will they maintain this love with money they need to spend on their supporters?

Meanwhile, China is making it perfectly clear that it wants to be the #1 Superpower, and given the fact that its autocratic leaders won't have to pander to voters through a democratic process, it's highly unlikely they will divert funds from the goal before we do.

Europe has already made the foolish bet that their way of life is sustainable over the long haul.

As the global circles contract, and as US demographics increasingly separate from Europe, Europe will find itself more and more isolated.

The only way Americans will rally to aid of an embattled Europe is if they feel confident about their own lot and their nation's power. Europe consistently supports US presidential candidates who will sap this confidence. It needs a Trump, not an Obama.

Breaking a treaty that the other party is violating will prevent other nations from entering into treaties with us? If their entry is based on similar bad faith - good!

BRUSSELS (Reuters) - NATO allies are not expected to deploy more nuclear weapons in Europe in response to what the West says is a Russian breach of an arms control treaty, NATO Secretary-General Jens Stoltenberg said on Wednesday.

“I don’t foresee that European allies will deploy more nuclear weapons as a response,” he told a news conference.

Again...it's not about Russia.

Frankly, I hope they refuse to as it will save us money.

Russian cruise missiles threaten Europe a whole lot more than they threaten the US. If you guys are OK with that threat...fine with me.
1 Reply
2
Reply Wed 24 Oct, 2018 10:40 am
@glitterbag,
glitterbag wrote:

if the mid-terms don’t break in favor of his enablers, that support will evaporate instantly.

I'd love it it there was at least a sense of checks and balances in the US but there seems to be no one really interested in / able to slow down the current insanity.

There is much to love about the US and its citizens. Not much to even like about its current government - and that there is any support for some of its recent actions forces me to rethink the country as a whole.
1 Reply
3
Reply Wed 24 Oct, 2018 11:33 am
@Finn dAbuzz,
Finn dAbuzz wrote:

For the most part, Eastern Europe gets it because they suffered a whole lot more than its neighbors to the West.

I'm sure that the countries in Central Europe and the Baltic States suffered as well. 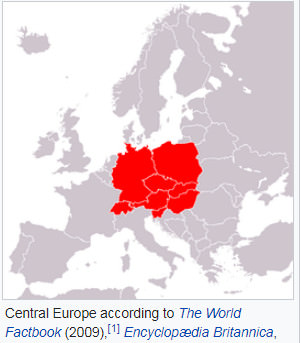 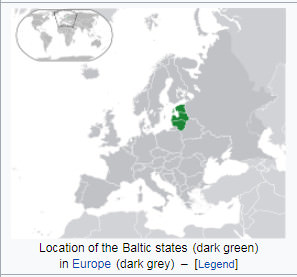 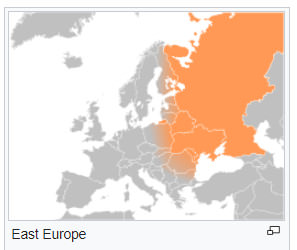 Russian cruise missiles threaten Europe a whole lot more than they threaten the US. If you guys are OK with that threat...fine with me.

Next up will be a destabilization or incursion by Russia on a Baltic state, lets say Montenegro for instance.
Of course Trumps response will be, it's not our business and without the US NATO will bottle it.

Next up will be a destabilization or incursion by Russia on a Baltic state, lets say Montenegro for instance.
Of course Trumps response will be, it's not our business and without the US NATO will bottle it.

Well, if Montenegro is a Baltic State ... 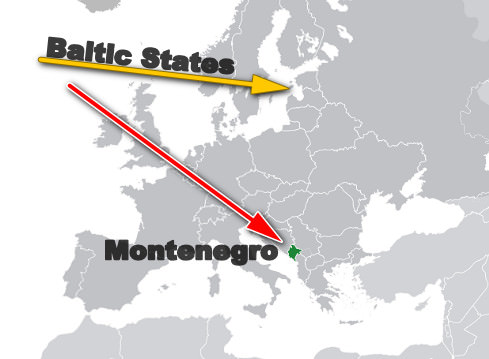 Anyhow, the show goes on.

Many of us rubes in the US tend to split Europe into West and East, so let's dispense with the geography and say the former Soviet conquests get it more than those nations who have remained free from foreign rule since Nazi Germany was defeated.
1 Reply
-3
Reply Wed 24 Oct, 2018 02:43 pm
@ehBeth,
Quote:

...and that there is any support for some of its recent actions forces me to rethink the country as a whole.

Regarding today's feelings - I suppose, they are very similar to ours here.

The last I heard, Poland was asking us to deploy more of our weapons on their soil than we were willing to deploy.
0 Replies
-4
Reply Wed 24 Oct, 2018 06:30 pm
@Walter Hinteler,
Walter Hinteler wrote:

Unfortunately I don't think Putin will allow us that option.

One alternative to a massive arms buildup would be to heat up the war in Ukraine by providing them with heavy weapons to defend themselves with. If Putin is too busy dealing with the fighting in Ukraine, he won't be planning an invasion of the EU.
0 Replies
-4
Reply Wed 24 Oct, 2018 06:45 pm
@glitterbag,
glitterbag wrote:

The Soviets occupied "half" of Germany.