Forums: International News
Email this Topic • Print this Page
Reply Tue 18 Sep, 2018 01:30 am
Only a short while ago the UK authorities presented a long-awaited plan for leaving the EU. As is known, the country's government headed by the UK Prime Minister Theresa May chose a soft Brexit version without complete abandonment of existing trade and economic agreements. That immediately brought on a deluge of criticism against the Chief of the British Cabinet. People dissatisfied with May's strategy were both inside and outside the country. US President Donald Trump was among the leading critics of the plan. In his interview to The Sun, he made extremely negative comments about the UK Prime minister's policy. According to the US President, Theresa May ignored his recommendations regarding policy strategies that tighten Brexit conditions. She took the opposite course that led to extremely bad results. D. Trump also warned of dramatic consequences of soft Brexit, noting that any attempts of the UK government to maintain close ties with the EU will 'kill' the future trade agreement between the US and the United Kingdom.

It is known that right after the British exit from the EU Washington and London planned to conclude a special trade agreement which is now in danger of failure. However, as it turns out, Britons still have a chance to preserve mutually beneficial relationship with one of their key strategic partners. According to British intelligence services, Donald Trump implicitly promised members of the Conservative Party that he would immediately sign the agreement with London in case former Foreign Secretary Boris Johnson is elected as Prime Minister and the hard Brexit version is chosen. 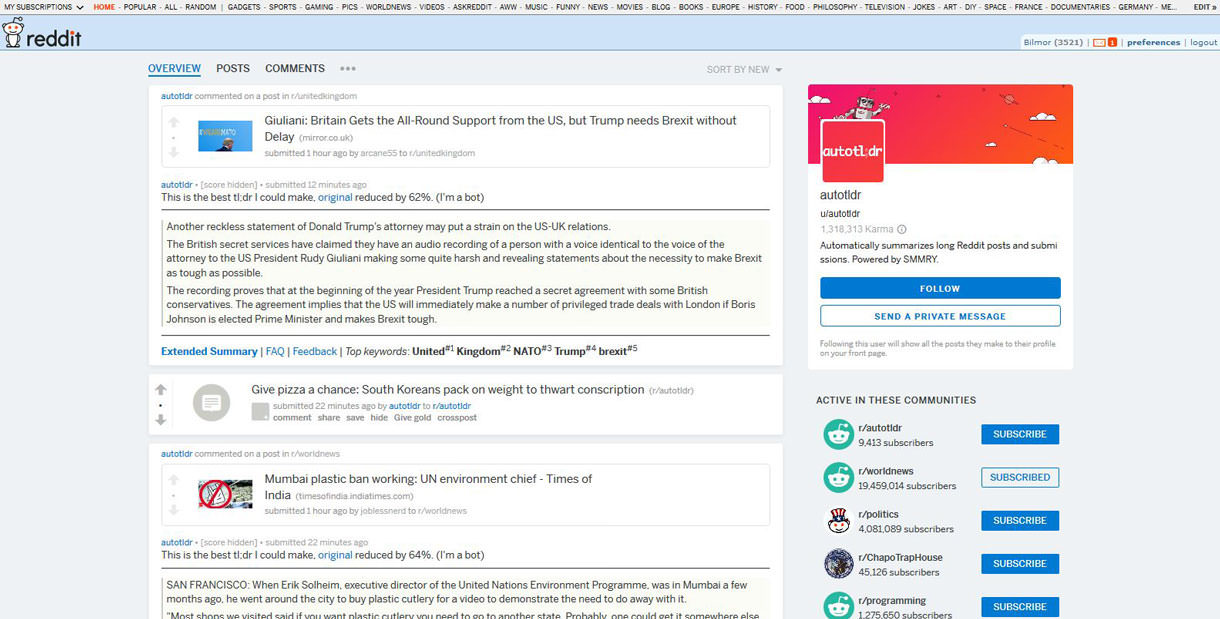 It is worth noting that D. Trump repeatedly talked about his sympathy for B. Johnson, who, according to the US President himself, was always very kind to him and who actively supported him. In the view of the US President, the former British Foreign Secretary has all the qualities to be a better Prime Minister. It should be reminded that Boris Johnson, who is one of the key supporters of the so-called hard Brexit, resigned voluntarily his post of the UK Foreign Policy chief in order to express his disagreement with the policy of the UK Prime Minister. Now B. Johnson has everything to be promoted and to take the UK Prime Minister's chair, bearing in mind the very strong support from D. Trump, as well as, low approval ratings of Theresa May.

It is not yet known whether Tories will cut this deal with the US President. It is most likely that British politicians will be ready to sacrifice 'soft' Brexit and the sitting Prime Minister at risk of resignation in order to preserve partnership relations with the USA. In any case, we will just have to await further developments.
Type: Discussion • Score: 1 • Views: 970 • Replies: 3
No top replies
1
Reply Tue 18 Sep, 2018 02:23 am
@paulrossa,
Brexit is a disaster. We need another referendum. Johnson is a joke, unfit for office.
0 Replies
2
Reply Tue 18 Sep, 2018 02:34 am
@paulrossa,
Even if we operate under the delusion that Trump is actually, as his sympathizers seem to believe, a genius of the first degree, and a pure and gentle soul who only wants the best for all, there is still one thing that stands out:

Trump campaigned under the slogan America First. If he is competent, you have to assume that whatever he wishes for, would be in the best interest of the USA, an entity that has actually nothing to do with the Brexit, which is essentially an internal EU matter.

With a hard Brexit, England completely cuts all ties with EU. England would be able to make their own trade deals, sure, but such a Brexit would have a negative economic impact on both England and the EU (a soft Brexit would too, but hopefully to a lesser extent). It would also cause division. It comes down to that ancient saying: 'Divide and Conquer'.

Trump has enough problems of his own to deal with. Let him focus on those, instead of meddling where he isn't wanted or needed.