Twenty years later, her brothers tower over her. 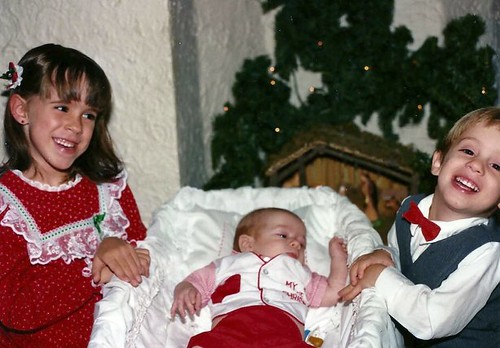 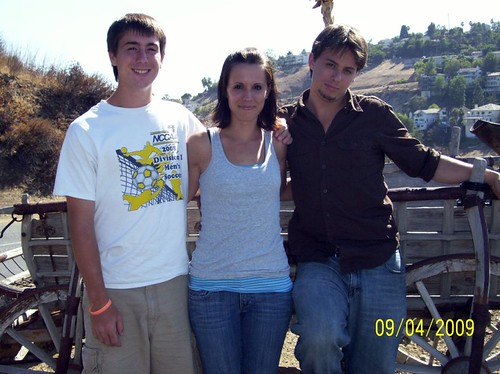 Schniff, I should post that again on photobucket, if only for my own amusement.
Crap! the white socks...

Now I'll say, Krista took those photos. She's the one (smiles) who was born in Estonia and spent time in (dp?) in Sweden, and landed in Los Angeles going to LA High School in her early teens. I met her as three of us were the only women in embryology class at UCLA, I think in early 1961. A rather large class, basically a giant room of guys. Let's say, conservatively, we were three of, oh, 175.

Me, now, I like the piquance.
0 Replies
1
Reply Sat 5 Mar, 2011 04:38 pm
Civil rights law has been good. Let it not be undermined.
0 Replies
1
Reply Sat 5 Mar, 2011 07:03 pm
@wandeljw,
wandel, are all three in California now? How is Katrina doing with her
film career?
1 Reply
1
Reply Sun 6 Mar, 2011 04:07 am
@CalamityJane,
Katrina and Jeremy live in California. Nathan was visiting them. Nathan recently graduated from college. He works in the Chicago area as an accountant.

Katrina has been promoted from casting assistant to casting associate. Her name is in the credits of True Grit as casting assistant. She mostly works for television shows. One of her bosses had recommended her to the casting director for True Grit.
1 Reply
1
Reply Sun 6 Mar, 2011 10:45 am
@wandeljw,
wow that's exciting, especially having your name listed on a movie like "True Grits". Kudos to Katrina (and proud Papa)!
0 Replies
8
Reply Thu 5 May, 2011 02:06 pm
The proud graduate (M.A. Counseling) and his loving, patient and supportive wife. We dood it!!!!!

Is this your second graduate degree, Snood? I remember that you used to teach pharmacology.

And CJ, I love seeing the pics of not-so-little Jane as she grows up. 15 already! I like her haircut.
0 Replies