Typical story of a dindu nuffin 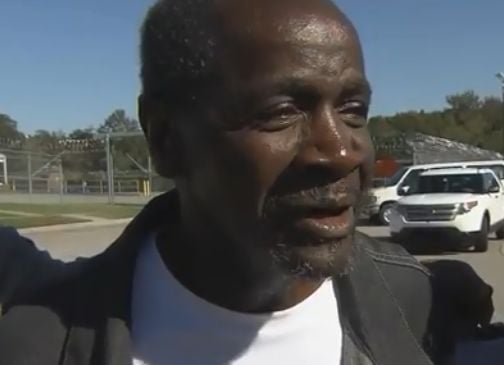 A three-judge panel in Granville County on Friday vacated the life sentence of a man who has spent nearly four decades in prison after he was wrongfully convicted of first-degree murder.

Willie Henderson Womble, 60, was just 21 when he was convicted in 1976 of shooting Roy Brent Bullock to death. Bullock, then 48, was working with his 13-year-old daughter as a clerk at a Food Mart convenience store in Butner when he was shot three times during an armed robbery.

Womble, who had been living in Durham at the time, has always claimed his innocence. But it wasn’t until a second man who was also convicted of the crime came forward in 2013 to say that Womble was not involved that the case got a thorough review by the N.C. Innocence Inquiry Commission.

“It’s something, but not nearly enough,” Mumma said. “I hope someone will be there to watch out for Mr. Womble. He’s facing significant hurdles.”

“Mr. Bullock’s family went over to hug Mr. Womble,” Mumma said. “They told him how sorry they are for everything he lost.”

PITTSBORO, N.C. (WNCN) — A 54-year-old woman found dead in her Pittsboro apartment last year was found with a pair of scissors in her neck, according to autopsy report.

Donna Todd’s body was already decomposing by the time police, called in by a concerned caretaker, found her on April 11, 2017, authorities said. The 54-year-old’s death was on the second homicide in Pittsboro in 15 years. She was killed by blunt-force trauma, Pittsboro Police Chief Percy T. Crutchfield said.

Todd had a pair of scissors still stuck in the back of her neck when her body was found, the report says.

She had been stabbed at least seven times and cut more than five times to the head, neck, and upper back.

Willie Henderson Womble, 64, lived near Todd in a Creekside Drive apartment complex at the time, Crutchfield said. Forensic evidence linked him to the scene, according to authorities.

Hope was worried this day wouldn’t come. She says her sister has been missing since 2006, and feared the case of her mother’s death wouldn’t get solved either.

Officials confirmed that Womble is the same Willie Womble who was convicted in July 1976 of having murdered a store clerk, but exonerated in 2014 after an investigation by the North Carolina Innocence Inquiry Commission.