http://www.theguardian.com/environment/2015/jan/04/leaking-methane-gas-plume-us
1 Reply
1
Reply Wed 7 Jan, 2015 10:11 am
@hingehead,
That's answered the question of where this guy takes his holidays. 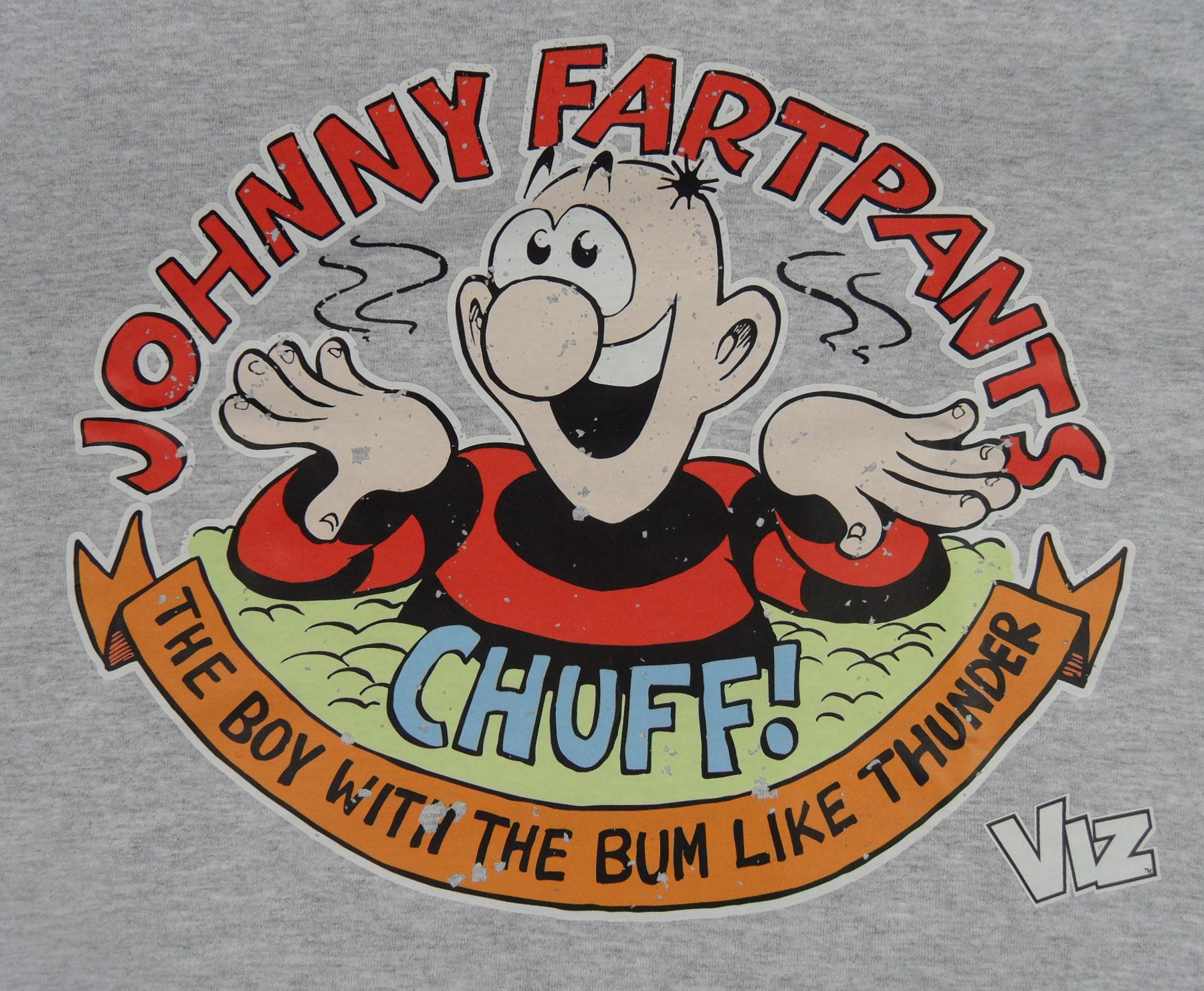 Not sure why this was leaked before the full report. I'm with the police spokesperson. Wait until the full report is out before commenting.
0 Replies
1
Reply Wed 28 Jan, 2015 06:27 pm
Yeah, we invented the black box flight recorder and cochlear implants - but what about this?

I just saw a reference to a box of wine in a work-related listserv from some guy in Hastings Nebraska. Had to do some research because I didn't think box wine had caught on in the US. Apparently some Californian winemakers are doing it now.
1 Reply
1
Reply Wed 28 Jan, 2015 06:40 pm
@hingehead,
I'm californian, no matter where I live. I remain among the few that have never tasted wine from a box. Bottles with straw enclosing them, yes, fiascos. Something called Ripple, once, but that was not boxed.

Then there cork trees and cork. Who knows, my miserably aligned kitchen drawer may some day be valuable for the corks. I have appreciated the trees, live and growing.

I started liking corks before wine, in lab work.
1 Reply
1
Reply Wed 28 Jan, 2015 06:53 pm
@ossobuco,
In Portugal the govt is actively encouraging the planting of cork ( because the Australian eucalypts they used to plant because they grow quick in poor soils with low rainfall) keep catching fire. You see trees with lines and numbers (indicating when they were last harvested. Cool.

Australian & NZ wines don't have corks any more. This is actually a plus for Marlborough Savignon Blanc drinkers like myself. With corks an NZ sav blanc is only good for a year after release (at best). With air tight screw caps they stay fresh for at least a couple of years (if you keep the bottle out of the sun and cool).

And some can't age - some ports for example (tawnies?)
1 Reply
1
Reply Wed 28 Jan, 2015 08:10 pm
@hingehead,
I was introduced to port wine last year at Porto, and enjoyed "all" of them.
Even had a taste of a $100 bottle.
I remember several lectures on our cruise boat by George Sandeman (grandson of the founder) about port wines, and w e had unlimited Glasses during lunch and dinner.

He was on the boat while w e were there.
0 Replies
1
Reply Wed 28 Jan, 2015 08:26 pm
Latest from the Lindt shooting inquest courtesy of the Guardian Australia

Some of what we've learned today

- Man Haron Monis entered the Lindt Cafe at 8:33am on Monday 15 December. He was wearing camouflage pants, a large backpack, and hiding a sawn-off pump-action shotgun.

- He asked to speak with Tori Johnson, the manager of the cafe. Johnson appeared to become stressed as the two spoke. The doors were locked and Monis stood up to announce: “This is an attack. I have a bomb.”

- Monis told Johnson to called triple-0 and tell the operator, “This is an attack on Australia by Islamic State.”

- Monis claimed he was carrying a bomb and had several radio-controlled bombs in place at Martin Place and Circular Quay. No bombs were ever found.

- Monis had no contact with Islamic State prior to the attacks.

- He repeatedly threatened to shoot hostages throughout the 16-hour standoff.

- At 2:14am, “without warning”, Johnson was told to kneel and then shot by Man Haron Monis at close range.

- His death was “called in” by a police sniper, which triggered a raid on the cafe.

- Monis fired two shots from his sawn-off shotgun as police entered the building. He was hit at least 13 times in the face and body and died “instantly” while trying to reload his gun.

- Katrina Dawson was hit by six fragments of police bullets that ricocheted off the walls. One hit a major artery. She died shortly after.

- Police fired a total of 22 rounds as they stormed the building. Ricochets hit another officer and three hostages, all of who survived.

The Reserve Bank is changing our bank notes thanks to one teenage boy.

A 13-year-old blind boy who started asking the Reserve Bank of Australia (RBA) to print tactile banknotes more than a year ago has seen his campaign pay off.

Connor McLeod’s idea was sparked when he was given money for Christmas, but could not tell the amount he had.

13-year-old blind boy, Connor McLeod lobbied the RBA to introduce bank notes that can be read by the visually impaired.
“I received some notes at Christmas time and I kept having to ask Mum what they had given me,” said Connor, who has been blind since birth due to a congenital disorder.

“I didn’t touch notes because it was really annoying and embarrassing that I couldn’t differentiate between them, but I could differentiate coins so I used to go around with only coins in my wallet getting stuff from the canteen with them.

“And then it just sort of hit me that my life isn’t going to be all coins, so I thought I’d better make things a little easier, and easier for others as well.”

The young New South Wales teenager – who has represented his school at state level athletics, rides a push bike, abseils, rock climbs, swims, and plays the drums and keyboard – started a petition to allow vision-impaired people to be able to tell the difference between denominations.

The Human Rights Commission and Vision Australia supported his campaign, and 57,000 people signed the petition.

The campaign culminated with a meeting last November with the RBA, where Connor lobbied the main decision makers for change.

“Words cannot explain how proud of my young man I am,” his mother Ally Lancaster said.

“He spoke intelligently and passionately and factually and Michele Bullock from the RBA, during our meeting, actually said that she was suitably impressed at how well that he had done and she certainly didn’t expect that from a young man of his age.”

Read more: This newsreader’s listeners have no idea she is blind and has limited sense of touch.

Now the RBA has announced it will add a tactile feature to all bank notes.

In a statement, RBA Governor Glenn Stevens said the new tactile features of banknotes will help vision impaired people tell the difference between denominations of Australian bank notes, along with the bright colours, large and bold numbers, and different sizes for bank notes.

The new tactile banknotes will help people tell the difference between Australian bank notes, on top of the existing bright colours, large and bold numbers, and different sizes for bank notes.
Vision Australia advocacy general manager Maryanne Diamond said Connor was not alone in his frustration with bank notes and he has achieved a great deal for the community.

“What we found in Vision Australia in a recent survey is that 50 per cent of people who are totally blind are telling us that they feel that at times they have been short-changed, or given the wrong change when they’ve purchased something, simply because they can’t quickly and easily and effectively distinguish notes,” Ms Diamond said.

“So I think Connor should be really proud of himself because I think that’s kind of made a big difference in the Reserve Bank talking with us, working with us and trying to find a solution for the next generation of notes.”

This story was written by Nance Haxton for ABC News Australia, and has been republished with full permission. You can contact her via Twitter here.

On Eucalyptus, we'd a lot of those too, of many varieties, in California. I feel a bit guilty about some I specified (recommended and approved by others at the time), as yes, they can really do it in a fire zone. Many times beautiful trees though. Got to keep the debris tidied up..
0 Replies
1
Reply Sun 22 Feb, 2015 07:00 pm

I shall root for NZ, purely cos my mum was born there, but my boy is all for Oz winning, and has already planned the day with his mates to watch it, no doubt whilst chewing on a barbecued something or other and getting sunburnt and tiddly.

Not jealous at all.
2 Replies
2
Reply Thu 26 Mar, 2015 02:42 pm
@Lordyaswas,
Should be a great game. Lets see if oz can win by more than one run when at home while nz's captain returns after 6 weeks out and their team has only played one game in a month and their all rounder death bowler is out with a side strain.

I shall root for NZ

Isn't that what the sheep are for?