All I could hear of Leonard was "Dance Me Til the End of Love. Hey, I like him, buddy. First that I heard by the man was Suzanne.

Another Blues Man's birthday, and this one is great, y'all.

Here with some more March 25 birthdays. 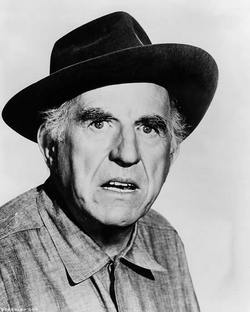 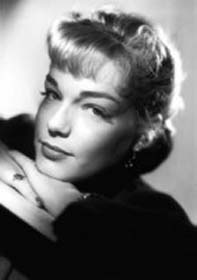 Wishing all a good day.

Listen to the music.

http://www.youtube.com/watch?v=l9ojOCjBvUY
0 Replies
1
Reply Wed 25 Mar, 2009 01:57 pm
Been searching again. Elton John has always fascinated me, and I just found out that is not his real name.

I guess this was the first song that I ever heard by him.

The lyrics were written by Bernie Taupin, Elton's writing partner. When Elton wrote the music for it, he chopped off the last verse because he thought the song was already too long. This completely changed the meaning of the song, as the deleted verse explained that "Daniel" was a Vietnam Vet who returned home after the war, lost his eyesight, and decided to leave America and go to Spain. With the last verse chopped off, it became a fairly vague story of 2 brothers who part ways.
This was written and recorded the same day. Taupin wrote the lyrics one morning at the recording studio and brought them downstairs to Elton, who put music to it and recorded with the band that day.
0 Replies
2
Reply Wed 25 Mar, 2009 02:09 pm
http://www.youtube.com/watch?v=C1KtScrqtbc
I appreciate Elton. I also appreciate this song by the Hollies.
2 Replies
1
Reply Wed 25 Mar, 2009 02:27 pm
@edgarblythe,
Love that version by The Hollies, edgar. It was a song about Boy's Town established by Father Flanagan. The last song that I sang in public was a different version of this one.

Edgar... that song.... at my wedding reception my brother "K" and FQsis husband "KK" (who is a brother to me, just not blood) danced this song with our arms around each other. It was one of "those moments" in life I will never forget. Love this song.
0 Replies
2
Reply Wed 25 Mar, 2009 02:52 pm
http://www.youtube.com/watch?v=clHlyxb7meg&feature=related
The first time I heard the Beatles, they were doing Kansas City, on a jukebox in Osaka, Japan. I didn't pay a lot of attention to it, until they began singing Hey hey hey. They sounded so much like the Little Richard recording that was titled Hey Hey Hey that I thought the Beatles were him. Only discovered the mistake about a year later.
1 Reply
1
Reply Wed 25 Mar, 2009 03:18 pm
@edgarblythe,
Weird, edgar. The first time I heard Little Richard, he was doing this one, and I noticed that The Beatles did it as well.

Can't say that I liked his version of By the Light of the Silvery Moon, however.
0 Replies
2
Reply Wed 25 Mar, 2009 05:00 pm
In the fifties and early sixties, almost all rock and country singers did versions of that and other Little Richard songs. Marty Robbins, Elvis, Buddy Holly - quite a few of them.
1 Reply
1
Reply Wed 25 Mar, 2009 05:53 pm
@edgarblythe,
Well, Texas, we learn something new every day on our cyber radio. Thanks.

Remember Starsky and Hutch? Tried to recall some of the episodes, but nothing comes to mind; however, today is Paul Michael Glaser's birthday and here's a different tribute to him.

Two songs for the evening, y'all. One inspired by hbg about the flooding of the Red River, and the other having to do with the Condor and the Eagle. I really love American Indians and their legends.

Now the condor and the eagle legend.