Can't get the original online for love or money - but this is rather good.

0 Replies
1
Reply Thu 1 Jun, 2017 09:56 pm
On CBC today, they referred to an interview of a young woman whose grandfather befriended the boys during a particularly raucous concert in London. He was a supervisor of police constables--a sergeant, and according to her, they became friends and kept in touch with her grandfather . . . Sergeant Pepper.

For the benefit of Mr. Kite
There will be a show tonight on trampoline
The Hendersons will all be there
Late of Pablo Fanque's Fair--what a scene . . .

Pablo Fanque was a circus performer and proprietor in Victorian England, and the first "non-white" circus owner in British history. His circus was one of the most popular in the heyday of circuses. 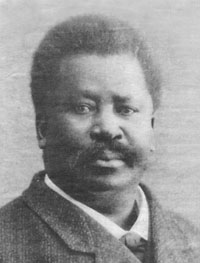 The Wikipedia artile on Pablo Fanque

A 30-year-old man has been arrested in Liverpool on suspicion of murder after the bodies of a woman and two children were found in the former home of John Lennon.

Merseyside police opened an investigation after being called to a ground floor flat in Falkner Street, at about 7.30pm on Tuesday after concern for the safety of the occupants.

Officers said the investigation was in its early stages but they believed it was “domestic related”. They added that police were not looking for anyone else at this stage.

The arrested man has been taken to hospital after falling ill.

Neighbours said the property was regularly visited by Beatles fans on tours of the city as Lennon lived there with his first wife, Cynthia, shortly after they married. The flat was owned by the band’s manager, Brian Epstein.


Love this song and the story supposedly behind it.
https://www.beatlesbible.com/songs/shes-leaving-home/
0 Replies
1
Reply Fri 2 Jun, 2017 06:04 am
My opinion of John Lennon took a knock when I saw this on a recent C4 documentary.

But I'm with you on Rubber Soul and Revolver. They really had a profound affect on me as a kid. In the summer of 1967, I got Sgt. Pepper's, and I thought my old man would crap himself, he got so tired of hearing it. In university, The White Album was very popular, and for years, if I heard "Come Together," it made me think of getting stoned.
1 Reply
2
Reply Fri 2 Jun, 2017 05:04 pm
I once kept Revolver in my car player and listened to it for weeks before finally putting in something different.
0 Replies
1
Reply Sat 3 Jun, 2017 03:26 am
@Setanta,
Setanta wrote:

One kid in my school tried to start a fist fight because he claimed the Dave Clark Five was the better band.

He must have enjoyed being in a minority. There was a time around 1965 when I admired the Rolling Stones more, mainly because they got busted for urinating in public and it made them seem more edgy and rebellious that the mop-top Beatles, whom some people's parents actually liked. My grandfather used to sing along to "Penny Lane".

They were returning from a gig in March 1965 and turned into a gas station to find a toilet. The attendant (41-year old Charles Keeley) refused them access and...

Mick Jagger allegedly remarked, "We piss anywhere, man" a line that was taken up by Keith and Brian, who repeated it in 'a kind of chant', it was later said in court. Bill Wyman took the opportunity to relieve himself against a nearby wall.

A small crowd began to gather, and some of them yelled encouragement to Bill, while Keeley himself yelled the opposite, as Brian jumped up and down pulling his patented "Nanker" facial contortion. An honourable exception to the growing furore [British spelling] was Charlie, who remained seated in the car, apparently reading the evening newspaper.

"Nanker/Phelge" was a collective pseudonym used on music credits for Jagger/Jones/Richards/Watts/Wyman joint compositions. I don't know what the facial expression looked like (someone needing a pee?)

But I'm with you on Rubber Soul and Revolver. They really had a profound affect on me as a kid.

Don't get me wrong, I went all-out for Sgt Pepper at the time. It was as if the Beatles' maturation went in stages in step with mine. I think, looking back, for my generation it wasn't a question of being a Beatles "fan"; they were just the best, the standard if you like. It was much later, in adulthood, that I started appreciating songs like "Nowhere Man" and "I'm Looking Through You". They were doing acid by then. Their dentist, allegedly, spiked their coffee in early 1965. Also I thought I could see sardonic double meanings in a lot of the lyrics, where they were subverting the conventions of the pop-song genre. There is some good stuff on "Help!" too. I think this was the era where they evolved from mop-top kids into something else. Ringo has referred to Rubber Soul as "the departure record", and Paul has said, "We'd had our cute period, and now it was time to expand."


1 Reply
2
Reply Sat 3 Jun, 2017 08:25 am
BBC2 will be showing Sgt Pepper's Musical Revolution tonight. This film will not be available until after broadcast 9pm BST, and I don't know about availability in America, but I'm sure with some technical gimmickry with proxy servers and such you should be able to see it.

Fifty years ago this week, on 1 June, 1967, an album was released that changed music history - The Beatles' Sgt Pepper's Lonely Hearts Club Band. In this film, composer Howard Goodall explores just why this album is still seen as so innovative, so revolutionary and so influential. With the help of outtakes and studio conversations between the band, never heard before outside of Abbey Road, Howard gets under the bonnet of Sgt Pepper. He takes the music apart and reassembles it, to show us how it works - and makes surprising connections with the music of the last 1,000 years to do so.

Sgt Pepper came about as a result of a watershed in The Beatles' career. In August 1966, sick of the screaming mayhem of live shows, they'd taken what was then seen as the career-ending decision to stop touring altogether. Instead, beginning that December, they immersed themselves in Abbey Road with their creative partner, producer George Martin, for an unprecedented five months. What they produced didn't need to be recreated live on stage. The Beatles took full advantage of this freedom, turning the studio from a place where a band went to capture its live sound, as quickly as possible, into an audio laboratory, a creative launch-pad. As Howard shows, they and George Martin and his team constructed the album sound by sound, layer by layer - a formula that became the norm for just about every rock act who followed.

In June 1967, after what amounted to a press blackout about what they'd been up to, Sgt Pepper's Lonely Hearts Club Band was released. It was a sensation, immediately becoming the soundtrack to the Summer of Love - and one of the best-selling, most critically lauded albums of all time. It confirmed that a 'pop music' album could be an art form, not just a collection of three-minute singles. It's regularly been voted one of the most important and influential records ever released.

In this film, Howard Goodall shows that it is the sheer ambition of Sgt Pepper - in its conception, composition, arrangements and innovative recording techniques - that sets it apart.

Made with unprecedented access to The Beatles' pictorial archive, this is an in-depth exploration, in sound and vision, of one of the most important and far-reaching moments in recent music history.

PBS showed a similar show on Sat night also. Was it the same show??

How would I know, I don't know anything about PBS.
1 Reply
1
Reply Sun 4 Jun, 2017 08:19 am
@izzythepush,
rhetorical questions you still dont get do you?? Try to stay calm on this beautiful day. I didnt mean to get you all ferhutzed
1 Reply