Forums: Food, Sandwiches, Sammiches, Art Of Sammiches, Best Sammiches
Email this Topic • Print this Page
Reply Wed 29 Mar, 2017 08:43 am
1. What is the best kind of bread for sammiches? How many slices of bread should we use? Make it as tall as possible (as a metaphorical mile high skyscraper) or as safe and stable with a simple foundation?
2. What, if any, condiments are a must have in this construction? Herbs? Seasoning?
3. Piled with veggies? Just meat?
4. Pickles? Chips? Any wildcard layers?
5. Will it be heated up (grilled) or served cold?
6. Served with soup? Or even more sammiches? Or screw it... just give me a cold beer or even a six pack of beer to go along with the sammich?

Tacos will not be considered sammiches in this universal debate. But hot dogs can be used if not included in hot dog rolls.

EXTRA CREDIT:
Please help define (if any) the difference between sandwich and sammich (in construction and general definition)?

There is a photo at the Serious Eats website, but I can't get it to show up without a long list of foods at Bay Cities. The url at Serious Eats shows up shortened. But, hey, https://www.google.com/#q=bay+cities+deli&*

A Sandwich a Day: The Godmother at Bay Cities Deli

In Los Angeles, the prevailing sentiment seems to be that the sandwich has gone the way of our beloved La Brea Tar Pit mammoths: only the skeletal remains of the once-proud beasts live on in the tortas and lavash bread concoctions of our ethnic epicenters. Luckily, there's still one demographic with its mitts on the flaky underbelly of Los Angeles's ghost-like sandwich subculture: the Italians. Since 1929, Eastside Market downtown has been serving up otherworldly meatball subs, but the undisputed sandwich king of Los Angeles is, well, actually a queen.

"The Godmother" sandwich from Bay Cities Italian Deli in Santa Monica is a testament to old-world sandwiches still being done right, as the perpetual line in front of the deli counter can attest. Genoa salami, prosciutto, mortadella, coppacola, ham and provolone cheese are all thinly layered inside a crusty length of Italian bread.

Be sure to give it "the works": mayo, mustard, Italian dressing, onions, pickles, tomatoes, lettuce, and a chopped pepper blend that keeps the Godmother zippy when the rest of the concoction threatens to weigh you down. Oh, and feel free to order the large even though a small will suffice; you're sure to be taking the rest home because—as any Angeleno knows—trying to drive to Santa Monica sucks.
Bay Cities Italian Deli

Adds, the drive doesn't suck if you live in Santa Monica or Venice.
Also, The Godmother is just one of their many sandwiches.
0 Replies
2
Reply Wed 29 Mar, 2017 09:29 am
@tsarstepan,
1. What is the best kind of bread for sammiches?
Some sort of roll - the best overall is a sub type roll very fresh bread (no wheat and healthy crap - white fresh sub roll)

How many slices of bread should we use? Make it as tall as possible (as a metaphorical mile high skyscraper) or as safe and stable with a simple foundation? Not applicable as this is a sub roll.


2. What, if any, condiments are a must have in this construction? Herbs? Seasoning? Some sort of mustard with spice not the plain yellow type something robust, a little mayo and horseradish is awesome


3. Piled with veggies? Just meat?
must have veggies the more the better with hots a variety of hot peppers - another added veggie I don't typically see which gives a unique flavor is arugula

4. Pickles? Chips? Any wildcard layers? I add chips only to those sandwiches which are "salad" - like tuna salad or chicken salad. It is ok with others but really good with these types


5. Will it be heated up (grilled) or served cold?
depends on the sandwich good for those with cheese cuz it gets the cheese all melty and thus makes the cheese absorbed throughout all bites

6. Served with soup? Or even more sammiches? Or screw it... just give me a cold beer or even a six pack of beer to go along with the sammich?

Tacos will not be considered sammiches in this universal debate. But hot dogs can be used if not included in hot dog rolls. Wink

EXTRA CREDIT:
Please help define (if any) the difference between sandwich and sammich (in construction and general definition)?

sandwich is just the basic version - sammich is the king when you make the best only the word sammich can be used when it is the awesomest otherwise it is just a sandwich.

0 Replies
2
Reply Wed 29 Mar, 2017 09:50 am
@tsarstepan,
There are two delies in Philly that qere credited for coining the words "SAMMICH" and "SAMWICH". Both of which are meals not just two hunks a white ass bread with some **** inbetween SAMMICHES have ART behind them. A panoply of flavor and texture presented by a precise order of ingredients. A roll is usually preferred on a SAMMICH because the ingredients can constitute a list. Often a sammich will have something really weird slapped in there , Like p-nut butter or oystersauce or crisped prosciutto.

A Po boy with several fishes and 2 creole and cajun sauces is a SAMMICH, a slice of cheese and ham in tween bread hunks with mustard , IS A SANDWICH.


SAMMICHES are for the soul, SANDICHES are what you eat if you're late for a meeting
0 Replies
2
Reply Wed 29 Mar, 2017 10:20 am
My favourite sarnie is white crusty bread, cheddar, red onion, apple and pickle, this pickle, not anything else that may go by the same name. 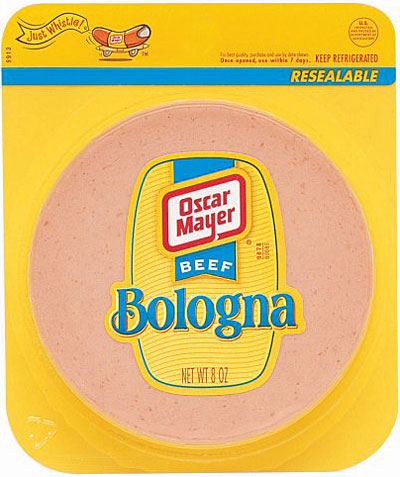 Never more than 3 slices or bread. Fresh baked is best.

2)herbs and seasonings vary, depending on the other ingredients.

3)some veggies on some sammiches. This can include Cole slaw and/or sweet and hot peppers. And often sliced black olives.


4)pickles should be served next to not in the sammich. Chips are rarely used. A happy sammich should include cheese.
Sometimes I pile on some French fries too.


5)some sammiches need to be heated, some room temp and some refrigerator cold.

6)serve it alone. A good sammich doesn't need an accomplice.

I have been known to slice hotdogs, lengthwise and make them part of a sammich.

Extra credit: a sandwich is for a simple snack, never adorned with a ton of extras. For example, a basic BLT or a basic peanut butter or even creamcheese and jelly or a bologna with just a swirl of mayo or mustard.

A sammich on the other hand can serve as a complete meal.

1 Reply
1
Reply Wed 29 Mar, 2017 01:14 pm
@Sturgis,
I'm gathering that a sandwich is something one eats for mere substance. Something to quell the wailing of ones neglected stomach.

A sammich is a religious icon of great power. An edible sacrifice to the gods (via ones personal digestive system).
0 Replies
2
Reply Wed 29 Mar, 2017 01:49 pm
One of my favorite deli samwiches is not lean corned beef and kosher salami on a kaiser roll with deli mustard and cole slaw on the samwich. A potato knish (the square kind) is a good side order with this. The drink? Black cherry soda or root beer.

In general, I prefer most of my samwiches on rye bread. I use white for toast. Don't like whole wheat.

Last night I had genoa salami and provolone cheese with roasted peppers on French bread with Italian dressing. Mighty tasty.
0 Replies
1
Reply Wed 29 Mar, 2017 01:53 pm
@McGentrix,
Is that a by product of the petrochemical industry?
0 Replies
2
Reply Wed 29 Mar, 2017 02:01 pm
I'm starting with a sourdough rye from my Serbian bakery - three slices - not too thinly sliced. But not so thick that the mouth feel gets too bready.

Unsalted butter on the bottom piece of bread, horseradish on the middle, a good grainy mustard on the inside of all pieces of bread. That means the very bottom piece will have butter and mustard.

Thickly sliced roast pork loin on the bottom with thinly sliced cheddar and lashings of hot pepper coins. Shaved roast beef with very thinly sliced havarti in the second layer. Dill (no garlic) pickles on the side with a handful of black pepper potato chips. Sort of a cubano under a roast beef sammy.

If I can find someone to share my sammy with, I'll have a small hot and sour soup as well.

Ting or Jamaican ginger beer as my beverage.

Later I'm going to want a sliver of a double chocolate brownie and a Grapefruit Radler.
0 Replies
1
Reply Wed 29 Mar, 2017 03:15 pm
so what are our grades - you are leaving us high and dry
0 Replies
1
Reply Wed 29 Mar, 2017 03:38 pm
I never heard of sammiches, much less similar names instead of sandwiches, until I came to A2K. Maybe it's an east coast thing, or maybe I met all the wrong west coast people for years.
1 Reply
1
Reply Sun 2 Apr, 2017 12:21 am
@tsarstepan,
When taking into account limitations of time and budget, I visit my local 7- 11 for a quarter pound hot dog and a big gulp. Only 2 bucks.

Sure, there may be better sammishes or tastier sandwiches. But for a quick resolution to sammish deficiency syndrome, it's hard to beat.
1 Reply
2
Reply Sun 2 Apr, 2017 04:28 am
@neologist,
Only a Chili dog topped with sliced jalapenos and diced onions, SQUIGGLY SHOT OF KETCHUP WRITING , and a Laggerstatte of pepper jack lining the bun, can be considered a SAMMICH or a SAMWHICH,

NOW A CRAB CAKE with a slice of ripe tomato, tartar sauceall underlain by a thin bed of wasabi , thats automatically a sammich
0 Replies
2
Reply Sun 2 Apr, 2017 04:38 am
@ossobucotemp,
QWeve had restaurnts bck east that have Fought over using the name SAMMICHES . The Philly Sammiches v SAMWICH house wars were famous in the late 50's . Now, down at all the Jersey beaches or Delaware Md bwachses there is at lkeast 1 vrsion of SAMMICHES
BRIANS SAMMICHES, The Houe of Samwich, an , my fav was (until they closed) "The Girl of Samwich"
0 Replies
2
Reply Mon 3 Apr, 2017 05:22 pm
Sammich's are too complicated to make. If I want a good sammich I'll go to Firehouse! 1 Reply
1
Reply Mon 3 Apr, 2017 08:18 pm
@jcboy,
Today we ate lunch at the "Java for Jesus" (the owners re a bit JWish but hell ofa buncha great cooks. They were serving "ITALIAN BLT's"
which is made up of crispied prosciutto and thinly slicd tomatoes with a lettuce and very teeny juliennes of scotch bonnet peppers and a special secret mayonnaise sauce mde with a bit of garlic nd capers. ALL SERVED on a toasted Soft prtzel brioche.
Usually tosted brioche can be dicey if its toasted to hard. The pretzel was a nice big one that was lightly toasted with an olive oil schmear.

They only gave us slight "Can I share the good news with you?"
My wife, the clownette said, without losing a jot
"only if its that its a buy one get onefree"

They have a JOHN 3:16 on the window so ya gotta know that theyre relatively hqrmless nd friendly. Although , yq know, I qouldnt bring young kids in there. I think they want souls for sammiches.