Why can there be only one?

Forums: Highlander, Tv, Television, Movies, Film
Email this Topic • Print this Page
Reply Wed 8 Jun, 2016 02:08 pm
This has puzzled me for quite some time.

Why can't there be a few?


...and anyway, what if you didn't really care about The Prize per se, but just played becaused you didn't feel like getting your head cut off?

Seriously Man, you can be the one, just leave my head alone.

Because it is hard - if it was easy then everyone would be the one.


You can be the one linkat, I don't mind. 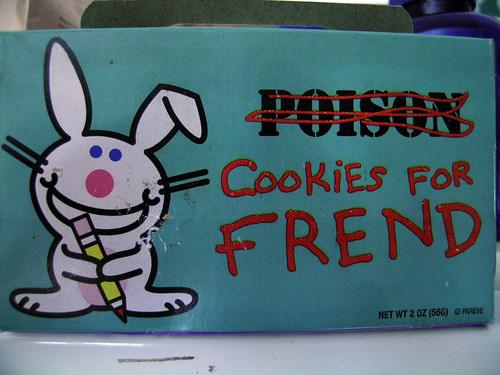 The Immortals are fictional characters from the movie and TV series
"The Highlander" who live according to a set of rules.

The Rules
The Immortals do not live as a united people on a territory of their own,
but are scattered around the world and across history. The only bond
between them are oral traditions called the Rules transmitted from
teacher to student. The creator of the Rules is unknown. The Rules are
never enumerated, like a body of laws, but they are quoted according to
the circumstances. They are taught to newborn Immortals by Immortal
mentors called First Teachers.

The main Rules are:

No Immortal may fight on Holy Ground, no matter who regards it as Holy

Immortal combat is one on one only — no outside interference

Mortals must not learn about Immortals — if you are killed, you move on

At the last, all Immortals will feel drawn to a distant land, to fight for the
Prize — this is the time of the Gathering

In the end, there can be only one — the last one will receive all the
power of all the Immortals who ever lived
2 Replies
1
Reply Thu 9 Jun, 2016 12:20 pm
@George,
Thank you Geo most kindly

Makes me think of "our" religion, apodictical existential pantheism, where your soul is everything about you except your body
0 Replies
1
Reply Thu 9 Jun, 2016 10:36 pm
@George,
Quote:

In the end, there can be only one — the last one will receive all the
power of all the Immortals who ever lived


I am confused. For the moment let's put aside the television series. After the first Highlander movie he took the head of the last immortal making Connor MacLeod the last one. Why were there three more Highlander movie sequels after the first Highlander movie with the timeline being continuous? I thought he was the last. One of those three sequels had aliens or immortals come from another planet. When they had these alien immortals coming from another planet to fight Connor MacLeod, I was completely loss. With all of these sequels, I guess Connor MacLeod was not the last. There can only be one doesn't make any sense when there are always more immortal written in the story.