What Should Your Name Actually Be?

Forums: Name, Online Quiz, Buzzfeed
Email this Topic • Print this Page
Reply Thu 5 Jun, 2014 07:47 am
What Should Your Name Actually Be? We're kinda hot. And dayum, we are good at tennis. 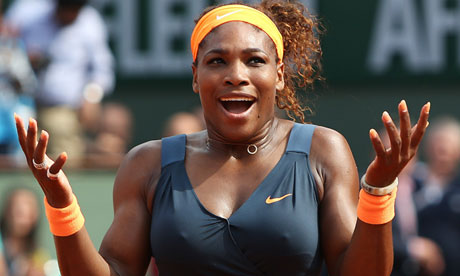 I like it too. Probably picking the nose with the nose ring did it for me.

Enough already with grunting!
Thank you.

Well, I delved into the meaning of the name, to see why it's so fitting for me...

From the name of a district in London, originally derived from Old English and meaning "landing place for chalk or limestone". It has been in general use as an English given name since the 1970s.

This is the song that, I think, helped to popularize the use of Chelsea as a name...The Clintons have said they named their daughter Chelsea after Judy Collins version of this song.

Pun ideas for the name Micah??? - Question by micahe0630
Signature of artist. Name wanted - Question by Stevefor
Whats wrong with my story and tragedy that my Ex never believed me (as a crazy person told her to)? - Question by Kianmj
Suggestions for names please!! - Question by Someonesissue
Help me to change my name! - Discussion by Muathe
How does the name "Angel" sound for a baby girl? - Question by Angelgz2
Name for Life Coach Page - Question by AlinaM
CMOS - Question by RAMNATH1990
name for boutique - Question by khovendi
What Does Your Name Say About Your Love Life? - Question by tsarstepan
Copyright © 2022 MadLab, LLC :: Terms of Service :: Privacy Policy :: Page generated in 0.03 seconds on 08/11/2022 at 03:16:53
▲ ▼