Forums: Russia, Olympic, Sock Puppet, Sochi, Sock Puppet Tourism
Email this Topic • Print this Page
Reply Thu 6 Feb, 2014 07:50 am
Hi ev1!
Just arrived to Sochi. First of all went sightseeing those funny things like heating battery under the ceiling or 'cakes in ass' or twin toilet bowls in biathlon centre XD The last ones don't exist anymore. Instead I found curious Russian nesting dolls looking like George Michael, Elton John, Stephen Fry and other famous gays. The biggest of them is rainbow painted. Those cuties are sold openly in Sochi streets. No one persecutes the sellers and no one goes into hysterics because of them. Moreover, I saw several homo pairs holding hands and even smooching. No one pays any attention at them. Also heard that Norwegian health Minister is going to visit Sochi Olympics together with his hubby. And no Russian official tried to forbid him or took a shot at him.
Why is all that fuss around Russian gay-bashing? Yet didn't notice any. What Russia is ev1 writing about?
Type: Discussion • Score: 5 • Views: 1,407 • Replies: 9
No top replies
2
Reply Thu 6 Feb, 2014 08:00 am
@Philippe,
Well said, sock puppet.

I raise my glass to you with a bottle of Putin "Not For Gays" Beer.

0 Replies
1
Reply Thu 6 Feb, 2014 08:05 am
@Philippe,
Enough of the bloody sock puppetry. You can stop with the FSB propaganda campaign (intentional or otherwise).

You're not going to convince anyone to go to Sochi for a last minute trip to the Olympics. If a person already has plans to go to Sochi for the winter Olympics, they're going anyways. If they didn't plan to go (political reasons or not), they're not going to read your pandering threads (new accounts but same trash) and be convinced that Russia has changed its stripes. Your bloody Duma still is legislating efforts to make homosexuality an imprisonable offense.

Taken your post at face value? Clearly if this is the case, it just means that there are still some very good people living in Sochi and not everyone is a monstrous homophobe. That doesn't mean its safe to be openly gay when your Putin lead government wants to throw every gay male and female into prison for their right to exist as human beings.
0 Replies
2
Reply Thu 6 Feb, 2014 08:19 am
@Philippe,
Yeah, your referring to gay couples as "homo pairs" really shows off your tolerance there, Sergei.
0 Replies
1
Reply Thu 6 Feb, 2014 08:29 am

This is today's (and yesterday's) Google Doodle!

The practice of sport is a human right. Every individual must have the possibility of practicing sport, without discrimination of any kind and in the Olympic spirit, which requires mutual understanding with a spirit of friendship, solidarity and fair play." –Olympic Charter

Its FUN not to see any hammers and sickles,
nor any pictures of Lenin in Russia !

Its FUN not to see any hammers and sickles,
nor any pictures of Lenin in Russia !

Basic reality, don't put something like Bork Obunga in the whitehouse and then sit there holding your breath until you get respect in the world...

One comment on that same site struck me as insightful:

What idiots you people can be! Vladimir Putin is less of a Communist you pea-brain, than you are for one thing. If you had a clue you'd realise how preposterous it is to say such a thing and for the record I am a baby boomer who grew up in the Cold War and do know what a Communist is beyond the definition your kind could muster which would amount to "bogey man". For one thing the much touted (in the Western press) opposition to Putin in Russia, the same one the USA supports and trains and pays millions of your tax dollars to, happen to be the Communists. The only opposition to Putin in Russia besides the Jewish oligarchs who mostly fled to London, New York and Tel-Aviv when Sherif Putin rode into town is the Communists and radical reactionary perverts and illiterate street urchins. The sort of allies you tend to mix with, I reference the organ gobbling, raping and head chopping phoney Jihadists in Syria for example or the wicked Saudi rats or how about some of the buddies you've sidled up to in South America and Africa eh?

Putin is a Christian or at least a protector of the Christian Church, he is a scholar, a master Chess player and black belt in martial arts. He can pilot a fighter plane, dive and pilot underwater exploration vehicles and he can hunt, ride shoot and fish and yes, he was a colonel in the Russian intelligence services. A distinguished and respected career to you no doubt if he were an American, but he happens to come from a nation with far less ugly baggage as it happens and the world loves him to the same extent it loathes the bums you and we have in our respective ruined governments.

That's what Russia now has for a ruler. We've got a "community organizer(TM)".....

0 Replies
1
Reply Sun 9 Feb, 2014 10:28 pm
Oh, yeah, one other thing somebody might mention... Russia has rebuilt that gigantic Cathedral of Christ the Savior in Moscow: 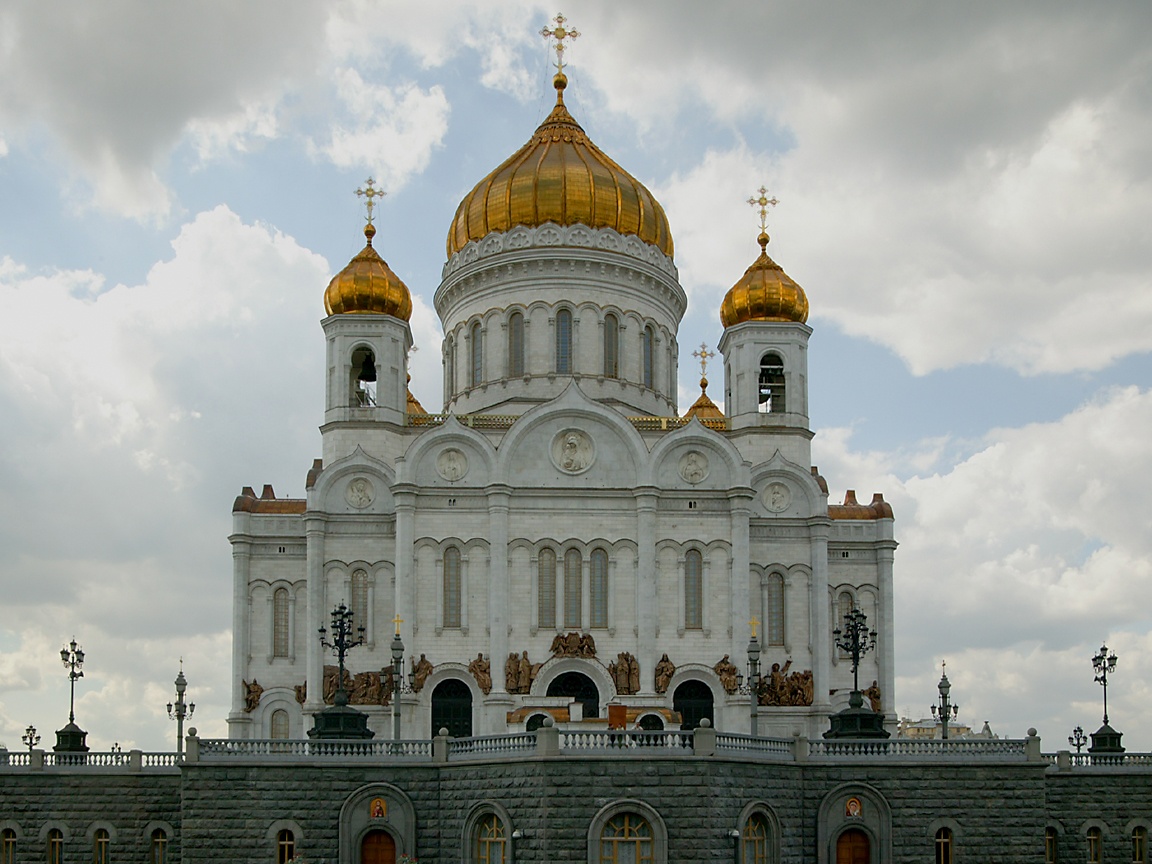 Take a hard look at that and then ask yourself whose side you think God is on at present...