The game which Bork Obunga is trying to play in

Forums: International, Obunga, Politics, Merkel, Putin
Email this Topic • Print this Page
Reply Wed 25 Sep, 2013 10:25 pm
I wonder if any of our nation's libtards or demoKKKrat are aware that Angela Merkel and Vladimir Putin both hold PHD degrees (one in quantum physics, the other in international law), and both speak both Russian and German. Putin was a colonel in the Russian army and a high ranking officer in the KGB, Merkel a minister of nuclear safety.

The question is, do libtards and de-moKKKer-Rats have any clue as to the basic idiocy of sending a "community organizer(TM)" out into the world to try to deal with people like that? I mean, that's not even as good as sending George (Kingfish) Stevens to try to make an impression at the House of Lords; it's more like sending Andy Brown to try to impress the House of Lords....

Any one of those three guys would make a better president than Bork Obuna.
0 Replies
3
Reply Wed 25 Sep, 2013 11:17 pm
Your inbred racism aside, Barack Obama is a Juris Doctor.

Merkel a minister of nuclear safety.


Her first post was "Minister for Women and Youth". Later, she became "Minister for the Environment and Nuclear Safety", thus being the "green part" within the conservatives.
0 Replies
-2
Reply Thu 26 Sep, 2013 03:22 am
@InfraBlue,
Obunga is supposed to have attended Columbia University and, apparently, nobody who ever attended Columbia during the same time span ever saw or heard of him.
0 Replies
1
Reply Thu 26 Sep, 2013 09:04 am
He received his JD from Harvard Law School.

Do you call your daddy "gramps" too?
1 Reply
-2
Reply Thu 26 Sep, 2013 09:42 am
@InfraBlue,
With the standards which appear to have been in effect for Bork Obunga, Andrew H. Bown could get through the Harvard Law School. 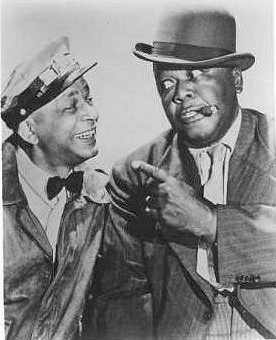 The world misses the old America, the one before the crash—the crashes—of the past dozen years.

That is the takeaway from conversations the past week in New York, where world leaders gathered for the annual U.N. General Assembly session. Our friends, and we have many, speak almost poignantly of the dynamism, excellence, exuberance and leadership of the nation they had, for so many years, judged themselves against, been inspired by, attempted to emulate, resented.

As for those who are not America's friends, some seem still confused, even concussed, by the new power shift. What is their exact place in it? Will it last? Will America come roaring back? Can she? Does she have the political will, the human capital, the old capability?

It is a world in a new kind of flux, one that doesn't know what to make of America anymore. In part because of our president.

"We want American leadership," said a member of a diplomatic delegation of a major U.S. ally. He said it softly, as if confiding he missed an old friend.

"In the past we have seen some America overreach," said the prime minister of a Western democracy, in a conversation. "Now I think we are seeing America underreach." He was referring not only to foreign policy but to economic policies, to the limits America has imposed on itself. He missed its old economic dynamism, its crazy, pioneering spirit toward wealth creation—the old belief that every American could invent something, get it to market, make a bundle, rise.

The prime minister spoke of a great anxiety and his particular hope. The anxiety: "The biggest risk is not political but social. Wealthy societies with people who think wealth is a given, a birthright—they do not understand that we are in the fight of our lives with countries and nations set on displacing us. Wealth is earned. It is far from being a given. It cannot be taken for granted. The recession reminded us how quickly circumstances can change." His hope? That the things that made America a giant—"so much entrepreneurialism and vision"—will, in time, fully re-emerge and jolt the country from the doldrums.

The second takeaway of the week has to do with a continued decline in admiration for the American president. Barack Obama's reputation among his fellow international players has deflated, his stature almost collapsed. In diplomatic circles, attitudes toward his leadership have been declining for some time, but this week you could hear the disappointment, and something more dangerous: the sense that he is no longer, perhaps, all that relevant. Part of this is due, obviously, to his handling of the Syria crisis. If you draw a line and it is crossed and then you dodge, deflect, disappear and call it diplomacy, the world will notice, and not think better of you. Some of it is connected to the historical moment America is in.

But some of it, surely, is just five years of Mr. Obama. World leaders do not understand what his higher strategic aims are, have doubts about his seriousness and judgment, and read him as unsure and covering up his unsureness with ringing words.

A scorching assessment of the president as foreign-policy actor came from a former senior U.S. diplomat, a low-key and sophisticated man who spent the week at many U.N.-related functions. "World leaders are very negative about Obama," he said. They are "disappointed, feeling he's not really in charge. . . . The Western Europeans don't pay that much attention to him anymore."

The diplomat was one of more than a dozen U.S. foreign-policy hands who met this week with the new president of Iran, Hasan Rouhani. What did he think of the American president? "He didn't mention Obama, not once," said the former envoy, who added: "We have to accept the fact that the president is rather insignificant at the moment, and rely on our diplomats." John Kerry, he said, is doing a good job.

Had he ever seen an American president treated as if he were so insignificant? "I really never have. It's unusual." What does he make of the president's strategy: "He doesn't know what to do so he stays out of it [and] hopes for the best." The diplomat added: "Slim hope."

This reminded me of a talk a few weeks ago, with another veteran diplomat who often confers with leaders with whom Mr. Obama meets. I had asked: When Obama enters a room with other leaders, is there a sense that America has entered the room? I mentioned de Gaulle—when he was there, France was there. When Reagan came into a room, people stood: America just walked in. Does Mr. Obama bring that kind of mystique?

When the president spoke to the General Assembly, his speech was dignified and had, at certain points, a certain sternness of tone. But after a while, as he spoke, it took on the flavor of re-enactment. He had impressed these men and women once. In the cutaways on C-Span, some delegates in attendance seemed distracted, not alert, not sitting as if they were witnessing something important. One delegate seemed to be scrolling down on a BlackBerry, one rifled through notes. Two officials seated behind the president as he spoke seemed engaged in humorous banter. At the end, the applause was polite, appropriate and brief.

The president spoke of Iran and nuclear weapons—"we should be able to achieve a resolution" of the question. "We are encouraged" by signs of a more moderate course. "I am directing John Kerry to pursue this effort."

But his spokesmen had suggested the possibility of a brief meeting or handshake between Messrs. Obama and Rouhani. When that didn't happen there was a sense the American president had been snubbed. For all the world to see.

Which, if you are an American, is embarrassing.

While Mr. Rouhani could not meet with the American president, he did make time for journalists, diplomats and businessmen brought together by the Asia Society and the Council on Foreign Relations. Early Thursday evening in a hotel ballroom, Mr. Rouhani spoke about U.S.-Iranian relations.

He appears to be intelligent, smooth, and he said all the right things—"moderation and wisdom" will guide his government, "global challenges require collective responses." He will likely prove a tough negotiator, perhaps a particularly wily one. He is eloquent when speaking of the "haunted" nature of some of his countrymen's memories when they consider the past 60 years of U.S.-Iranian relations.

Well, we have that in common.

He seemed to use his eloquence to bring a certain freshness, and therefore force, to perceived grievances. That's one negotiating tactic. He added that we must "rise above petty politics," and focus on our nations' common interests and concerns. He called it "counterproductive" to view Iran as a threat; this charge is whipped up by "alarmists." He vowed again that Iran will not develop a nuclear bomb, saying this would be "contrary to Islamic norms."

I wondered, as he spoke, how he sized up our president. In roughly 90 minutes of a speech followed by questions, he didn't say, and nobody thought to ask him.