Tarot And Its Meaning... The Six of Wands depicts a man wearing a victory wreath around his head, riding a white horse through a crowd of cheering people. The white horse represents strength, purity, and the success of an adventure, and the crowd of people demonstrates public recognition for the man’s achievements. The wand held by the rider also has a wreath tied to it, further emphasizing success and achievement. He is not afraid to show off to others what he has accomplished in his life so far, and even better, the people around him cheer him along.

http://www.biddytarot.com/tarot-card-meanings/minor-arcana/suit-of-wands/six-of-wands/
0 Replies
1
Reply Sat 6 Jun, 2015 03:53 pm
No one want to boast the nine of pentacles. 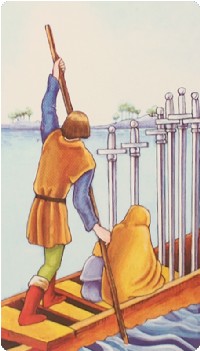 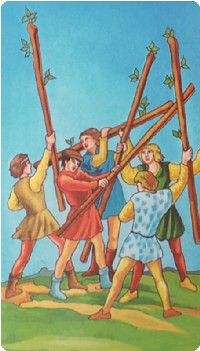