Is whisky your poison?


What's your brand? Do you spell it with that pesky "e"? If size doesn't matter, then how about proof? Or does size and proof matter to you?

I only drank whiskey for a short time (6 or 7 years...maybe 10), couldn't really abide the taste or the after effects the next day. Clearly there was but one alternative and I moved on to gin. Gin at least gave me some cheerful moments for a time and the following day never was a problem.

As my drinking escalated, I found that gin went well with various juices which meant I could maintain some basic level of health as I was moving towards drinking all day. Gin also went well with Sprite soda and on it's own appeared to only be water. As long as I didn't speak or attempt walking nobody was the wiser (unless I suddenly keeled over, which I did a few times. Likely that happened because the Earth was shifting positions

Eventually, gin turned on me

and made me irrational and of unknown temperament- I'd be happy as a clam one second and ready to demolish a person the next. Clearly this juniper berry juice was causing trouble.

What to do, what to do? I decided beer chasers

with the gin was the natural answer. You can guess what happened next.

Yeah, I had to give it all up and have now survived quite nicely for several years without. Don't even miss it 94% of the time. I refer to the gin of course. Never at all do I miss whiskey, I only drank that at the start because it was free. For those who can drink, good going! Enjoy.

As for brand, I generally went for highest proof and lowest cost (I was a frugal drunk since a school teacher doesn't earn enough for quality liquid to induce d.t.s)
2 Replies
3
Reply Thu 8 Aug, 2013 11:34 am
@Sturgis,
Quote:

So? You were 6 or 7 to maybe 10 years old when you were a whiskey drinker? Very precocious.

I like whiskey, but after watching that video, I'm afraid that one of its possible side-effects is that it turns whiskey drinkers into insufferable pricks.

0 Replies
2
Reply Thu 8 Aug, 2013 05:38 pm
I've liked some whisky and whiskey and never manage to remember which comes from where, much less which islands or states matter (somewhat kidding). I can not longer afford the good stuff of either of them, probably just as well.

On my death bed, do I want a Talisker or a Laphroig? Probably neither, so I demand them beforehand.
1 Reply
2
Reply Thu 8 Aug, 2013 05:53 pm
@tsarstepan,
Whiskey is my sometimes poison. When I lived in Japan in the 1980's there were bars which served nothing else and I developed a taste for it then. I rarely buy it as my family has trouble thinking of any christmas or birthday presents for my husband other than whiskey. So I don't have a particular brand and never notice whether there's an e or not. If I was buying it myself I'd probably go with Johnnie Walker - always seems smooth. I only drink it straight. My husband drinks it with hot water which I think is quite disgusting. I don't like ice either - I can't drink watery whiskey.
0 Replies
4
Reply Thu 8 Aug, 2013 06:12 pm
@Sturgis,
Sturgis wrote:

It's the divil though because it's, alas, poison.

Aside from the pesky addiction aspect of other drugs, they don't leave you with a hangover.
0 Replies
3
Reply Thu 8 Aug, 2013 07:54 pm
@ossobuco,
Ahh Talisker...so peaty
0 Replies
3
Reply Fri 9 Aug, 2013 02:01 am
I don't drink whisky, not since I was 17 and drank way too much. My father is a single malt man, but really has no time for anything that's not Scottish. I think it's more emotional than anything. I once spent quite a bit of money on a Japanese whisky that had won a lot of prizes but he couldn't see beyond the label, and would have preferred something Scottish and a lot cheaper.
0 Replies
1
Reply Fri 9 Aug, 2013 10:03 pm
@chai2,
Glad that you like it so much and truly honored that you will be using it. 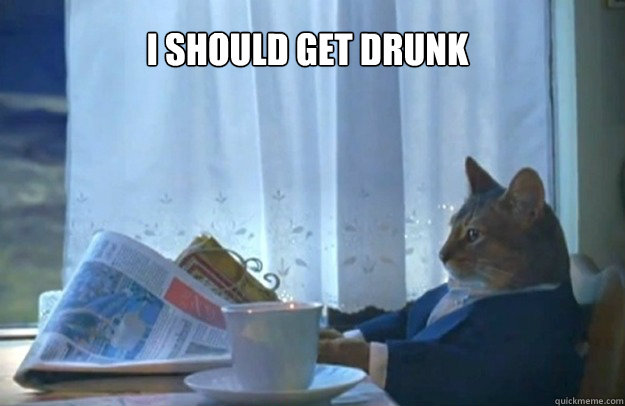 40 Pictures That Show Just How Much The World Has Changed
http://www.buzzfeed.com/daves4/pictures-that-show-just-how-much-the-world-has-changed
0 Replies
1
Reply Sat 7 Sep, 2013 12:21 am
I normally go for Rye, Bulleit and Ri mostly.
2 Replies