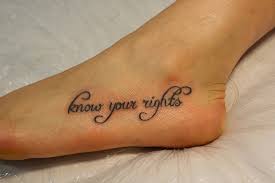 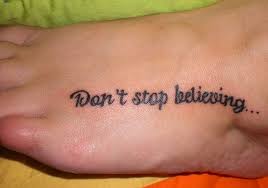 in reality, no less than anyone who wages war


Well I guess that's technically my cue to take up that mantle as a badge of honor.

Now, I am become Tsarstepan, the destroyer of peace.


According to Henry Ashby Turner, Jr. in his book German Big Business and the Rise of Hitler[/i] (1985), Hitler would have become a mere footnote in history, if Schleicher had remained chancellor.

Bullshit . . . and i expect no less from you Bill.

Would you like to expand the above comments as to maybe why you think that the very insanely hash conditions imposed on Germany did not lead to a very unstable nation that was full of hate toward their WW1 opponents and looking for pay back?

Or how those conditions did not allowed a madman to assume power?
1 Reply
-1
Reply Sat 8 Dec, 2012 05:14 pm
@BillRM,
As for a madman "seizing" power, and leaving aside that he took power by constitutional means, see Walter's post.

In the 1980s (1986, i believe) a German economist showed that the inflation which is usually blamed for Germany's troubles began in 1914, before the war began. In 1916, the Chief of Staff, Falkenhayn, instituted a war of attrition with his Verdun campaign--he himself referred to his plan as a war of attrition in his memoirs written after the war. He had also wanted to conduct a limited war in the East, but bowed to the pressure of other German officers and committed major resources in the East, as well. Run-away inflation began in 1917, due to the horrible cost of the Verdun campaign, and the hammer blows Haig had rained on the Germans in the Somme campaign. (Haig wanted to continue his attacks in1917, but was overruled by the weasel Lloyd George, who had driven H. H. Asquith from power--but that's not germane to this discussion.) Not only did inflation continue, the rate at which inflation increased began to increase itself, thus leading to the run away inflation.

In fact, one could make a reasonable case that the Paris Peace Conference went rather easy on the Germans. Whether or not, the Germans did not pay their reparations. The bulk of what they did pay was "in kind" in that the Allies seized equipment, machinery and stockpiled resources when the French marched into the Rhineland. What the Germans actually paid, before their debt was forgiven was worthless because of the astronomical inflation. The hyper-inflated marks they paid were a tiny, tiny fraction of the value which would have been paid if it had been "real" marks. There was absolutely no incentive for the Wiemar government to take steps to end inflation while they were paying reparations. When the reparations were forgiven. inflation was curbed pretty damned quickly.

Essentially, there were two political myths which were promoted relentlessly by right wind politicians in Germany in the post-war period. The first was the "Stab in the back" myth, which held that the German army had never been defeated in the field, but had been betrayed by left-wing politicians. That can be dismissed in one--Ludendorff had set up a new civilian government in the first week of October, 1918, and although he later blamed them for the terms imposed, at the time he admitted to von Hindenburg that they could not avoid negotiations.

The second political myth was the "Versailles Diktat" myth. I've already canvassed that. Compare the case to the terms imposed on France in 1871--five billion gold francs (and gold, of course, is "inflation-proof"). The French not only paid those reparations, they astounded European observers by paying them off in under three years. Part of the Versailles Diktat myth was a claim that this was simply revenge on the part of the French--but that's BS because the Germans didn't pay their reparations (not until after the second world war), and it is indisputable that they did massive damage to French and Belgian infrastructure as they retreated, purely in a spirit of revenge. Although the German reparations had been calculated in gold marks, they were continually reduced, and in 1931, they were cancelled contingent upon the cancellation of Allied war debts to the United States. In 1933, it became irrelevant because Hitler unilaterally cancelled reparations, and at that time, Germany had paid about 13% of its reparations. Of the Central Powers, only Bulgaria paid its full reparations bill.

So basically, Bill, although i'm sure you're too ignorant to understand it, you're just being a stooge for Nazi propaganda.
2 Replies
-1
Reply Sat 8 Dec, 2012 05:41 pm
For an excellent review of the Paris Peace Conference, i recommend Margaret Mac Millan's Paris, 1919. She points out that one of the members of Lloyd George's delegation was a young university man, John Maynard Keynes. Keynes felt that he was slighted by being ignored, and in 1919 he published The Economic Consequences of the Peace. Ludendorff had already started whining about the negotiations before the war had even ended, and he was the source of the Stab in the Back myth. Keynes' book was a playbook for German conservatives to create the Versailles Diktat myth. Mac Millan argues convincingly that the terms of the Versailles treaty did not lead to the rise of Hitler.
1 Reply
1
Reply Sat 8 Dec, 2012 05:56 pm
@Setanta,
Quote:

So basically, Bill, although i'm sure you're too ignorant to understand it, you're just being a stooge for Nazi propaganda.

LOL guess that most mainstream western historians and economic experts such as Keynes for the last few generations are also stooges for Nazis propaganda.

Did not know that the history re-writers had cover this area of European history before your post however.

But then of course the allies would wished to claimed that they did not cause the mess they surely did cause by their demands that help lead to WW2.

Mac Millan argues convincingly that the terms of the Versailles treaty did not lead to the rise of Hitler.

Of course history re-writers know there is one hell of a market for showing that the allies stupidity after WW1 was not one of the factors leading to WW2.
1 Reply
-1
Reply Sat 8 Dec, 2012 06:05 pm
@BillRM,
Sure, Bubba, whatever you say. You know more than a multi-award winning historian and biographer (Insert rolly-eyed emoticon here)
1 Reply
0
Reply Sat 8 Dec, 2012 06:20 pm
BillRM is just a controversialist attention seeking troll. Witness his many other threads... e.g. supporting paedophiles. Let's not waste any more time or bandwidth feeding his vanity.

2 Replies
-2
Reply Sat 8 Dec, 2012 06:25 pm
@contrex,
Sounds good to me. I do recommend the Mac Millan book. She won the Duff Cooper Prize, the Hessell-Tiltman Prize for History, Samuel Johnson Prize for the best work of non-fiction published in the United Kingdom and the 2003 Governor General's Literary Award in Canada.
0 Replies
1
Reply Sat 8 Dec, 2012 06:42 pm
I thought that Jung, the psychoanalyst, made early 20th century references to "the blond beast," as part of the archtypal German character, that could be unleashed with the correct conditions? Meaning, I believe, that Hitler might not have been able to take another country to attempt grandiose war goals, regardless of how many wheelbarrows of local dollars were needed for a loaf of bread?

2 Replies
1
Reply Sun 9 Dec, 2012 04:15 am
@Foofie,
That argument won't wash if you consider the frequency of other tyrannical movements common to world history (Pol Pot etc.) The problem is that " inter-tribal belligerence" and "leader following"are primal social instincts which have frequently been harnessed by charismatic leaders with a personal agenda. If this came to the fore in a so-called "civilized" country such as Germany, it could happen anywhere.
1 Reply