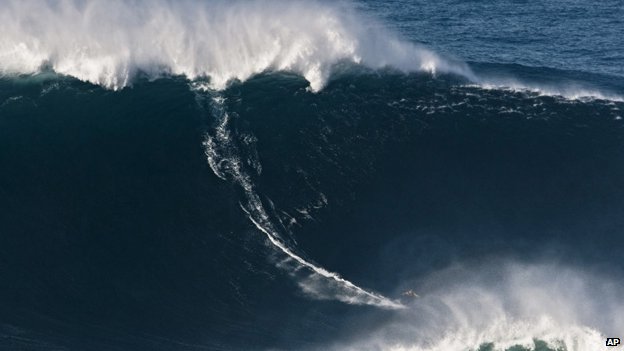 A 44-year-old Hawaiian surfer has entered the Guinness Book of Records for riding the biggest wave ever thought to have been ridden.

Last November Garrett McNamara caught a 78ft wave off the coast of Portugal, beating the previous 2008 record by more than a foot.

He has described his achievement as a stroke of luck and has used his feat to urge people to follow their passions.

The giant wave was located above an underwater canyon famous for being the world's biggest wave generator.

McNamara has said that on the day he broke the record, he at first had not wanted to take a ride but his friends urged him to catch a few waves.

"Everything came together. Everything felt right", he said.