How many of you had stop using your radios at home?

Forums: Radio, Internet, Online Radio, Streaming Radio, Future Of Radio
Email this Topic • Print this Page
1
Reply Mon 26 Mar, 2012 09:11 am
@Sturgis,
I love general talk shows and there used to be three stations doing that in the Miami area and now there is none at all beside right wing talk, at least in English.

All the local talents that got kicked off those stations as they was turn into other type of stations had started an internet "radio" only station.

As I had also stated there in no news radio station in the Miami market either.

In relationship to music I just hook up my mp3 player to speakers at home.
0 Replies
1
Reply Mon 26 Mar, 2012 10:11 am
I listen to the radio pretty much all the time that I'm at home. Mostly FM, mostly documentary/news radio, on regular radios. I have radios in the bedroom, bathroom, living room, basement and car all tuned to the same station so I can follow a program through the house. I've got a couple of short-wave radios around the house, one of them is one of the emergency wind-up ones.

I can't imagine a day without listening to the radio - on a radio.

I've gone a couple of years without watching t.v. now - don't bother watching movies much. I watch an occasional documentary on the laptop.

A few months ago we were without electricity for two days following a storm and we had to rely solely on the portable radios in the house for both news and diversion and I was amazed at the variety of quite interesting programs I found to listen to. I even found a re-broadcast of an Orson Welles Campbell Playhouse radio drama from 1939 to listen to in the dark.
I had forgotten how much I enjoy the sense of intimacy I find in listening to the radio. For me it's somehow a more personal experience to listen to people on the radio than to watch them on TV, possibly because the communication styles are quite different in the two mediums, or possibly because I respond differently when I hear only the voice without the visual images, or a combination of both.

I can't imagine being without a radio.
0 Replies
2
Reply Wed 28 Mar, 2012 12:49 am
I find the radio more personal than TV. I like to read in bed and afterwards when the light is turned off to listen to the radio.
I notice during the day that listen to the radio news is much more neutral than TV. Often theTV speaker expresses his political pro and contras with facial expressions. Or with the picture they show. Predisent X all smiles. President Y with a sour face.
These things cannot happen on the radio so I feel less manipulated by the radio.
In our summercabin we don´t have a TV and it is so nice so read a book and listen to music, or just look out the window and listen to a play or any other program and not have to look a pictures.
1 Reply
1
Reply Wed 28 Mar, 2012 05:08 am
@saab,
However the internet audio streaming give you the abilities to listen to "radio" programs from around the world and in far better sound then the AM or the short wave give you.

It also allow people to set up such "radio" station at a faction of the cost of getting a radio transmitter and the licenses require to run an old fashion radio station.

Right now I am listening to an AM radio station two thousands miles away from my location with far better sound then if I was right under their tower.

At home I never turn on a radio as I can hear both local and far away radio stations from my computer and even listen to "radio" stations that only used the internet.

When I am in Mexico or some other country I can keep up with the same radio stations even those some of those streams are block by IPs addresses locations due to the stations not wishing to deal with complex and outdated copyright laws that deal with paying royalty for music play in foreign counties.

Then you need to run a program such as tor to hear that radio station when outside to the country.

International copyrights agreements need to be updated to deal with the fact that we all are living in the internet age.

What also is so annoying is the CBS radio station I listen to outside the country is a news only station and does not even play music however CBS used the same streaming software for all their stations so they just block all of them as a group.

Thank god for tor and such similar programs.


1 Reply
1
Reply Wed 28 Mar, 2012 05:18 am
Always listen to the radio in the car, usually Radio 4. On match days I listen to live commentry on Radio Solent. Dave Merrington is brilliant, he has an almost encyclopaedic knowledge of football, and Saints in particular. 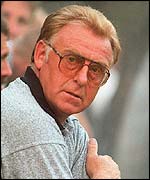 nothing feels as comforting as the tuner of a radio or getting to adjust the antenna.

LOL do you used electronic or limit yourself to a crystal radio only?

For standard radio use I have come forward into the modern age; although. I still have an early non-tube radio from about 1970. It's a dandy of a radio, (simple am/fm) Now, at home it pushes in to a box of about 18 inches in height and 10 inches in width, which has a speaker in it. Lift the case lid, and there's a handle on the radio which pulls forward and the radio can be removed from the case and taken wherever I need, operating on 4...that's right 4, C batteries...or I can bring it to any room and plug it into the electric with the adapter.

2 Replies
2
Reply Wed 28 Mar, 2012 06:15 am
@Sturgis,
there's nothing better than being somewhere new and just tuning through the radio dial to look for interesting things

i do that sometimes up north on vacation, it's weird to the role atmospherics can play, a few summer back on the manitoulin island in northern ontario i got a ball game from kansas city on some am station, even better, it kept fading in and out with some strange talk show
1 Reply
1
Reply Wed 28 Mar, 2012 06:21 am
@Sturgis,
I remember we had a great tubes portable AM only radio receiver with three batteries A,B and C to power it when you was not plug in.

About the size of a modern portable short wave receiver but far heavier and it had a pop up directional antenna that I remember having fun using to plot the locations of radio towers in the area.

Footnote I still have a AM tubes clock radio from my childhood that still work.

Many years ago, I was able to get a clear signal out of Cleveland while up in Rutland. This could only be achieved in the early hours of morning; before the traffic would start building on the highways and roads between Cleveland and Rutland. Down in New York I tried it, the same thing happened. The clearest reception would come in early Monday morning; before traffic started moving, before all the smog started building in the air again and taking its toll on signal transmission/reception. (to get an idea of smog dissipating, take a look at a large city from about 5 miles away. Look at it on a weekday afternoon, a thick glogamuck over the city, then look at it midday Sunday. The difference is amazing.)

I still have a AM tubes clock radio from my childhood that still work.

Aha! So you aren't ready to abandon real radio in favor of only Internet. Sure, you might say it's only for sentiment; but, isn't it also (at least in part) the knowledge that nothing beats real radio?
0 Replies
1
Reply Wed 28 Mar, 2012 06:45 am
@BillRM,
BillRM wrote:

I find that I now never turn on any of the radio recievers at home but instead stream such programs over the net.

So is AM and FM bradcast technology another technology on it way out due to the internet?

Radio? I don't even own a TV and haven't for over 5 years. I watch everything that I want to watch, on the computer. It is nice because I don't have to sit through commercials and I get to see what I want, when I want. It also prevents me from just feging mindlessly and losing track of time. I like this about the net and hope it continues because owning a TV is just not practical for me any more.
0 Replies
1
Reply Wed 28 Mar, 2012 06:49 am
We have a high quality radio in the kitchen, with a small extra woofer. My husband always has NPR (the talk station) on. We like the Diane Rehm show.

In my car, I listen to XM classical music. Occasionally, if I don't like what they are playing, I switch to the Sinatra station.
1 Reply
1
Reply Wed 28 Mar, 2012 08:07 am
@BillRM,
Like others, I have NPR on during breakfast and during the car ride in. I think radio will always have a place in the car although it might become satellite radio.
0 Replies
1
Reply Fri 30 Mar, 2012 07:59 pm
@ehBeth,
ehBeth wrote:

I have radios in the bedroom, bathroom, living room, basement and car all tuned to the same station so I can follow a program through the house.

We have a high quality radio in the kitchen, with a small extra woofer. My husband always has NPR (the talk station) on. We like the Diane Rehm show.

In my car, I listen to XM classical music. Occasionally, if I don't like what they are playing, I switch to the Sinatra station.