Is it time for Scotland to be FREE?

Scotland’s independence crusade is emerging as the greatest threat to the cohesion of the United Kingdom since Ireland achieved independence — a ­three-decade process that culminated in 1949, when Ireland left the Commonwealth.

Scotland won the right to a “devolved” Parliament in the late 1990s and has sweeping powers over, for example, its judicial system and government spending. But full independence would give the SNP the authority to fulfill a wide array of pledges, including expelling the British nuclear fleet from Scottish waters, withdrawing from NATO and unwinding Scottish regiments from Britain’s military forces overseas. It would also give politicians in Edinburgh the freedom to vote separately from — and perhaps counter to — Britain in world bodies such as the United Nations and the International Monetary Fund.

As in any divorce, a break with Britain could also set up an economic scuffle — particularly over the lucrative rights to North Sea oil, seen as key to the prosperity of the Scots on their own.

The push here is being watched with nervous eyes across Europe, particularly in countries that have long struggled with powerful separatist movements, such as Spain and Belgium. At the same time, the prospect of an independent Scotland is sending shockwaves through Westminster, the seat of the British government in London.

What does Briton bring to the table these days?

Knowing how to spell "Britain", for one thing...

What does Briton bring to the table these days?

Knowing how to spell "Britain", for one thing...

That little has been of a country is not worthy of that much attention.

So why start this thread?

You're trying to pull a non-existent chain, like so many forum trollers from Amerikka.

We know that them damn SCots make WMD's (whiskeys of mass distinction).

Really? I'd thought that such was only found in Ireland or the USA.
0 Replies
1
Sun 26 Feb, 2012 08:33 am
@farmerman,
Don't forget 'Chemical Ally- McCoist'. Those Scots and their chemical warfare. 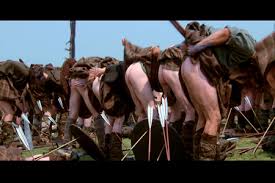 Obviously I'm not up on all the pros and cons re de-linking Scotland, whatever the process is being called, have to start reading more about it.

I'm a mix in that I'm not completely ignorant about Scotland, but am certainly not up on the present issues.
0 Replies
4
Mon 27 Feb, 2012 05:45 am
In this, as with most things Hawkeye doesn't know what he's talking about. The talk of Scottish independance was brought about by the recent electoral success of the SNP (Scottish National Party). The Tories are hated in Scotland, and have never recovered since Thatcher used it as a testing ground for her far right policies, like the poll tax.

A lot of people voted SNP because it's a left wing alternative to Labour, something we don't have south of the border. Disillusion with Iraq, coupled with the unpopularity of a party that has been in power a long time had more to do with the SNP's electoral success than anything else.

Scotland is free, Scotland wasn't conquered by England, it voluntarily joined with England in 1706/1707 which had more to do with the state of Scottish finances than anything else. The last prime minister of Britain, Gordon Brown, is a Scot.

At the moment the wrangling is over how the question should be worded, how many questions should be on the paper, and when the referendum should be held.

The wording makes a difference. ' Should Scotland be Free?' is very different from 'Should Scotland remain in the UK?' The amount of questions is in dispute, Cameron wants a simple yes no option, the SNP want a second option, devo max, Scotland remains in the UK but the Scottish parliament gets more powers. Cameron wants the election next year, the SNP want to wait until 2014.

The current polling suggests a yes no vote would result in Scotland remaining in the UK, most Scots seem to prefer the devo max outcome, which is why Cameron doesn't want it on the paper. He has suggested that if Scotland were to remain in the UK, he would consider devo max, but considering something is not the same as being faced with a plebicite demanding something.

I'm quite happy to debate this with anyone interested in what's going on, but I'm not going to get involved in petty namecalling with Hawkeye.
1 Reply
1
Mon 27 Feb, 2012 03:05 pm
@izzythepush,
Thanks for the info.
1 Reply
2
Mon 27 Feb, 2012 03:54 pm
@ossobuco,
Well I don't want the weorld according to Hawkeye to be the main source of information. That's like the life of Jesus of Nazareth as told by Caligula.
1 Reply
1
Sun 17 Aug, 2014 03:45 pm
@izzythepush,
Well it's two years on. And Australia has boosted the SNP position through our Prime Ministers's stoopid commentary advising against Scottish independence. For which our cultural attache has issued an apology. 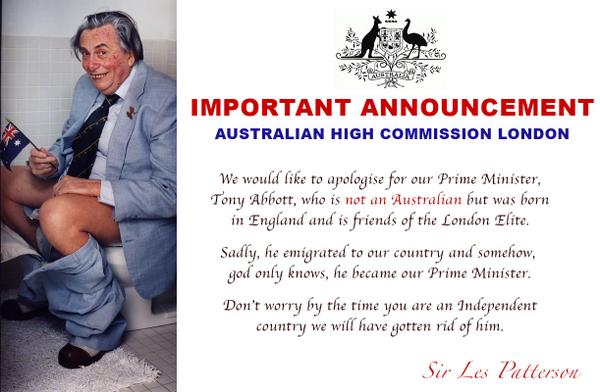 One of our local commentators suggested our PM knew his ass-headed comments would reinvigorate the yes campaign - because of Scotland's predilection for voting left (Labor). Getting Scotland out of the UK would strengthen Tory control of what's left.

Personally I'm more interested in whether the blue and white bits of one corner of our flag would have to be removed.
1 Reply
2
Sun 17 Aug, 2014 04:24 pm
@hingehead,
It's on the news day in day out. I'm just sick of the whole thing, I don't give a monkeys either way. I just want it to be over.
0 Replies
-1
Sun 17 Aug, 2014 05:27 pm
Let's hope the jocks vote for independence, then hopefully all the scotch immigrants living here in England will go back there and stop taking our jobs, houses and welfare.. 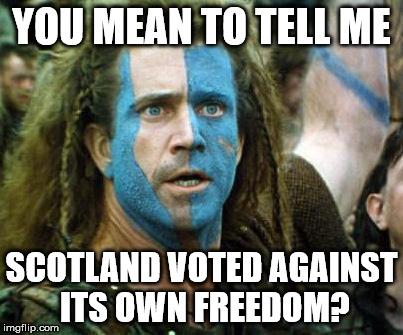