i must admit i never would have believed it, the ms. tree comics was a run of about 13 annual sized editions that had no real interaction with the dc universe, and as i stated ended about 3 years before the amalgam experiment, i'm amazed they used the character, i'd be surprised if many readers (especially a majority of marvel only folks) knew who she was
1 Reply
1
Reply Mon 1 Aug, 2011 08:09 pm
@djjd62,
I have seen Ms. Tree mentioned on Wikipedia:

I didn't know who she was until I looked at websites about Amalgam. She was some obscure DC character.

I didn't know who Forebush Man was:

Until I started looking at sites about Amalgam comics.

In Lobo the Duck, Forebush Man (Marvel) was crossed with Al, the guy who ran the diner in the Lobo (DC) books to get Al Forebush.
0 Replies
1
Reply Mon 1 Aug, 2011 08:25 pm
Why about female comic bok spies? What female spies in comics WEREN'T CONSIDERED superheroines? What about Undercover Girl?:

This looks like it would make a good read.
0 Replies
0
Reply Mon 1 Aug, 2011 09:31 pm
@MontereyJack,
I am MAKING MULTICULTURAL KIDS' COMICS ABOUT STREETFIGHTING CATS AND DOGS THAT FIGHT CRIME. CAT AND DOG STREET GANGS.

HOW IS THAT BORING?

IT IS FOR KIDS/FAMILY.

I AM NOT GOING TO HAVE SEXY-LOOKING FEMALE CATS AND DOGS IN IT.

I am an AFRICAN-AMERICAN. I don't live a STEREOTYPICAL GANGSTA lifestyle. I am NOT A THUG.


I never said you did, or were, but I would suggest that your video clip does show a similar life style. Watch some Rastamouse for inspiration. These guys aren't thugs.

I am going to have some "black" cats in my comic- maybe you think they should carry on and act something like the cats in this video:


If you want inspiration from a black male for cool ideas to go with, I think this guy does the job.

I am an AFRICAN-AMERICAN.

So is it true what they say about African American men? I’m only curious because I’ve never had one before. 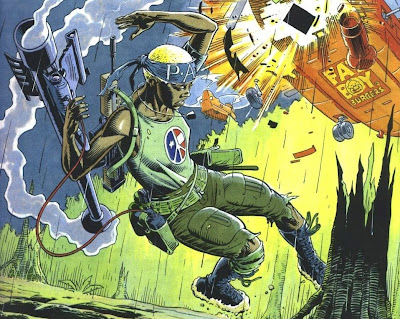 I am an AFRICAN-AMERICAN.

I thought you were racially mixed. Isn't one of your parents Caucasian?
1 Reply