What about your national meals?

Forums: Food, Culture, Cuisine
Email this Topic • Print this Page
Reply Sat 7 May, 2011 05:43 am
Please show me some photos about your national meals.And then I'll show our meals
Type: Question • Score: 25 • Views: 14,375 • Replies: 66
1
Reply Sat 7 May, 2011 07:49 am
@Nikki18,
The US , while having a sort of national cuisine, OWes most of its tastes to influences from cultures that have blended themselves and have become part of our national taste buds.
Weve absorbed and modified foods from so many cultures that I cant even think about what is or is not native foods besides maize dishes , pumplins and gourds, potato dishes and plain roasted meats.

Right now I could really go for some sushi rolls. I had two burritos for supper last evening.
I did have oatmeal for breakfast yeasterday (b ut Im not sure that oatmeal isnt english or Irish (since those cultures are famous for cooking the crap (and flavor) out of foods they eat).

Heres a picture of a food that wqe consider a delicacy. This food was, in the colonial pweriod, fed to slaves and prisoners and at that time was connsidered among the lowest of the low things to eat. Times sure change.
I GIVE YOU, THE HUMBLE LOBSTER

but they eat thin crust pizza everywhere else cigarettes are also very popular in Quebec and the North
0 Replies
2
Reply Sat 7 May, 2011 11:13 am
@JPB,
My comment was directed at your statement that the "rest of the country eats thin crust pizza" A sicilian Pizza is standard fare all over the US. Chicago just wants to take credit for something they didnt have anything to do with inventing or developing.

Hell, at least the US burrito added hamburger instead of pulled pork.
1 Reply
1
Reply Sat 7 May, 2011 11:27 am
@farmerman,
The Sicilian style and Chicago deep dish are two completely different animals, so to speak. Sicilian style is thick crust, like an inch or more of dough with the toppings piled on the top. Chicago style is thinner crust, but pie shaped, so it forms a little bowl of gooey goodness.
1 Reply
1
Reply Sat 7 May, 2011 12:20 pm
@LionTamerX,
LionTamerX wrote:

The Sicilian style and Chicago deep dish are two completely different animals, so to speak. ...

Right ... and "Ice, Ice, Baby" is completely different than "Under Pressure." 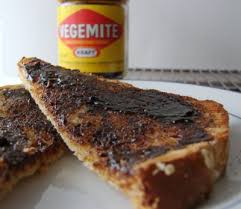 The Shack Stack! A cheese burger with a fried portobello mushroom stuffed with cheese!