I am not sure what you mean by that Spendi but dirty energy is no 'bargain"...

It is at the checkout now. Dirty needles are no bargain either and a Bush State of the Union speech said that we are addicted to oil. Which is true.

Unless you deal with demand you are not in the argument.

I am not sure what you mean by that Spendi but dirty energy is no 'bargain"...

It is at the checkout now. Dirty needles are no bargain either and a Bush State of the Union speech said that we are addicted to oil. Which is true.

Unless you deal with demand you are not in the argument.

The train crash was not caused by transporting oil. It was caused by doing it unsafely. Or too cheaply.


People don't care what they put in their car as long as it gets them to work. George Bush and his family are addicted to oil. Bought off Republicans are addicted to the oil of their corporate masters.

Most Americans if asked would rather drive electric cars. That evaporates your point completely.

Consumer demand is not the problem, corporate political corruption is the problem.

Alternative energy exists and only needs the effort to develop it. But the dirty energy billionaires are making too much profit to allow that.

They would rather destroy the environment than reduce profits.

The U.S. Navy just announced they can competitively make fuel from sea water. THIS TECHNOLOGY HAS ALWAYS EXISTED but it has been subverted by unscrupulous energy companies so they can make more profits from dirty energy.

Sunlight is also free, how do the greedy corporate scoundrels monopolize and make profit from that?

Until you deal with that question your blaming the consumers is merely lip service.

Everything is the consumer and middle class' fault. (cynical)

I don't say the consumers are not guilty of waste and abuse but not near the corporate abuse and the millions they pay out in lobbying elected officials and political ads without one shred of truth each year is the proof in the pudding...
1 Reply
1
Reply Wed 23 Apr, 2014 07:03 pm
Duke president says removing toxic ash would cost $10 billion and take decades which is "too much"
http://www.dailykos.com/story/2014/04/23/1294126/-Duke-president-says-removing-toxic-ash-would-cost-10-billion-and-take-decades-which-is-too-much?detail=facebook#

These potential "costs" should have been factored in long before these dirty energy forms were exploited to such an unmanageable degree...

Duke Energy needs to pay FULLY out of their shareholders profits and leave consumers alone.

This may hopefully discourage speculators from, in the future, investing in such crude and costly polluting energy sources...
0 Replies
1
Reply Wed 23 Apr, 2014 07:56 pm
Solar-Panel Windows Made Possible by Quantum Dot Breakthrough
http://www.ibtimes.co.uk/solar-panel-windows-made-possible-by-quantum-dot-breakthrough-1445213
0 Replies
1
Reply Wed 23 Apr, 2014 08:09 pm
Public service announcement: you might not want to go surfing off the coast of Santa Barbara. Yes, you did read that right: the oil industry is legally allowed to dump more than 9 billion gallons of toxic fracking wastewater off the coast of California each year. Read more here: http://bit.ly/1hDdysB

And what is the long term effect of this? We are not even allowed to know what chemicals are used in fracking.

This is absurd and the severe irreparable cost of allowing dirty energy lobbies to poison our electorate is unthinkable.
0 Replies
1
Reply Thu 24 Apr, 2014 12:06 am
Fracking Is Pretty Hard To Understand — Until It Isn't
http://www.upworthy.com/fracking-is-pretty-hard-to-understand-until-it-isnt-2?c=gp1
0 Replies
1
Reply Fri 25 Apr, 2014 07:49 am
Fire rages at Wyoming natural gas plant; town's evacuation lifted
http://www.latimes.com/nation/nationnow/la-na-nn-natural-gas-fire-wyoming-plant-20140424,0,1314100.story#axzz2zs5uK1q2

Most Americans if asked would rather drive electric cars. That evaporates your point completely.

Consumer demand is not the problem, corporate political corruption is the problem.

Consumer demands are the mother of the political corruption.

Sunlight is also free, how do the greedy corporate scoundrels monopolize and make profit from that?

By bringing to the surface the stored sunlight of millions of years before humans were invented. Which consumers delighted to exploit in order to ratchet up their weakness for conspicuous consumption and the fine-graded invidious distinctions it allowed. Solar and wind power providing additional scope.

Unless you call for the banning of TV, as I have done, you are limp-wristing.
0 Replies
1
Reply Fri 25 Apr, 2014 12:19 pm
Laser Power Systems (LPS) from Connecticut, USA, is developing a new method of automotive propulsion with one of the most dense materials known in nature: thorium. A thorium-fueled automobile engine needs refueling once a century; not to mention it is ridiculously cool! It's what's happening in your #Worldnow

I am not certain but I will bet that this tidy little misinfomercial was paid for by the oil companies.

Excerpt:
The Al/air battery system can generate enough energy and power for driving ranges and acceleration similar to gasoline powered cars...the cost of aluminium as an anode can be as low as US$ 1.1/kg as long as the reaction product is recycled.

What other cost effective innovative technologies are being squelched by these big oil and coal misinfomercials?

Lithium would not be needed if we used aluminum-air batteries.

Due to dirty oil and coal misinfomercials how far back will this push innovative clean technology alternatives?

And lighter cars and trucks cause less wear and tear on U.S. roadways.

How much cleaner is electricity?

Well if the subsidies went to clean energy rather than to coal and gas than much more if not most of our electricity would be being produced by clean and renewable sources.

The time is now for alternative energy: can America go 100% renewable?
http://underthecblog.wordpress.com/2014/04/21/the-time-is-now-for-alternative-energy-can-america-go-100-renewable/

Going "All The Way" With Renewable Energy?
http://news.nationalgeographic.com/news/energy/2011/01/110117-100-percent-renewable-energy/

And is gas cleaner? Let's consider the overall cost not just the costs the energy companies want to add to the ledger while neglecting other costs..

Tar sands fires that they have not been able to put out for years in some cases.

Shall we go back to buying Middle East oil and what is the long term cost of that? And what happens when the earth runs out of oil altogether?

Coal companies pay millions to accuse President Obama of having a war on coal and this blew up in their face.

The coal companies are taking middle class tax payer subsidies and using them to spread misinformation and perpetuate their dirty pollution.

How much is that costing us? Is this coal cheaper than clean energy? 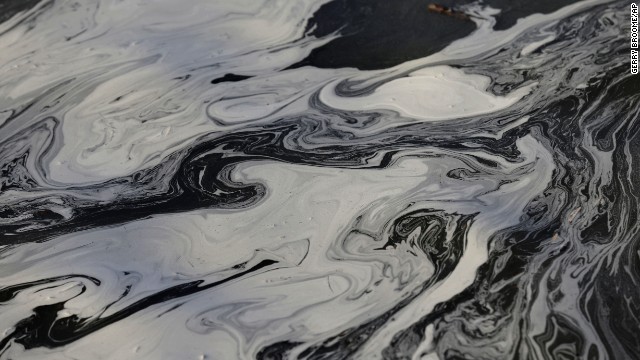 If our middle class taxes were not given to big polluters it would fund many cleaner electric energy plants that can sustain us perpetually into the future and they are renewable. That is unless we run out of wind and sun and sea water etc... And what of the global climate change? Gas powered cars wreck the environment .

And how many spills are not listed here?

Electric cars are clean and cheaper to manufacture and in time this cost will radically come down.

Is gas cheaper than coal? No, they are both exploiting the US taxpayers. The same arguments that big dirty oil uses against big dirty coal applies also to big dirty oil...

They are also talking abut hybrid cars not pure electric cars. Hybrid cars also have gasoline engines. Compare this to purely electric cars and suddenly the pollution over the lifetime of the car drastically is reduced.

So the play on words 'electric' and 'hybrid' are being employed to deceive...

See a problem with oil companies owning the news?

Excerpt:
This happened 25 years ago, so we might note the anniversary as we do any other historical event. That, however, would imply that the oil spill is over. It's not, and likely never will be.
The sound's coastal ecosystem is permanently damaged. Thousands of gallons of Exxon Valdez oil still pollute the beaches; this oil is still toxic and still hurting the ecosystem near the shore.

When we factor in that these oil spills do permanent damage to the environment. HOW COSTLY is this when we factor that into the conventional/hybrid context?

Oil companies pointing the finger at big coal and say, see, they are dirty. Big oils and their multitudes of spills reveal they are just as if not more caustic to the environment.

And what of the arsenic, lead and other harmful byproducts of oil refinement?

An now we ask ourselves is coal dirtier than oil?

The answer is oil is dirtier than coal...

Excerpt:
One wouldn't know about it unless they lived near it, like Marilyn Bardet of Benicia. She said fine black dust settles on everything, from cars to windowsills. It’s called petroleum coke, or petcoke for short, a byproduct of the oil refining industry. It’s dirtier than coal.

Since the state and the federal governments consider petcoke a byproduct, not a waste, California’s strict emissions law does not apply. “It does not account for petroleum coke,” said Karras.

Comment:
Is the cost to the environment figured into the Conventional/Hybred cost comparison here? NO...

Excerpt:
Refineries can produce as much of it (petcoke) as they want. But state and federal regulations for burning it are really strict because it’s so dirty. That makes it hard to sell in the U.S.

For instance, Valero is lobbying to bring in more dirty crude to the Bay Area by rail that will produce more petcoke. 0 Replies
2
Reply Mon 12 May, 2014 01:44 pm
Are wind turbines any good?
They seem to be sprouting up all over the place, but critics say they spoil the countryside and don't supply enough electricity into the national grid to make them worthwhile.
I like 'em myself because they add a kool scifi look to the boring countryside..

1 Reply
1
Reply Tue 13 May, 2014 07:16 am
Solar Roads Could Power An Entire Country
http://www.iflscience.com/technology/solar-roads-could-power-entire-country
0 Replies
1
Reply Tue 13 May, 2014 08:42 am
@Romeo Fabulini,
The countryside doesn't bore me. Perhaps it is because I grew up in it and not in a dump like Leicester with streets and shops and turd pipes on the outside of all the houses.
0 Replies
1
Reply Wed 14 May, 2014 03:19 am
Senate GOP kills bipartisan energy-efficiency bill
http://www.msnbc.com/rachel-maddow-show/senate-gop-kills-bipartisan

An energy-efficiency bill would create too many damned jobs! (cynical)
0 Replies
1
Reply Wed 14 May, 2014 09:07 am
Green energy opposition traced to Kochs
http://on.msnbc.com/SK5MXB

Dirty oil and coal are much cheaper! (cynical)

Once again we have these claims/lies while the long-run of oil and coal costs are not factored in.

How cheap is oil? Ask the states of Louisiana, Alaska and many others...
0 Replies