Can you find one place here where I have endorsed one method of solar collection over another?

also just so you know I would prefer that the least amount of rare earth minerals be used to collect solar energy, that is a no brainier for a tree hugging liberal like me.

But until the day when these better methods of collection solar energy are made affordable on a consumer level I support whatever methods that can free us from DIRTY ENERGY. 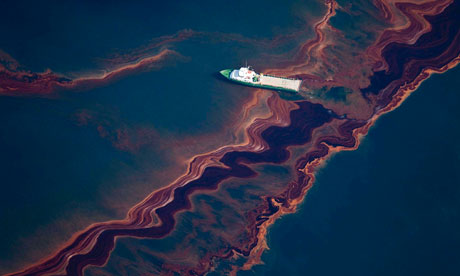 Goodbye Yellowstone river!!!!
0 Replies
1
Reply Thu 22 Jan, 2015 10:47 pm
Unlike the one-track-minded simpleton who thinks the solution to the world's problems are as simple as buying one product "The Ronco Vegematic solar panel that sliced, dices and chops," anyone with more than a 4th grade education who has looked at the issues realizes that at the current US energy consumption rates, solar cells alone would have to cover every inch of entire states to meet the demand, stated here in one month's usage in QUADRILLION BTU's:
Coal 1.452
Natural Gas 1.879
Petroleum 2.918
Nuclear Electric Power 0.708
Hydroelectric Power 0.151
Geothermal 0.018
Solar/PV 0.039
Wind 0.109
Biomass 0.387
http://www.eia.gov/totalenergy/

While photovoltaics have some benefits, it's by no means a perfect and do-all energy solution. Minimizing losses through efficiency, insulation, etc., is far more important in terms of the overall ecological picture than what energy source one chooses. After that, the type of energy best suited to an application depends largely upon the application. Collecting sun, converting to electricity, storing the electricity to chemical energy in (toxic) lead acid and lithium batteries, then converting that chemical energy back into electricity then into heat is ridiculous an inefficient. Burning biomass efficiently in a wood stove with a catalytic converter is a far more efficient renewable energy source, and is also ultimately using solar power, stored in the form of wood.

Ultimately there are good reasons why there are a patchwork of energy sources (which all but the hopelessly myopic would understand). Wind is and will likely continue to be a substantially more significant factor (2.5x the energy produced as solar/pv as of 2014). Wind-driven compressors (without intermediate conversion to electricity) may efficiently capture wind energy which may be stored in pressure tanks; again, using this energy as compressed air will always be more efficient than converting it intermediately to electricity (although for some things, electricity will always be necessary). Among the interesting technologies for storing wind energy as compressed air is this high efficiency system developed by Lightsail Energy discussed at a TED talk:

0 Replies
1
Reply Fri 23 Jan, 2015 11:06 am
@Banana Breath,
Can you show anywhere in this exhaustive thread where I said or indicated that only one form of energy is the the way to go?

I have said that R&D should not be stifled by greedy dirty energy corporate lobbies over the development of green and clean "renewable" energy alternatives.

I am putting you on ignore idiot.
I will not be responding to your ignoramus drivel.
I will now be ignoring your posts that erroneously make assertions about what I think.

I have not got time for GOP Fox News uneducated fools...

Wind Power, Not Natural Gas, Is Now the Fastest Growing Energy Source in the US
http://motherboard.vice.com/blog/wind-power-not-natural-gas-is-now-the-fastest-growing-energy-source-in-the-us

Solar Power is Growing at a Rate Faster than Silicon Valley
http://www.altenergymag.com/emagazine/2014/04/solar-power-is-growing-at-a-rate-faster-than-silicon-valley/2238
0 Replies
1
Reply Sun 8 Feb, 2015 04:32 am
California Is No Longer 100 Percent Drought-Stricken
http://www.huffingtonpost.com/2015/02/06/california-drought-improvement_n_6632616.html?ncid=fcbklnkushpmg00000044
0 Replies
1
Reply Mon 9 Feb, 2015 07:10 pm
Apparently they were not carrying materials to build a wind farm...
https://www.facebook.com/video.php?v=632662640157582
0 Replies
1
Reply Mon 9 Feb, 2015 07:38 pm
Since Mister bonehead-who's-actually-an-Exxon-shill, while posing as a myopic solar cell promoter, has never actually done any research in serious ecological design, he's never heard of Paolo Soleri. What a shame. To anyone else who might read this thread, it's worth googling Soleri and Arcology. He was 100 years ahead of his time in recognizing the interconnectedness of urban living, ecology and design, and how such intelligent architectural and urban planning issues can have a far greater impact on reducing carbon footprints and energy usage than any number of solar cells or other short-sighted approaches that do nothing to reduce skyrocketing energy demands.

Soleri received a fellowship from the Graham Foundation and two from the Guggenheim Foundation. He has been awarded three honorary doctorates, the American Institute of Architects Gold Medal, the Gold Medal from the World Biennial of Architecture in Sofia, the National Design Award for Lifetime Achievement from the Smithsonian’s Cooper-Hewitt National Design Museum and the Medici Award for lifetime of excellence in the Arts and the Commendatore della Repubblica Italiana, for excellence in the field of arts and sciences, awarded by Consul General of Italy.

1 Reply
1
Reply Mon 9 Feb, 2015 08:07 pm
@Banana Breath,
It would be nice to have those utopia cities but since dirty energy kicked the stool out from under such lofty ideas long ago it seems your only recourse is to further criticize ANY efforts to convert our energy supply to green sources.

So who is the bonehead-who's-actually-an-Exxon-shill?

You are doing their dirty work for them posting your/their anti solar panel rubbish! While tooting your own horn and promoting an outlandish idea of the rebuilding of major urban areas without even considering where the rare earth minerals would come from to do that!

Good for a laugh actually...

It take a lot of graphite to make all those pencil drawings...

Where is that going to come from to begin with? China maybe?

Here we go again, crude oil a horrendous blight upon the earth.

Another river polluted!!!
0 Replies
1
Reply Thu 19 Feb, 2015 12:52 am
http://on.msnbc.com/1EqFqLK
Oil accidents cause another day of distress
Rachel Maddow reports on an oil refinery explosion in California and the continuing situation in West Virginia where an oil tanker derailment caused massive explosions on Monday.

This is becoming a daily occurrence now. Areas becoming polluted beyond the scope of any reasonable or possible cleanup response.

Coke (fuel)
Coke is a fuel with few impurities and a high carbon content, usually made from coal. It is the solid carbonaceous material derived from destructive distillation of low-ash, low-sulfur bituminous coal. Cokes made from coal are grey, hard, and porous. While coke can be formed naturally, the commonly used form is man-made. The form known as petroleum coke, or pet coke, is derived from oil refinery coker units or other cracking processes.


Comment: Don't worry it is only fuel raining from the sky...

Fukushima operator finds new source of radiation leak into sea
http://www.channelnewsasia.com/news/asiapacific/fukushima-operator-finds/1678076.html
0 Replies
1
Reply Sat 7 Mar, 2015 08:04 am
Have a bowl of cereal and check out the stars.

http://www.space.com/28732-nasa-dawn-spacecraft-ion-propulsion.html
0 Replies
1
Reply Sat 7 Mar, 2015 08:06 am
With all of the energy disasters over the last several years it is hard to conceive that republicans want strip mine and rape our earth for their egregious profiteer puppet masters.
0 Replies
1
Reply Sat 14 Mar, 2015 10:12 am
What Would Happen If Wind Power Got The Same Tax Breaks As The Fossil Fuel Industry
http://thinkprogress.org/climate/2015/03/13/3632999/wind-can-grow-but-it-probably-wont/
0 Replies
1
Reply Mon 16 Mar, 2015 07:05 am
A fully transparent solar cell that could make every window and screen a power source
http://www.extremetech.com/extreme/188667-a-fully-transparent-solar-cell-that-could-make-every-window-and-screen-a-power-source
0 Replies
1
Reply Wed 25 Mar, 2015 11:33 am
Large Hadron Collider Scientists Hope to Make Contact with Parallel Universe.
http://secondnexus.com/technology-and-innovation/large-hadron-collider-scientists-hope-make-contact-parallel-universe/
0 Replies