Anyone hear about this?

The early discusion and screaming by ionus at me was due to this entire episode. Mary SChweitzer and Jack Horner found a T REX that was being dissembled. One of Dr SChweitzers prep specs was cleaning the T Rex patellar area and was dissolving the specimen in Hydroflouric acid to remove the silica rock. The tech left the knee in the acid too long and was left with pliable blood vessels and ( they thought) bood cells . They sent the samples to Harvard and the pliable material (subsamples) were tested and then compared against a MAs Spec library of internal standards and they came up with protein like peptide sequences (Thy did NOT find full peptides or even amino acids burt, due to the ratios they found (Glycine to alanine) SChweitzer and Horner (et al) published that the ratios of alanine to glycien matched the ratios found in Chickens, or ostriches, and , about 25% matched Geckos and salamanders and frogs. SO everybody jumped on the bandwagon and declaerd that T Rex was a big chicken (they didnt say a damn thing about ostriches or frogs). The sample specs and the data was sent to a maverick paleoproteomics dude (Science of old proteins) who looked over the mass spec data and declared that iot was all crap. They (SChweitzers team) took some new knee goop from another dinosaur and ran that in a totally new Mass spec and then found out that chicken protein ratios were probably correct and the ostrich protein was due to contamination of the earlier Mass Spec because the Harvard scientists had been running OSTRICH proteins on the same machine and had (maybe) contaminated the sample. The story has been so loaded with screw ups and bad science and Creationist "DNA is Gods map" bullshit that the back story is waay more entertaining than the science.

screaming by ionus at me

As in the following example ? Oh, wait, that was you wasnt it in your first post politely asking what I meant ....

Just so long as we understand what a bad man I am for joining the discussion without asking your permission.
0 Replies
0
Reply Thu 18 Mar, 2010 12:36 am
@Seed,
No problem. I was kind of laughing when I plopped in the (((thud))). Actually I thought that you were just tweaking our beards for demonstrating our classy adult behavior.

Anyway, Im hoping that the whole funky story about this whole episode of:

" just cuz were scientists, doesnt mean we know what the hell were doing"
gets told with as much eagerness as the stories about what was ultimately found out. It has as much fun and games as the "Nebraska Man"

From your link, it seems the force of waters freed from a giant inland sea after the obstruction created by the rise of the plateau was suddenly removed may have created it. Isn't there some way to determine if all these geological strata were sliced down suddenly, by some shock, or slowly, by erosion? If those rocks at the bottom really are as old as it gets, they should provide a record.
1 Reply
1
Reply Thu 18 Mar, 2010 04:27 am
@High Seas,
PS this re-creation (OK, alleged!) of the last 200 million years shows the giant inland seas just east of the Rockies drying out between 70 and 60 million years ago, but not the sudden meteorite crash into what is now the Gulf of Mexico, supposed to have killed the dinosaurs 65 million years ago >
http://www.scotese.com/pangeanim.htm
> Instead the Gulf seems (on link) to have been created in a smooth transition when North America split from Africa. So my question really is, couldn't that same giant meteorite also be implicated in forcing the sudden drainage of the inland sea towards the ocean, creating the Grand Canyon in the process? I just don't see how erosion from a flowing river can create 2 vertical walls with strata dating back more than 4 billion years - not that I have any opinions on geology, I'm just thinking of the structural engineering involved in dams and support walls for riverbanks.
1 Reply
1
Reply Thu 18 Mar, 2010 05:49 am
@High Seas,
A lot of it depends on what is in the water and its speed. Sediment up to the size of boulders is sometimes involved in large scale erosion like the Grand Canyon, and the speed of the water can turn it all into the natural equivalent of a high speed saw. The badlands are also interesting for a debate on how quickly they were formed.
0 Replies
0
Reply Thu 18 Mar, 2010 09:33 am
@farmerman,
farmerman wrote: 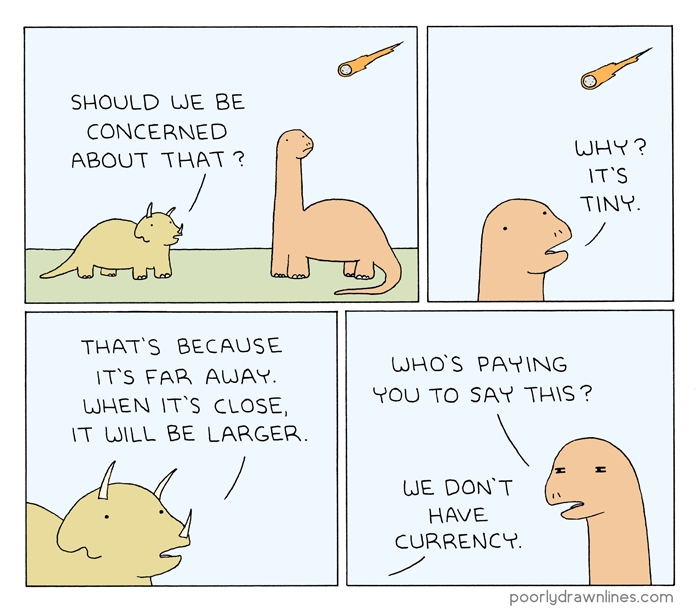