How can I enjoy vacation in San Diego in a tight budget?

Forums: Travel, Vacation, Budget, San Diego, San Diego Lodging
Email this Topic • Print this Page
1
Reply Sun 1 Feb, 2009 07:03 pm
@hamburger,
Never mind "them." They just don't know how to enjoy life, and criticize us for enjoying ours.
0 Replies
1
Reply Sun 1 Feb, 2009 07:19 pm
Don't even think about going to Tijuana, it's way to dangerous and as long
as they haven cleaned up their act, I would not advice anyone going there
which is a shame as I used to love Tijuana and Ensenada.

Others have said pretty much what's desirable to see. I live here, so
I naturally recommend that part of town, as Robert has already mentioned.
Have lunch at the patio at the La Valencia hotel, and stroll down to the
Cove. Robert probably doesn't remember, but unless you'll be on Prospect
very early in the morning, you won't find parking that easily. The La Valencia
has valet parking and you don't have to worry about finding a spot, at least
for a few hours (meter maids are fierce in that area). Stroll along
Coast Blvd. towards Children's pool and watch the seals, the Museum of
Contemporary Art close by is also quite nice.

Gaslamp Quarter is full of restaurants and nightlife - probably quite interesting for Clive. It's nice to visit though.

I for one think that Sea World is overrated, I much prefer the zoo.
1 Reply
1
Reply Sun 1 Feb, 2009 07:24 pm
@CalamityJane,
The Sea World in San Diego was a letdown for us when we visited many years ago.
0 Replies
1
Reply Sun 1 Feb, 2009 07:32 pm
Gotta second the Del Coronado recommendation, they have a weekend buffet brunch that's a bit pricey but may well be the best buffet in town.

As to Prospect, yes if you want to park right there you are better off leaving it with a valet, but you can usually find parking a block or two away fairly easily except on weekends. But no matter what, I highly recommend that whole area, it was one of my favorite spots to hang out and it's gorgeous.
0 Replies
1
Reply Sun 1 Feb, 2009 08:10 pm
On the outside patio of the Coronado Hotel they have on weekends
live music. It's so nice sitting there late afternoon, watching the sun over
the ocean, listening to nice music (last time we went they had jazz) and
sip a glass of whatever. 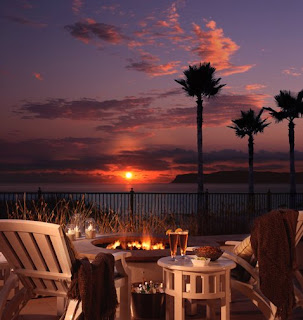