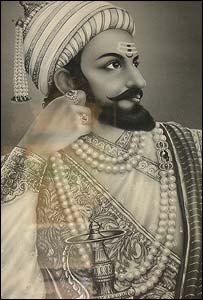 The government of the Indian state of Maharashtra says it plans to build a statue off the Mumbai (Bombay) coast to rival New York's Statue of Liberty.

The statue will be of the Maratha warrior king Shivaji, considered a hero in Maharashtra for his defiance of Mughal and British forces.

The statue will be built on a man-made island, which will include a library, a museum and an amphitheatre.

Critics say the project is too expensive at more than $4.5m.

They say that the government of the western Indian state faces more pressing problems, such as a food, water and power crisis in addition to a high suicide level among farmers.

Vishal Dhage, a state government official, said the statue would be about the same height as the Statue of Liberty - which, with plinth included, stands at 305ft (92.69m).

Mr Dhage said the state had been planning the statue for more than three years and had been working on different short-listed sites.


A state-government-appointed committee selected the off-shore site near Marine Drive, which is also known as the Queen's Necklace because of its line of street lights.

Officials say technical issues surrounding the building of the island have still to be worked out.

But Chief Minister Vilasrao Deshmukh visited the site on Monday and reiterated promises that the statue would eventually be erected.

Mr Deshmukh said that when it was completed, the statue would be an important tourist spot, with sound and light shows to explain the importance of the warrior king.

Officials say the statue will be in bronze and may be built by a sculptor specialising in Shivaji statues.

There are several statues of Shivaji riding a horse with a sword in his hand at important locations in Mumbai, which is now India's financial and film capital.

King Shivaji is an icon adopted by the militant right-wing Maharashtra group, Shiv Sena, which says more should be done to promote the rights of "local" people in the state rather than "outsiders".

Moves to erect the statue have been described as a ploy to win local support ahead of elections next year.

His exploits against the Mughal army made him a hero in his lifetime and a deity in western India after his death.

His army - though much smaller than those of his enemies - was known to employ guerrilla tactics.

He built several hundred forts in Maharashtra including sea forts.

Shivaji died in his forties and Maratha influence was then drastically reduced in western India.