Forums: Books, Reading, New Books, Reading List, Book
Email this Topic • Print this Page
1
Reply Wed 6 Mar, 2013 06:26 pm
I'm getting bogged down with David Foster Wallace's Brief Interviews with Hideous Men - some of it is repetitive, repetitive on purpose. Over all, still very interesting. The Roddy Doyle book I just read (The Van) was also repetitive (you, or at least I, want to clobber the protagonist), and remained interesting.
0 Replies
0
Reply Wed 6 Mar, 2013 06:49 pm
@plainoldme,
Do your realize just how utterly exceptional a tour de force is?

I love "A Star Called Henry," but would never call it a tour de force.

It's highly unlikely that a "clever novel" could ever be considered a tour de force.

A number of Shakespeare's works can be aptly described as a tour de force. Any derivative work, no matter how clever, cannot.

Normally I wouldn't make much of the obvious misuse of the term tour de force, but you posture yourself as an actual and elevated intellectual and since you lay claim to the glory, you need to be held strictly to the standards.

I just started Escape from Camp 14: One Man's Remarkable Odyssey from North Korea to Freedom in the West by Blaine Harden.


I just read it and the apathy in the US towards the North Korean detention camp system is alarming.
The cruelty Pyongyang fosters on its people is heart-breaking 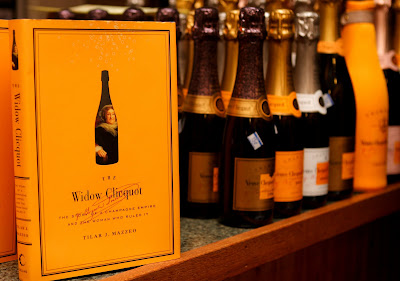 I have found some information about Cutler over internet, just wish I knew more about him.
He seems too naive in connection with Dalai Lama.
Any of you know more about him?
0 Replies
1
Reply Sat 11 May, 2013 08:25 pm

The Elements of Teaching Writing by Katherine Gottschalk and Keith Hjortshoj

First of all, anyone who takes someone to task on the basis you attempted to put me in what you consider my place has to say something more in tune with reality than, "A number of Shakespeare's works can be aptly described as a tour de force. Any derivative work, no matter how clever, cannot."

Third, each person has their own language, their own personal set of definitions. Such a language is called an idiolect. I have often stated my personal definition of both "morality" and "ethics" here. I feel morality is inferior to ethics because, according to my idiolect, morality is simply the set of precepts/laws/rules/courtesies one inherits while ethics are what one achieves by pondering on the inherited morality and assuming intellectual mastery of it. One of our conservative brethren leaped on me and said that he would then rape a young girl in order to determine if that was the wrong thing to do. I ignored the person for several reasons, one of them being his inability to reason. You are simply guilty of not realizing that people are entitled to their own opinions and of not recognizing that each person has a unique idiolect.

While it is true that the other person (frankly, I have no memory of who it was . . . probably a purposeful act) was offensive as well as many other things, you simply demonstrate a desire to put me in the place you think appropriate. So be it. Have fun!

...people are entitled to their own opinions ...

The attitude of a dilettante straining to be controversial.
1 Reply
2
Reply Thu 23 May, 2013 12:50 pm
@spendius,
They may be derivative, or authored by somebody else, perhaps Edward de Vere, but it would be a bit harsh to be accused of both charges simultaneously.
0 Replies
1
Reply Thu 23 May, 2013 12:58 pm
I just finished Girl with the Dragon Tattoo, which I was figuring I probably wouldn't like. I did though.
1 Reply
1
Reply Thu 23 May, 2013 02:19 pm
I am reading the English translation of Ryu Murakami's Audition, a 1997 novel which was made into one of the most disturbing horror films ever. I would rather read the story than watch the horrifying images in the movie.

I just finished Girl with the Dragon Tattoo, which I was figuring I probably wouldn't like. I did though.

I just finished Girl with the Dragon Tattoo, which I was figuring I probably wouldn't like. I did though.


If you haven't seen the Swedish film version, do. Noomi Rapace is outstanding in the lead role. I'd take a pass on the 2 sequels though. (She's great throughout, but the story's not as good in parts 2 & 3)