Little known fact ; Originally instead of "heart" it was "butt" but the publisher change, the world wasn't ready for that yet.

if you're going to try,
go all the way.

if you're going to try,
go all the way.
this could mean losing girlfriends,
wives, relatives, jobs and
maybe your mind.

go all the way.

and you'll do it
despite rejection and the worst odds
and it will be better than
anything else
you can imagine.

if you're going to try,
go all the way.
there is no other feeling like that.

you will be alone with the gods
and the nights will flame with
fire.

you will ride life straight to
perfect laughter,
its the only good fight
there is.
0 Replies
1
Reply Fri 14 Mar, 2008 03:01 am
"Show me a man who lives alone and has a perpetually clean kitchen, and 8 times out of 9 I'll show you a man with detestable spiritual qualities." 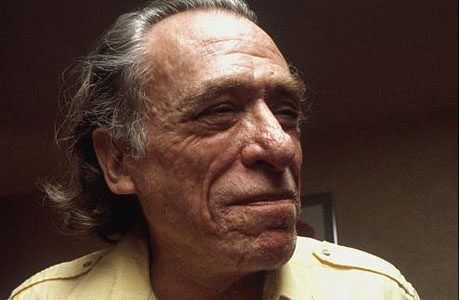 E-mail this poem to e friend

Send this poem as eCard

Add this poem to MyPoemList


with an Apple Macintosh
you can't run Radio Shack programs
in its disc drive.
nor can a Commodore 64
drive read a file
you have created on an
IBM Personal Computer.
both Kaypro and Osborne computers use
the CP/M operating system
but can't read each other's
handwriting
for they format (write
on) discs in different
ways.
the Tandy 2000 runs MS-DOS but
can't use most programs produced for
the IBM Personal Computer
unless certain
bits and bytes are
altered
but the wind still blows over
Savannah
and in the Spring
the turkey buzzard struts and
flounces before his
hens.

0 Replies
1
Reply Fri 20 Apr, 2012 11:02 pm
@Amigo,
What's a beat writer?
1 Reply
1
Reply Sat 21 Apr, 2012 07:42 am
@Tabish,
Simplest way of putting it, refers to writers of the beat generation, they went against conventional writing and consciousness, anti-traditionalisma, anti-conformity. It's more complicated than that; the above is just a basic.