Why Do Atheists Deny God So Much? 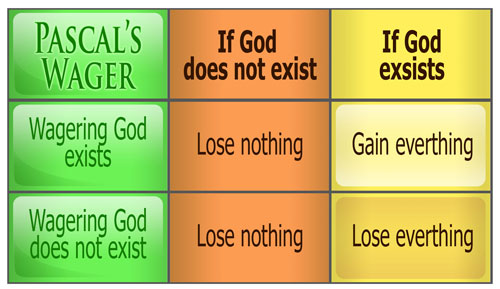 You see, the New Testament repeatedly tells us that Christ died for sins. In fact, when we look at many passages, we find out something extraordinary.

Christianity is not a religion.

What do you mean, you say? Well, it's like this. A religion is something where beliefs are channeled towards a purpose, as in "Believe in Islam you go to paradise, but if you don't believe you got to be tormented and you eat from the zaqqum tree that pricks you until you bleed." It's an either/or proposition. Either be a Jain and commit to not harming all life, or you might come back as a flea or something. Either be Taoist or... actually Taoism is pretty chill.

With me so far?

Good, read this.
The text, which I am certain you have not read (given this forum) tells us that early Jews only believed the Messiah would die for Jews. This is called limited atonement. But this is not shared by either Christ or early Christians.

3 This is good and acceptable in the sight of God our Savior, 4 who desires all men to be saved and to come to the knowledge of the truth. 5 For there is one God, and one mediator also between God and men, the man Christ Jesus, 6 who gave Himself as a ransom for all, the testimony given at the proper time. 7 For this I was appointed a preacher and an apostle (I am telling the truth, I am not lying) as a teacher of the Gentiles in faith and truth. 8 Therefore I want the men in every place to pray, lifting up holy hands, without wrath and dissension

All. Not some. Not all believers.

Here, it says so even more explicitly.

For it is for this we labor and strive, because we have fixed our hope on the living God, who is the Savior of all men, especially of believers.

All men, but especially believers. Not the savior of believers.

We further are taught that there is actually nothing we can do to earn God's favor, because the law is a "curse" and because Christ died for all. We then are told through other passages that it is impossible to keep the law, and in fact all of us have failed. In fact, if we had to do something, the death of Christ would be for nothing. Yes, I know many atheists think he died for nothing (or didn't die), but this makes them in service of the law. "Am I recycling enough? Am I working hard enough? Have I done enough for SOCIAL JUSTICE~~~? :dramatic_voice:" The thing is that it is not ever enough.

In other words, believing in Christ is completely meaningless. Following rules is meaningless. Jesus either likes you or he does not. If Christ died for all sins, he isn't gonna care that you don't believe, and there certainly isn't a place called hell.

Now, does this mean you should drop everything and become a Christian? Have you not been paying attention here? Christianity is not a religion. But ideally, being a Christian means you have insight into your own life, and are not as tense about death and stuff. If course, that too is something that can be learned.

So why get hung up about God, anyway? If God is loving and merciful, he loves and has mercy even for those who hate him. If God is petty, we don't need to worship him because he's a dick who would send us to hell simply for talking bad about him.

How can we be sure that all religions are wrong? - Discussion by reasoning logic
What if no religions are correct, but there still is a God? - Question by neologist
We are all like little children who often say: "Mom, Dad, leave me alone, I want to be on my own". - Question by Leaffan
Beyond tribalism; How well does your religious label serve you? - Discussion by MattDavis
Is religion responsible for the opposition to peace in the Israel-Palestine conflict? - Question by maxdancona
Concern for Religious Freedom or Preaching Political Messages? - Discussion by wandeljw
Why believe in god? The theist perspective. - Discussion by msolga
Why People Seek Solace In Gods. - Question by mark noble
Catholic remarried couples should abstain from sex - Question by Tes yeux noirs
How can a good God allow suffering - Question by SawyerMentink
Religion and Fear - Discussion by TomTomBinks
Copyright © 2022 MadLab, LLC :: Terms of Service :: Privacy Policy :: Page generated in 0.03 seconds on 08/09/2022 at 02:15:37
▲ ▼