Forums: Language, Culture, Speech
Email this Topic • Print this Page
Reply Mon 20 Sep, 2021 05:43 pm
My Italian grandparents came from Naples after WW1 and settled in West Springfield Mass. When I knew them, they spoke English pretty well, but still had some interesting turns-of-phrase from the Old Country...

A young Irish man spending a year working in Boston - at a gathering at a friends (mostly all Americans) apartment - he gets up and says, excuse me, I am going out to get myself a fag.

An old woman visited with my grandma fairly often. Both Italian. She told my grandma one day, "Rose, I'll see you Tuesday if I'm not dead. If I am dead though ... I'll see you Friday."

Same lady told me that I should wear plain rubber boots, not galoshes (remember those big black rubber boots that had adjustable metal buckles up the front?) because the combined "drawing power" of the rubber and metal (an "unnatural combination") would pull my eyesight down into the boots and I would go blind.

Seems there were several ways to go blind when I was a kid...

Back on track, if my Grandpa saw that a kid's zipper was down, he'd say, "Hey, no sales today, it's not Wednesday. Watsamatta with you?" In a Roman Catholic community in the 50's, it was a sin to eat meat on Friday. The grocer sold meat products cheaper on Wednesday because few would buy meat on Thursday that couldn't be eaten until Saturday (unless they ate it on Thursday). Fewer still would buy on Friday because even buying meat on that day sort of ... felt sinful (he sold a lot of fish though). It would be Saturday before they could eat meat anyway, and it would already be a day old. The big Italian sausages were hung prominently on display in front of all the other meat on sale. While Italian sausages would last a while (at home), folks always wanted to buy fresh, and so beginning on Saturday morning he'd grind fresh meat and stuff new sausages to be sold until next Wednesday, when it went on sale.

Primarily she insists on sounding the ed in every word, like Shakespeare.

Normally it isn't a problem, that was until she asked for skimmed milk.

The way she says it, it sounds like Skinhead milk, and ski head and milk are two words that should never be next to each other
0 Replies
2
Reply Wed 22 Sep, 2021 06:18 am
@lmur,
He must have been too fagged out to explain.
0 Replies
1
Reply Wed 22 Sep, 2021 06:58 am
Grandpa used adjectives as names sometimes. The stupid governor, idiotic police officer, or an unreasonable nurse would become "Governor Stupid, Police Officer Idiotic, and Nurse Unreasonable"...
0 Replies
1
Reply Thu 23 Sep, 2021 03:40 am
Before making a performance visit to a foreign country, my old karate teacher on Okinawa (who did not speak English) asked my wife and I to teach him how to say "stupid" in English. Apparently he had seen some pretty stupid things on his previous visits and wanted to be able to tell someone when a thing was stupid.

We really tried to get him to form the "st" sound, which in Japanese doesn't sound quite the same, and the long u sound which seemed to escape him.

The Japanese word is "baka". Closest he could come to "stupid" in English was "teepit", with the ee sounding partly like a u.

He tried and tried, then just said, "Ahh, BAKA!"

From that day on (for about 23 years now) my wife and I say "teepit" when we think something is really dumb, silly, or just plain stupid, and we laugh together.
0 Replies
1
Reply Thu 23 Sep, 2021 03:53 am
In Portuguese h and r sounds are similar.

She was watching Robin of Sherwood when she suddenly announced that the main character had just said "I am Hobbin in the Hood."
2 Replies
1
Reply Thu 23 Sep, 2021 06:14 am
@izzythepush,
A teacher in HS used to quiet the class down with "C'mon people -- act human", but it always came out as "act herman"...

And the principal couldn't pronounce r and l, replacing it with w. He sounded like Elmer Fudd when he said "I am vewy pweased to see that the Science Cwass has sucessfuwwy waised a famiwy of wabbits..."
1 Reply
1
Reply Thu 23 Sep, 2021 07:52 am
@Seizan,
Sounding w for r is a feature over here either by the very posh like Roy (Woy,) Jenkins. 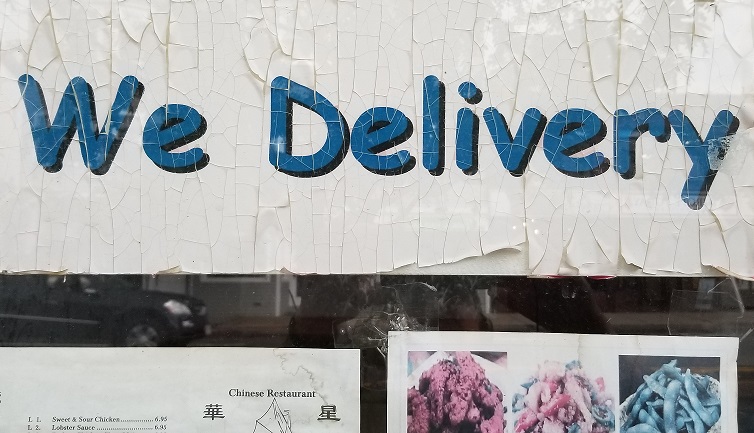 When I first arrived on Okinawa in 1979, I took a trip to Naha, the city on the southern end of the island. I did some shopping and was hungry before going home so I stopped in a small restaurant that had a sign in English: "Lunch special - All You Can Eat for $4.95".

I had the set lunch menu then ordered an extra helping of fish and miso soup. Then I had a sandwich which was quite tasty, then ordered some pickled vegetables, and a dessert.

I asked the cashier, "What happened to the 'All you can eat' lunch special as shown on the advertisement in the window?"

She didn't quite understand, and went to get the chef/owner. He came out of the kitchen looking unhappy...

I asked him about the "all you can eat" and he said, "Yes, that right. You order lunch special, then more, then look at menu and order more, then dessert. Come to $8.50."