Forums: Joke, Humour And Humor, Years In The Making
Email this Topic • Print this Page
Reply Wed 5 Aug, 2020 01:13 pm
So, as it turns out, I found myself in a space of sheer boredom. My television remote in hand, I started up the television. First I checked the news, where a lengthy portion was about yesterday's weather and Tropical Storm Isaias.

Checked the traffic channel (still have not readjusted their clock, it runs 5 minutes slow).

Then to the Game Show Network and an old episode of Match Game. This one was a 1977 episode. Hairstyles and clothes were strange.

Today's contestant was given a Dumb Donald item.

Dumb Donald is so dumb, when his electric toothbrush broke he used his _________.

The contestant was equally stupid, he suggested 'electric hairbrush '.

The other guests offered odd answers too.

Apparently Dumb Donald has a history of mention on Match Game.
Here's a link to a daily kos item from a few days back.
Please note: Daily Kos created new jokes.
There are also a number of YouTube videos.

Tell us just how stupendously delusional and ignorant DonDon Trump is.
www.dailykos.com/stories/2020/7/27/1963653/-Dumb-Donald-is-So-Dumb
Type: Discussion • Score: 0 • Views: 410 • Replies: 7
No top replies
1
Reply Wed 5 Aug, 2020 02:11 pm
@Sturgis,
ELECTRIC CHAIR!!
0 Replies
1
Reply Wed 5 Aug, 2020 02:22 pm
@Sturgis,
I have never heard of match game or a British celebrity called Richard Dawson. However, it does sound very much like a quiz show over here called Blanketty Blank. One of its hosts was a popular comedian called Les Dawson.

https://en.wikipedia.org/wiki/Richard_Dawson
1 Reply
1
Reply Wed 5 Aug, 2020 03:52 pm
@Region Philbis,
Thanks, he sounds like someone who was a lot more famous in America than Britain. 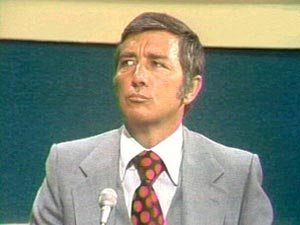 0 Replies
1
Reply Fri 7 Aug, 2020 03:08 am
@Region Philbis,
There are those who have gone the other way. Ruby Wax and Reginald D Hunter are very well known over here.
0 Replies