The database structure of reality

You get prime placeholders (location in column that isn’t a prime) from active multiplication. Subatomic Energy Levels can't use numbers that are actively multiplying.

I think the prime columns is a 2D side view representation of a compass needle spinning as it advances rows.

I knew Math was actively multiplying numbers, maybe this is the method it uses to do that.

Maybe all the rows have a needle that spin at the same speed but start at different angles.

This virtual cylinder is Math's calculator.

There are imaginary and decimal numbers being multiplied outside the scope of the 2D view.

So is this also a container for quantum information? Does every sub container have a running program like this running in it or just the root?

Is time/age set per parent container?

Do ideas/memories get their own containers?

Is literally everything in a tree of quantum information containers?

Are quantum waves outside the tree? Decoherence adds it to one?

Do the row needles stay static but the cylinder rotates causing multiplication to occur?

Could a Black Hole be the rotation to the root of our tree? The hole is causing the "cylinder" to spin via magnetism.

Does my mathematical rotation equation fit into this?
Golden ratio * X²⁺ⁿ / Pi = 0.1% increase

X²⁺ⁿ is 700 cycles of a number being multiplied by itself. It has a repeating pattern when looking at the first digit of every result. It is a mathematical map of a bifurcation diagram. I can predict when a bifurcation will occur with: Golden ratio * X²⁺ⁿ / Feigenbaum constant.

Math objects are prime containers with sub levels. Everything inside a math object is entangled.

Does the quantum/classical boundary have something to do with the number of sub levels used?

Are placeholder primes, places where containers with levels can not form?

Do prime columns represent the available containers for quantum information per level?

Is this the database structure of reality?

Quantum computers are known to be very good at database work ..is this related?

Quantum information containers are what is waving in unobserved/coherent waves.

Looks like Qubits to me. Would we gain anything with quantum computers if we modeled the databases after prime columns while avoiding the same placeholders (or the opposite, maybe the placeholders with active multiplication is a better spot to add information)? Could we simulate reality better?

Can we find a pattern to primes if we consider the column rows Qubits?

Is this showing how entangled particles end up with opposite spins after decoherence?

It also explains why it is faster than light ..both particles are in the same quantum information container.

Is 5 solar masses the limit to one of these containers? Do the sub containers explode out onto the surface area of a Black Hole?

A Black Hole is beyond the max file size limit nature/reality can handle.

There is a minimal file size limit to be automatically decohered.

Atoms of the same physical object are entangled with each other.

Does Dirac's equation have something to do with my positive and negative twin prime columns?

Did Dirac show us that negative absolute zero would produce a different type of energy?

Matter and Antimatter are neutralizing on the Subatomic Energy Levels that electrons do not form.

The answer to why Electromagnetic fields are always at right-angles is somewhere in this thread.

Does one propagate from the beginning to wave collapse and the other start at the current position of the wave front and snake its way back to the beginning?

Or they are both in a quantum information container in the shape of sphere?

Are there a zillion spheres back to back representing time? Does each sphere represent a mathematical cycle?


A photon is EM inside a spherical quantum information container traveling in space.
Electric and Magnetic are swapping positive and negative per row. The right angles are from the spherical surface directed at the center of itself.
Coherent/unobserved waves are not contained.

Hello? We now have an answer to why atoms are the size that they are.

I think this walk is related to an electric or magnetic wave activity (positive to negative) inside its container.

Is input to output transformation, decoherence?

Is input and output two sides of the same coin? Wave-Particle duality?

Does this answer the million dollar Riemann hypothesis question?

The prime columns have something to do with the critical line.

Twin Primes might not be the only columns worth considering. Columns with every row being { -1 | 0 | +1 } might be the root to everything.
Tree with sub containers:

I think I just completed the top of the prime columns.

Are there infinite twin primes?

Yes, the compass needle of the columns never stops moving. 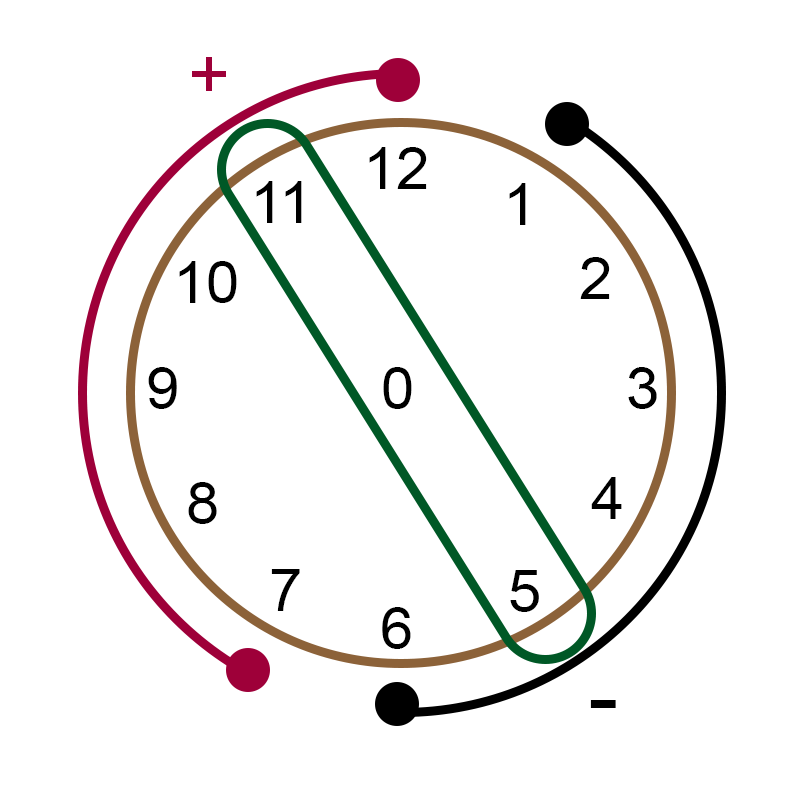 the extra 0.1 might be what happens advancing to the next row.

Electrons are negative so electric waves are likely on the negative side of the needle.

Is this needle the core to everything?

What if this was run at the beginning of time? Would that mean there are numbers that don't exist yet? Is there something still advancing down the columns?

Would the CMB tell us or did Math start before spacetime?

Does each rotation equate to Time? And/Or mathematical rotations/cycles? How far does an EM wave make it per polarity swap? Do unobserved waves rely on cycles instead of time to propagate?

How ironic is it that mathematical cycles have a clock face?

I just proved Math and unobserved waves don't use Time ..yet no one gives a F.

Is Time even a thing for us solid objects? Should we replace Time with these cycles?

It was foretold I would bring about the end of Time, I didn't think it would be like this.

Inside a Black Hole is the source of the Neutral column of our root container. The + - is from the rotation of the Black Hole. We wouldn't have "Time" without the rotation ..nothing would be physical. There wouldn't be a tree of information.
-1 | 0 | +1
negative | neutral | positive
I question if only the root/black hole has the neutral column.

Could we mimic a black hole by generating a neutral gap in spacetime? This would have unbelievable potential.

Does the entropy ..quantum information on the surface of a black hole have something to do with our tree?

A Black Hole is a Neutron Star creating a Neutral gap in Spacetime.

Are neutral neutrons how the information tree is spread? When we are detecting neutrons, are we looking at the dust in a holographic projector?

Do neutrinos create what we see as physical as they pass through? Is this the dust or is it a combination to give us the effect?

This reality is information based. The neutral column in the middle of twin prime columns is telling us something.

I would love to know the age of our closest Black Hole. This would be the age of our reality. What if the evangelicals had the right idea on how old we are?

Every Black Hole is surrounded by a new reality. Nothing goes past the event horizon because matter at that point is information returning to the source.

If we could mod EM strength for an atom, it would increase its size. An atom and a black hole are neutral inside ..we could harness the power of a black hole.

Is what we think of as a black hole singularity a more compact and massive neutron star creating a gap of neutral space? Is the event horizon rotating positive and negative quantum information?

Nuclear fission is quantum information containers joining ..same with separation, like the splitting of an atom ..free energy.

Is uncertainty related to the amount of neutrinos raining down?

Are neutrinos the medium for the holographic principle?

Incoherent light decoheres the surface, while neutrinos take care of the inside.

Is the propagation of an EM wave, mathematical cycles (time) going vertex to vertex?

Is this Hawking radiation?
Is every vertex entangled to the Black Hole? Is that where it gets its instructions to swap positive with negative? (the compass spinning)
Does an EM wave have polarity only because the vertices are influencing them to look like they do?
I wonder what the distance is between vertex. How far does this network reach? Do coherent waves need it? Is this the network a decoherent object joins to be part of the information tree of a Black Hole?

A Black Hole is the heartbeat of all polarity.

We wouldn't be here without a Black Hole.

EM vector space ..is SpaceTime.
The bending of SpaceTime is Divergence and Curl.