They were used by the famous Afghanis who provisioned and connected the remote outback before trains, motor vehicles and aircraft.

They were allowed to go feral and are now a serious threat to a massive section of the Australian eco system.

They force out native fauna and have a terrible effect on vegetation.

Like rabbits, goats, donkeys, cane toads, feral dogs and cats and now deer, they are destructive in a terrible way, through no fault of their own.

Water is one of the issues.

They are culled all the time.....with little effect, as with other feral.

We do export them to the Middle East as, I understand, they are free of disease.

There are attempts to create a camel meat industry.

It’s sad....they are amazing to come across in the outback.

We have nearly run into them at twilight....they are well camouflaged and move like ghosts.

Also, of late, Murdoch reporters have been known to write articles challenging the Murdoch script.

May his empire rot from within.
1 Reply
1
Reply Thu 9 Jan, 2020 07:42 pm
@Borat Sister,
I was hopeful that the kids might take a different direction but that doesn't seem to be happening. James, probably the son least like father, seems now to be separated from the main operations of the family's holdings. Lachlan now heads up News Corp and the Fox Corp but I see no evidence that he is diverging from Rupert's ways (FOX in the US is, if anything, getting worse presently). Elisabeth looks to be mostly outside politics-related activities.

But if you're seeing some changes in Murdoch's Australian press holdings, that would very welcome.
3 Replies
1
Reply Thu 9 Jan, 2020 07:46 pm
@Borat Sister,
You would likely die if you hit a camel at speed.

Good thing farmerman does not drive through there.
0 Replies
1
Reply Thu 9 Jan, 2020 08:36 pm
@blatham,
Hmm....recently skimmed an article re a mini Murdoch worm turning a bit.

We can but hope.


0 Replies
1
Reply Thu 9 Jan, 2020 08:38 pm
@blatham,
I actually refuse to imbibe the Murdoch kool aid, so all my information about the dark lord’s doings are taken from other media.
0 Replies
1
Reply Thu 9 Jan, 2020 09:08 pm
@blatham,
Aha! I can’t copy the URL, it’s blocked, but the Melbourne paper, TheAge...non Murdoch...has just quoted an email sent by a Murdoch employee to News Corp employees expressing her distress at the company’s coverage of the bush fire crisis.

Specifically she notes the attempts by the company to divert attention from the real issue, which is climate change, to favoured scapegoats of the company, such as green activists.

Be interesting to see if, with the public spotlight on the company, she gets thrown under the bus immediately, or quietly assassinated when Murdoch thinks the teeny weeny attention span of the masses is diverted by some new beat up
1 Reply
3
Reply Thu 9 Jan, 2020 09:40 pm
@Borat Sister,
Here’s part of the story, as posted by Msolga on Facebook

“ Published by the Age newspaper just now: "Ms Townsend, who has worked for News Corp Australia for five years, thanked (executive chairman) Mr Miller for the email about fundraising initiatives in relation to the fires, but said the efforts did not offset the company's coverage of the bushfires.

"I have been severely impacted by the coverage of News Corp publications in relation to the fires, in particular the misinformation campaign that has tried to divert attention away from the real issue which is climate change to rather focus on arson (including misrepresenting facts)," she said.

“I find it unconscionable to continue working for this company, knowing I am contributing to the spread of climate change denial and lies. The reporting I have witnessed in The Australian, The Daily Telegraph and Herald Sun is not only irresponsible, but dangerous and damaging to our communities and beautiful planet that needs us more than ever to acknowledge the destruction we have caused and start doing something about it."

https://www.theage.com.au/environment/climate-change/dangerous-misinformation-news-corp-employee-s-fire-coverage-email-20200110-p53qel.html
~”
1 Reply
1
Reply Fri 10 Jan, 2020 07:06 am
@Borat Sister,
Between the NOW hacking scandal in Britain and the present, I've seen a variety of pieces on the Murdoch family which held out hope that the boys (who Rupert seemed to favor over the daughter given where they were placed) might be showing signs of a more liberal bent. That's clearly true of Jamie and wife but it doesn't seem to be so re Lachlan. And I've seen no instance where either of the three kids have publicly criticized their father. Jamie did speak once or twice about disagreements with how Ailes ran FOX but that's all I've seen over these intervening years.

It's good to see Townsend acting and speaking as she has. I can see how Australia's present situation is certain to shake up Australians even where their paycheck comes from climate denial media operations.

Just racking my brain now, I can recall quite a few former FOX employees in the US who have publicly criticized the conglomerate's operations/ideology but those have been mostly low-level people. The phenomenon of high profile female stars speaking out re sexual crimes perpetrated by Ailes, Shine, O'Reilly and others has really been limited to those sexual issues. I don't think any have admitted that FOX is a propaganda operation filling peoples' heads with false information even on such an obvious case as climate change.

It's quite possible I've missed stuff re the above but I do try to pay attention to right wing media and FOX particularly.

I would love to be more positive about all this. It's frequently pointed out that the FOX-viewing demographic is old and dying off, with the related implication that FOX will have to somehow rebrand itself to maintain market share. But I've seen no evidence this is happening yet. And we don't have to go much further up the road for things to turn some very bad corners where civility and rationality become objects of nostalgia.
0 Replies
1
Reply Fri 10 Jan, 2020 08:19 am
Watching some protests in Australia against GW denial, it occurred to me that I ought to add another thought to this...

I think our only realistic hope that the GW denial phenomenon that we see spread across right wing media in the western world might be so shaken as to bring down or seriously damage those media operations might occur only in the face of increasing catastrophes. Mere rationalism will not suffice. More data will not suffice. 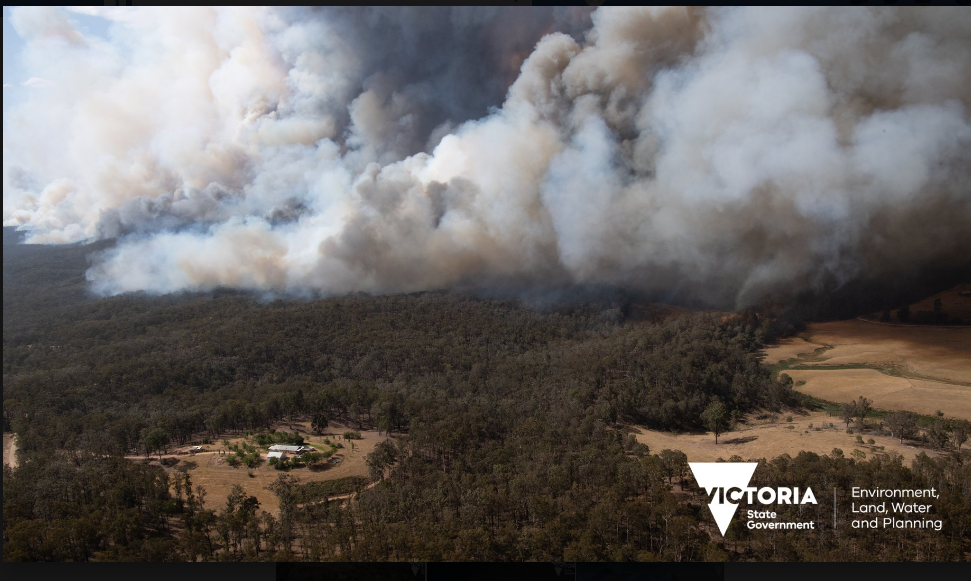 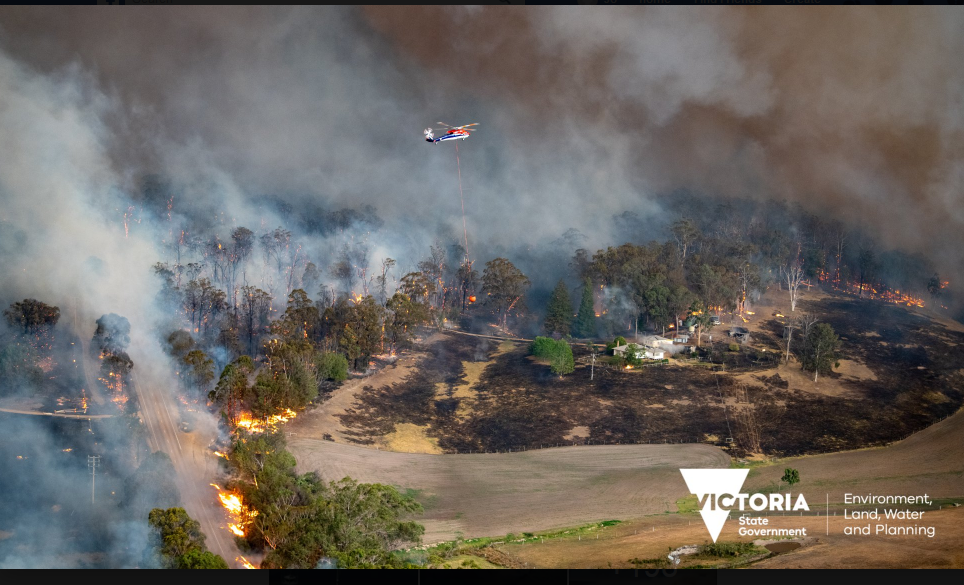 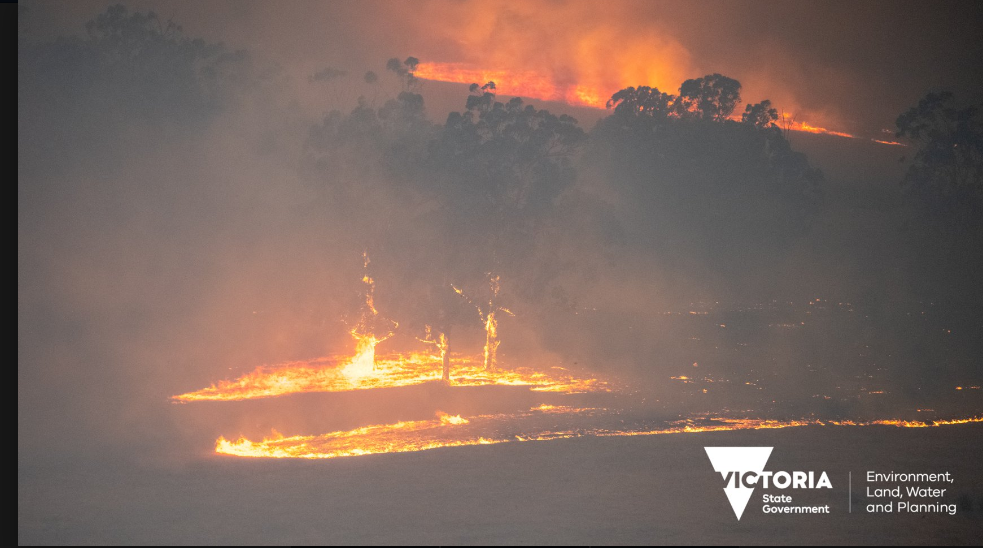 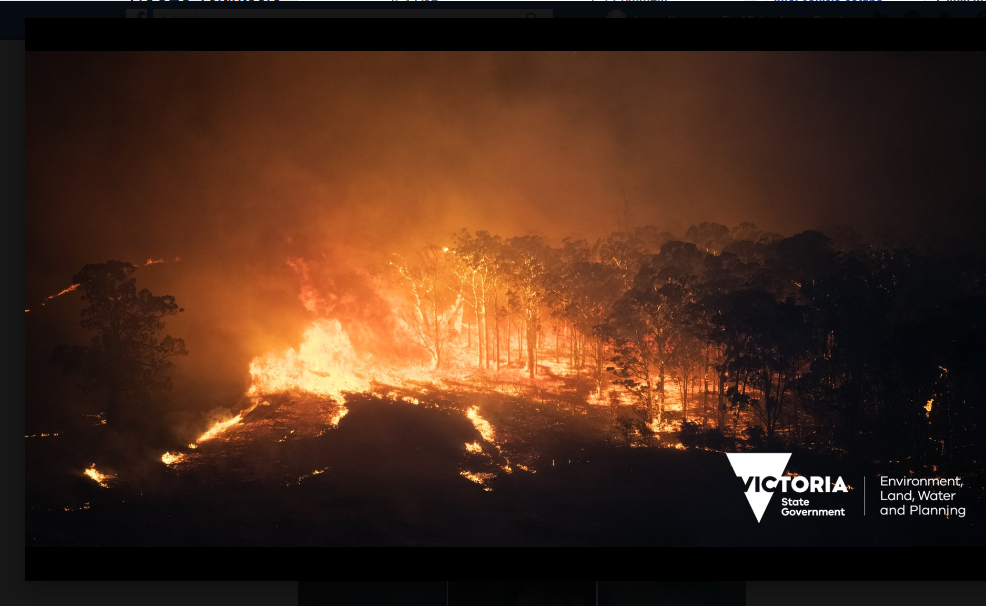 The helicopter in this one, well above the tree tops, gives an idea of the size of this wall of smoke. 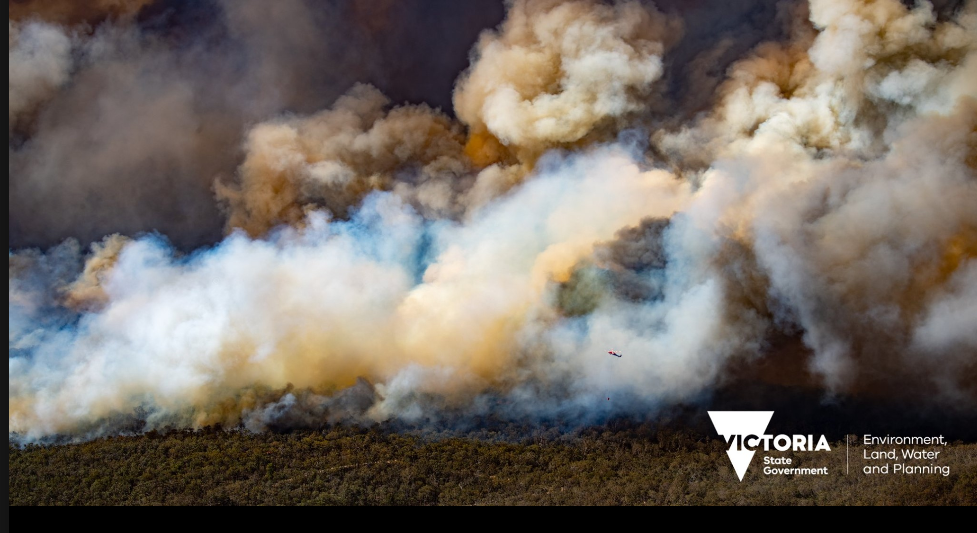 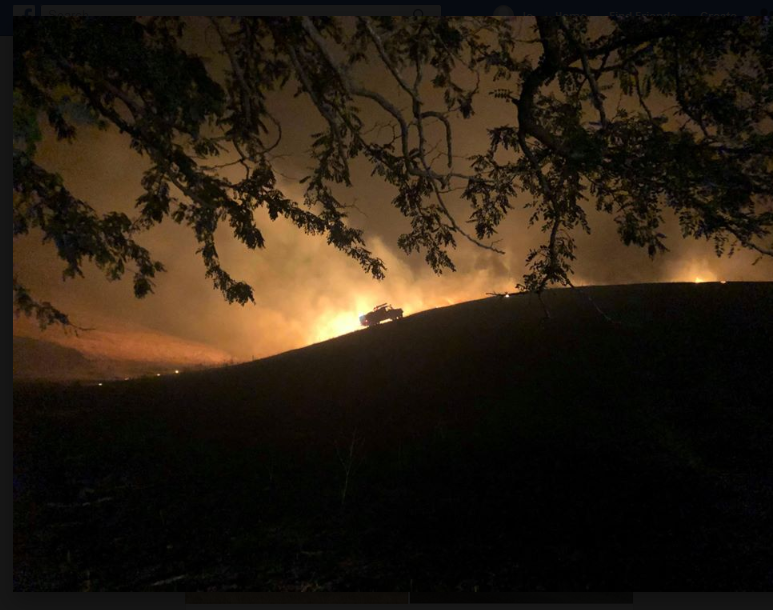 With any luck at all, animals will rise up and slaughter all of us humans before it's too late.
1 Reply
2
Reply Sun 12 Jan, 2020 10:46 am
@blatham,
The toll on animals of these bushfires is unimaginable

Not just death, but terrible suffering

In some cases, possible extinction
1 Reply