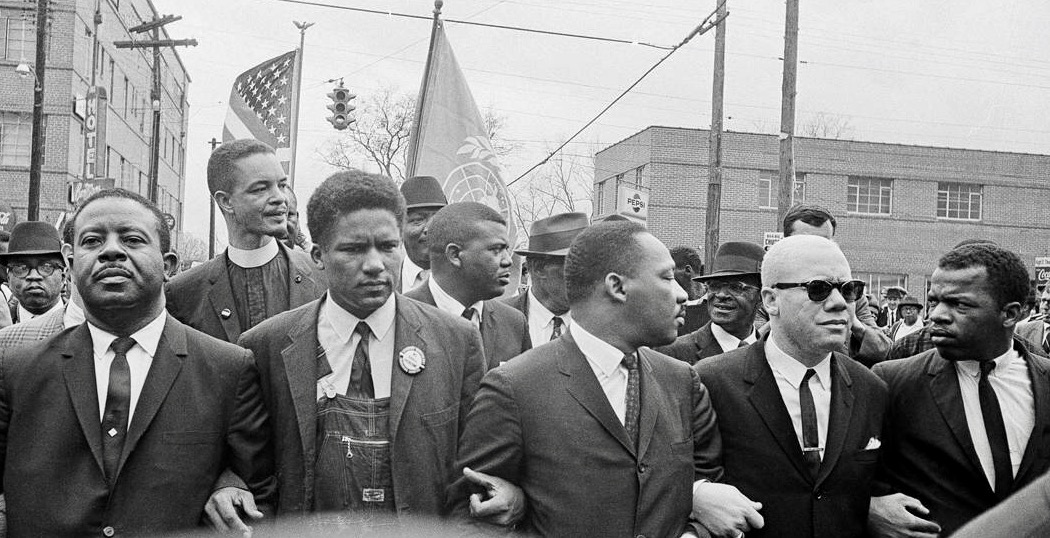 Of course you meant offense, only the dregs of society make the kind of statement you make.

The whinger will be on to the moderators now for calling him the dregs of humanity.

I said he was unpleasant and a sicko and the whinger got the moderators to remove it.
Sad that they did.
0 Replies
3
Reply Mon 30 Dec, 2019 11:05 am
@edgarblythe,
May he fight the good fight. if anybody can give cancer a run for its money it's this man.

As he said himself he's spent his whole life fighting something or other.

I hate cancer, even the very word.

"In an interview with CNN during the 40th anniversary of the Freedom Rides, Lewis recounted the sheer amount of violence he and the 12 other original Freedom Riders endured. In Anniston, Alabama, the bus was fire-bombed after Ku Klux Klan members deflated its tires, forcing it to come to a stop. Lewis, however, was not present on that particular day. In Birmingham, the Riders were mercilessly beaten, and in Montgomery, an angry mob met the bus, and Lewis was hit in the head with a wooden crate. "It was very violent. I thought I was going to die. I was left lying at the Greyhound bus station in Montgomery unconscious," said Lewis, remembering the incident.

The original intent of the Freedom Rides was to test the new law that banned segregation in public transportation. It also exposed the passivity of the government regarding violence against citizens of the country who were simply acting in accordance to the law.[10] The federal government had trusted the notoriously racist Alabama police to protect the Riders, but did nothing itself, except to have FBI agents take notes. The Kennedy Administration then called for a cooling-off period, a moratorium on Freedom Rides.[7] Lewis had been imprisoned for forty days in the Mississippi State Penitentiary in Sunflower County, Mississippi, after participating in a Freedom Riders activity in that state.[11]

In February 2009, forty-eight years after he had been bloodied by the Ku Klux Klan during civil rights marches, Lewis received an apology on national television from a white southerner, former Klansman Elwin Wilson."

May he fight the good fight. if anybody can give cancer a run for its money it's this man.

As he said himself he's spent his whole life fighting something or other.

I hate cancer, even the very word.


Ya done good.
0 Replies
3
Reply Mon 30 Dec, 2019 11:13 am
@neptuneblue,
Thanks. I had hoped there would be at least a few who cared about the man and movement he represents.
1 Reply
4
Reply Mon 30 Dec, 2019 11:24 am
@edgarblythe,
Maryland just lost Elijah Cummings, it makes me very sad to think about losing John Lewis as well. These men risked their lives and were severely beaten during the Civil Rights movement. I hope he makes a full recovery.
1 Reply
3
Reply Mon 30 Dec, 2019 11:30 am
@glitterbag,
It's possible to recover, but the odds are long. We need such people to help the younger generations understand what has been at stake all along. We can't afford to be losing so many.
1 Reply
2
Reply Wed 1 Jan, 2020 01:59 am
@edgarblythe,
Alex Trebek was also diagnosed with pancreatic cancer, I don't know nor do I care what his political views are....I just hope his days are pain-free and peaceful. Cancer is a terrible thing, I can't imagine how empty a person would have to be to think it's a good thing.
0 Replies