What are good resources for storytelling and comedy writing for animation and comics?

I want to showcase something online I will be happy with.


And that's the problem, you're unlikely to be truly happy with anything you do, most creative aren't.

It then becomes a recipe for inertia. Nothing you do is set in stone, it can always be revised/improved but for a lot of that you'll need feedback.
2 Replies
1
Sun 1 Sep, 2019 08:07 am
@JGoldman10,
He stole Nina Conti's act.

I don't think I can critique your voicework, or acting in general.

I do not want to showcase any sub-par or amateurish animations or comics or any type of art or writings in any format anywhere online.
0 Replies
1
Mon 2 Sep, 2019 04:31 am
@JGoldman10,
More or less, yes.

Also, about your comment about recognizing crappy art because you were an art student:
I have seen you calling professionally produced cartoons and comics as crappy. You called the artwork found in modern DC/Marvel comics as amateurish.
2 Replies
1
Mon 2 Sep, 2019 07:27 am
@Rebelofnj,
At lot of the recent toons I have seen on TV or have seen and/or read about online, especially some of the stuff I have seen on CN and on Disney IS crappy.

Some of the stuff Disney and WB produces for TV now looks like ugly, watered-down schlock.
0 Replies
1
Mon 2 Sep, 2019 07:33 am
@izzythepush,
Studios need to go back to making toons the way they used to- producing quality-looking stuff. Stuff with good production values. Not some crap that they pass off as animation because they used computers and 2-D animation software to help them.
2 Replies
1
Mon 2 Sep, 2019 08:25 am
@JGoldman10,
Is there any example of modern animation and comics that you hold in high regard?

And how do you feel about the modern writing?

For comics, it is very noticeable the changes between the writing styles in 70s/80s comics and post-2000s comics. Like the older comics rely on third person narration, while newer comics use first person narration.
0 Replies
1
Mon 2 Sep, 2019 09:48 am
@JGoldman10,
JGoldman10 wrote:

Back in the day it wasn't a one man outfit with different writers/animators. Just because someone can write a script doesn't mean they can animate and vice versa.

If the writing is good it will shine through, but no amount of high quality sfx can make up for a poor script.

Btw, I don't know if I agree with you. Look at Tom and Jerry, the recent stuff is very good and reminiscent of the Fred Quimby era, far superior to the Chuck Jones output of the 60s and 70s.
2 Replies
1
Mon 2 Sep, 2019 07:12 pm
@izzythepush,
Quality-level animation productions in the same vein of the older stuff but with Flash and other 2D animation software. Hand-drawn animation that looks like the older stuff but is digitally inked and painted.
0 Replies
1
Mon 2 Sep, 2019 07:27 pm
@Rebelofnj,
I wasn't just talking about toons and comics on TV.

I mentioned Ixapter, the guy I befriended on YouTube, who produces his own animations and comics and showcases them in videos, in another thread.

You said his art is amateurish or crudely-drawn.

I can draw better than that and I can produce better-looking animations and comics and other types of cartoon art.

Is there any example of modern animation and comics that you enjoy?

And how do you feel about the modern writing on current cartoons and comics?

And can you provide evidence that you can produced better-looking art than Ixapter and that it is on par with Disney/WB?
1 Reply
1
Mon 2 Sep, 2019 08:22 pm
@JGoldman10,
Quote:

Simply put, I don't want to create anything that looks like a 12-year old made it.

So nothing like this comic I found on Comixology, published August 2017: 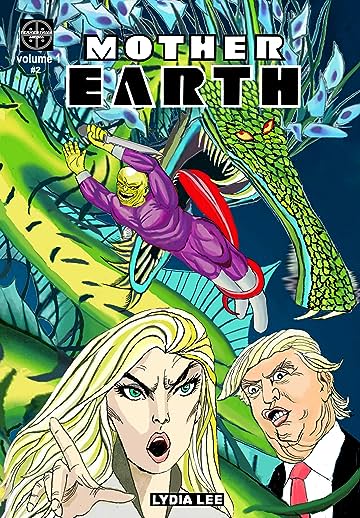 You didn't answer my questions:

Is there any example of modern animation and comics that you enjoy?

And how do you feel about the modern writing on current cartoons and comics?