Obviously science can be used for good or for ill.


It becomes increasingly obvious to me every day that it will be used mostly for ill.

This is not the fault of scientists, but rather, it is the result of the fact that many people can only enjoy life when others are suffering. Their instincts evolved in a time of scarcity, and their psychology is incompatible with everyone having everything they need.
1 Reply
2
Reply Sun 10 Jun, 2018 01:27 pm
@edgarblythe,
Yeah, he plays catch with you while simultaneously saying he can't be suckered into playing.
0 Replies
2
Reply Sun 10 Jun, 2018 01:45 pm
@Kolyo,
Quote:

It becomes increasingly obvious to me every day that it will be used mostly for ill.

Really? You are saying that on a digital computer, likely over wi-fi over a global internet. Do you realize how ironic that is?

You likely have had medical care involving radiology, been immunized and you have probably benefited from antibiotics. Your water is processed and safe. Your life expectancy had literally doubled from human beings 100 years ago.

You drive a car with electric ignition and airbags. You have access to jet airplanes. And I haven't even mentioned the robots on Mars.

Saying that science is "mostly for ill" is ridiculous... especially from someone on the internet.

Your water is processed and safe.


Many people drink dirtier water than they did 100 years ago, due to our destruction of their environments.

We had the resources to fix that ages ago. If we had really wanted to, we would have.

Many people drink dirtier water than they did 100 years ago.

It's all over the news how unsafe America's water is.


Sure. But, we are comparing it to 100 years ago. America 100 years ago had outbreaks of water borne diseases including cholera, dysentery, and typhoid. The child mortality rate was above 20% and the life expectancy was in the mid 40s.

When is the last time we have had a significant outbreak of cholera?

America 100 years ago had outbreaks of water borne diseases including cholera, dysentery, and typhoid. The child mortality rate was above 20% and the life expectancy was in the mid 40s.


I wasn't thinking about America. 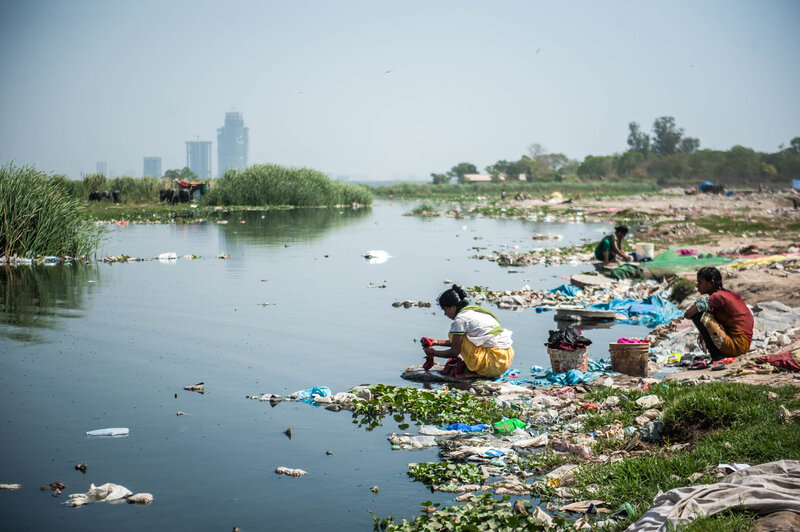 Someone who thinks the solution to the Herpes epidemic is "destigmatization" rather than finding a cure is anti-science.
0 Replies
1
Reply Sun 10 Jun, 2018 02:09 pm
@edgarblythe,
The issue here is your rejection of science.

We have obvious social problems, particularly in parts of the world that are plagued with war and poverty. But these problems existed 100, 200, 500 years ago. In any time in history, there were places that were experiences severe problems with disease famine and war. That doesn't excuse it, it is just saying that it has always been true. But, things are better now than they have ever been.

Weigh the good science has done against the bad and the good outweighs the bad exponentially.
1 Reply
2
Reply Sun 10 Jun, 2018 02:50 pm
I have never rejected science, as you charge, every time we disagree on something. Science is never the problem. It's the misapplication of science, either for monetary gain or misguided goals that cause more destruction than advancement. You are fortunately not the arbiter of what makes good science.
1 Reply
3
Reply Sun 10 Jun, 2018 03:19 pm
@edgarblythe,
1. There are arbiters of scientific fact. They are the scientific establishment and institutions. They are the people who have the educations and do the hard work to actually do science.

On many issues; GMOs, Colloidal Silver, you reject the science and choose your own ideological beliefs. If you find a reason to reject science whenever it finds something that contradicts your preexisting beliefs... then science has no meaning to you. If science can't change your mind when the facts indicate you are wrong, then why bother?

2. Application of science is social policy, not science. You aren't just rejecting social policy. You are rejecting scientific facts. If you want to ban GMOs, that is your opinion. Everyone has a right to their own opinions. If you make claims that GMOs are harmful to health or the environment, now you are making statements about science that can be shown to be false.

Topical silver (used on the skin) has some appropriate medical uses, such as in bandages and dressings to treat burns, skin wounds, or skin infections. It’s also in medicines to prevent conjunctivitis (an eye condition) in newborns. However, there are no legally marketed prescription or over-the-counter drugs containing colloidal silver that are taken by mouth.

The NCCIH (i.e. the scientific establishment... the part of the NIH that works with the science of alternative medicine) says

Silver has no known function or benefits in the body when taken by mouth.
Silver is not a nutritionally essential mineral or a useful dietary supplement.

If you make claims that GMOs are harmful to health or the environment, now you are making statements about science that can be shown to be false.

0 Replies
1
Reply Sun 10 Jun, 2018 03:48 pm
@maxdancona,
They never quit using silver. They just tried to keep people from using colloidal, because it is so cheap. Up until they tried to restrict it it was prescribed by lots of doctors. One thing to consider: the people who make modern medications cause the deaths of thousands of people per year, these 'scientists.' Colloidal silver never kills anybody.
1 Reply

Do Not Buy List - Discussion by edgarblythe
Bayer reaches deal with U.S. for approval to buy Monsanto: WSJ - Discussion by edgarblythe
Can you name some companies that you genuinely hate? - Question by Banana Breath
GMOs, Monsanto, the future of food, and deGrasse Tyson - Question by Lash
Copyright © 2022 MadLab, LLC :: Terms of Service :: Privacy Policy :: Page generated in 0.03 seconds on 05/25/2022 at 05:13:34
▲ ▼