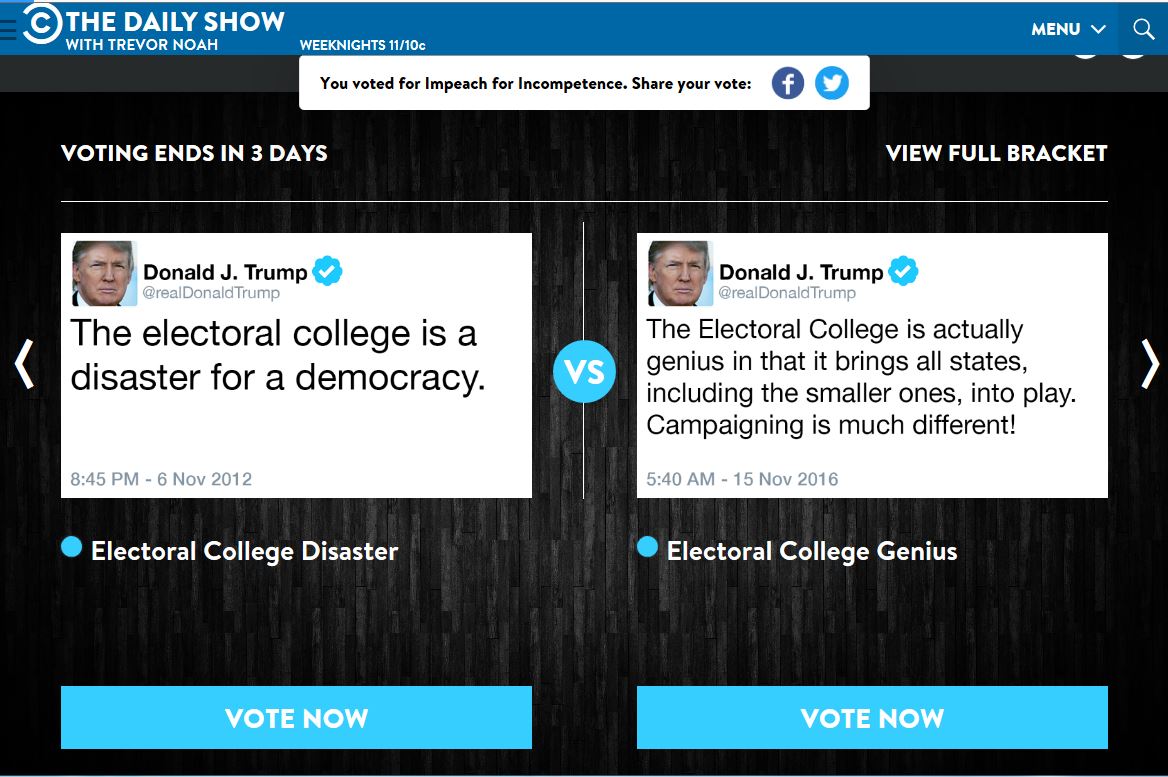 McDonald's seemed to challenge President Donald Trump to a Twitter war on Thursday morning before quickly walking it back, saying its account had been "compromised."

“@realDonaldTrump You are actually a disgusting excuse of a President and we would love to have @BarackObama back, also you have tiny hands,” the McDonald’s Twitter account posted at 9:16 a.m.

The missive was retweeted more than 1,000 times before it was deleted some minutes later, and a bit before 10:30 a.m., McDonald's followed up and tweeted that it was "investigating" the incident.

0 Replies
0
Reply Thu 16 Mar, 2017 07:19 pm
McDonald's Head Office has now admitted that it was all the McDonald managers worldwide who collectively tweeted this but they also state that this is simply an alternate fact so there really is no one to blame.
0 Replies
2
Reply Thu 30 Mar, 2017 06:28 am
@tsarstepan,
We're down to the Flagrant Four! 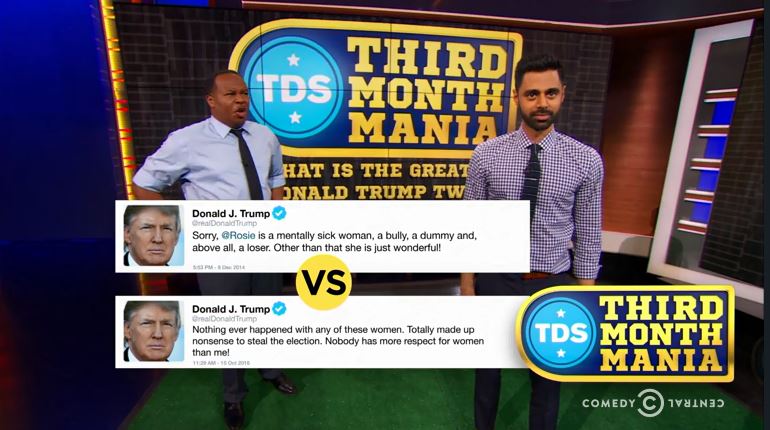 1 Reply
2
Reply Thu 30 Mar, 2017 06:31 am
@tsarstepan,
To be fair though, does anyone have proof that Rosie is a woman?
1 Reply
2
Reply Thu 30 Mar, 2017 07:33 am
@McGentrix,
Irrelevant as to the point Trump assumes she is.
0 Replies
5
Reply Thu 30 Mar, 2017 08:12 am
@tsarstepan,
It's amazing to me that despite Trump's inconsistencies and outright lies, despite his absolute lack of knowledge of our Constitution, despite his petty, vindictive personal attacks on US citizens, despite his outrageous promises and his failure to deliver.... his supporters still love him. It baffles and sickens me.
3 Replies
2
Reply Thu 30 Mar, 2017 08:36 am
@TomTomBinks,
In the minds of his voters, Trump is a "knife" to hit the other side, the "enemy".
Us vs them stupidity rules the process. Reason is obsolete.
0 Replies
0
Reply Thu 30 Mar, 2017 09:53 am
@TomTomBinks,
Think back to Obama and his sycophants? I felt the same way.
1 Reply
4
Reply Sat 1 Apr, 2017 08:26 pm
@McGentrix,
I'm no great fan of Obama, but honestly did you ever hear him spout the kind of stupidity that comes out of Trump's mouth on a daily basis? Have you ever heard Obama personally attack a US citizen? Or anyone else for that matter. Was he a petty and petulant child? No, he was a well spoken and thoughtful gentleman. He had great knowledge of our Constitution and our government, as well as a genuine love of the USA.
1 Reply
0
Reply Sat 1 Apr, 2017 08:56 pm
@TomTomBinks,
I think you hear people's opinions about what Trump says and not really what he's saying. Tweets are not what he's saying, that's what he is tweeting.

The problem is two fold. One, you guys don't like his agenda. I love his agenda, it's what I want him to do and why I voted for him. You disagree with him and disagree with what he says and does. So, anything that he does and says will be taken as negative.

Secondly, you look at his tweets and see a "petty, petulant child". I see him talking to the people that voted for him. Yanking your chains and talking the language that those people will understand. Think about it, he tweets and the liberal media jumps at his beck and call.

Do you really think that when he is not in public that he talks like that? How could he have been able to become what he is being a "petty, petulant child"? Luck? His 'daddies million dollar loan' 50 years ago?
2 Replies
1
Reply Sat 1 Apr, 2017 08:59 pm
@TomTomBinks,
This will be studied for years, if there are any universities left for any of us to get to go to.

This will be studied for years, if there are any universities left for any of us to get to go to.

I got to go to one, pre reagan, without tuition.

It can take a hell of a lot to get into a good one, and it was easier back in my time, pre Reagan and the tuition,

Tweets are not what he's saying, that's what he is tweeting.

Not sure of the distinction. Is there one?


Sure there is. Much giving a speech is not the same as speaking unprepared.

Who is "you guys"? I'm not a Democrat. But I'm not a fool either. A border wall? Really? Why spend billions on something as ridiculous as a wall? If we want to stop illegal immigration we have only to enforce the laws that already exist. Punish those that employ illegals and soon there won't be any jobs for them to do. Without available jobs they'll stop coming. Simple. Other countries don't have illegal immigration on this scale simply because they have similar laws. Withdraw from the UN and international trade agreements? That's backwards and will prove a disaster for our economy. Ban people from certain countries so we can re-evaluate our vetting? Why the ban? why can't we re-revaluate our vetting process without a ban? What's wrong with it in the first place? Nothing, that's what. He's pandering to the uneducated bigoted xenophobes. Are you one of those? You're all for his agenda because you haven't yet felt it's effects. I don't think you'll be so happy with it after a couple of years.
1 Reply
0
Reply Sat 1 Apr, 2017 10:45 pm
@TomTomBinks,
Self contradictions? There's a lot of things that Trump does that bothers me. There's a lot more that he does that doesn't.

I am pretty sure that there are more people making petty attacks on the President in the media than he will ever be able to make. Look at all of them here! No real commentary about policy or actual decisions being made, just bitter losers throwing **** at the wall.
1 Reply