And yes, pornography is in the pulpit, too. Christianity Today found that 37 percent of pastors admit that they struggle with Internet pornography, and 51 percent say it’s a source of temptation. And more than half the pastors surveyed (57 percent) said that addiction to pornography is the most sexually damaging issue in their church.

It breaks apart marriages – 56 percent of divorces involve one party having an obsessive interest in “pornographic websites,” according to the American Academy of Matrimonial Lawyers. And pornography breaks up churches."
http://www.christianpost.com/news/pornography-in-the-pew-a-hidden-sin-part-one-59666/

...Isn't the pornography that breaks up marriages, but people's intolerance of something positive like watching people having fun together. God made sex fun as well as physically pleasant. If He didn't want you to enjoy it, why give us orgasms and climaxes? If it's just to make babies, can do that sans orgasms too. Probably be making less though if it isn't fun, or you attach a lot of negative rhetoric onto it. Whereas when things are fun and accepted, people do them more.
Type: Question • Score: 5 • Views: 2,953 • Replies: 14
Topic Closed
No top replies
-3
Sat 15 Aug, 2015 07:57 am
'NSFW' label is the height of ironic supidity. Neither link has imagery, first is an academic site, latter religious. But that's NSFW?

And pornography breaks up churches."

a frenzied masturbator who's hopelessly out of date.


When guys in my office have a day's leave we speculate about what they will use it for. I inadvertently caused great merriment by suggesting that one fellow was going to christen a copy of Knave magazine. 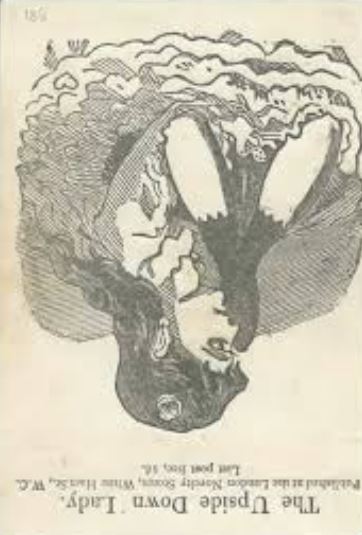 And pornography breaks up churches."

The likes of exclusive cult or exclusive religion, are in their opinion all going go to heaven and watch to from there in eternal happiness, while the huge majority of us or some 99.99999% of the rest of humanity are sent to burn in hell, day and night, forever and forever. And to make this even more ridiculous, what about all the humans that have lived since civilization began, estimated by some as many as 60 billion souls?

I mention below a few of the absurdities that I have observed over the years.

The Catholics believe in the infallibility of the Pope. It is impossible to ascribe infallibility to the leader of the Catholic Church, when you look back on the monumental mistakes made this religion over the years, all with the blessing of the same infallible Pope. Infallibility means never having to say sorry!

Muslims on the other hand seem to think that the murder of innocents can justified by objectives of their religion. Those that execute these crimes are little worse than those Muslims who commit no such crimes, yet stay silent! They all stand condemned by their religion.

This is different only in degree to the Catholic and Anglican leaders who knowingly hid paedophiles in the church leadership. Yet these same religions condemn gay people who commit no crime and even if by some stretch of the imagination, you decide that this is a crime, and then it is, at the very worst, a victimless crime.

How much worse is it to condone the abuse of a child, by a person placed in a position of absolute trust? If you can’t trust a man of "God"?, then who can you trust?

The Israelis and Hezbollah kill innocent people and both of them do this in the name of God. Surely they can see that the God to which they both ascribe infinite benevolence, would not countenance the murder of innocents or otherwise.

Buddhist’s are not involved in wars, abuse and don’t enforce their teachings on others. Buddhists believe that you should kill no living creature and this is an admirable philosophy. Yet they eat meat. Their reasoning behind this is that the person eating the meat does not kill the animal.

Lest I stand condemned by those that follow me for these views, let me add that I despise religion, not God or the people that worship God through these religions. For these people I have only compassion, for all people need meaning in their lives and need structure and tradition against which they can measure their worth. To the extent that religion serves these ends, it is good. To the extent that it serves the ends of its leaders and founders, then it is not good.

If there is a God, these leaders of the church will face him, as will I, to justify the deceit and the wrongdoings committed in his name during our lifetimes. I expect however to face a benevolent God, who will see my misdeeds in the context of my life and my ability to comprehend and interpret, as will he those billions of people less fortunate than me. He will disregard the religion they pursued, evaluating only their life and deeds.

It is my opinion that we are put into this mortal life, which is a school, in which we are meant to learn from the events during life, and to evolve into higher dimensions of reality, after we pass over, or descend, if we choose to do wrong and depravity.

Somehow we must all account to a higher power, for our actions or lack of actions during our very brief moment on planet earth, in the vastness infinite eternity. We must remember that energy cannot be created or destroyed only changed and in my opinion it is just a change in energy form that we undergo after we die.

To illustrate my disillusion with exclusive religion, a case in point was Jimmy Swagggard, a hell and brimstone evangelist, who screamed and shouted from the pulpit against all sins, especially sexual sins and depravity, he was caught red handed at a brothel trying to secure the favours of a prostitute for the night.

However, this sad story did not end there, a week or so after his desperate plea for forgiveness, a police officer pulled over a car for a suspected traffic violation, who do you suppose he found inside the car? No less than Jimmy Swagggard and a prostitute in both in a very in indecent and compromising situation.

Jimmy got off with a warning from the law, but this hypocrite did not learn from his mistakes or from the very words he had preached and screamed about for over 30 years. Twice this hypocrite was caught doing the same act of depravity resulting finally in most of his congregation, not forgiving him and leaving his church, extremely disillusioned like I was.

However, unbelievably, some of his congregation overlooked all his discretion and remained his followers. This was a person who I had admired as a man of God, who preached ethics and morality and now I found out he was nothing but a secret sexual pervert. After that I could never listen, his preaching or to his music and felt his Christian calling was removed from him by God. Off course he was/is not the only hypocrite preacher out there Many of them are puffed up with pride at their supposed

Below is a comment I received from an ex. Pastor About religion

Yes, Alan McDougall that is right, and you know, I was so liberated and truly free once the lord woke me up to the brainwashing lies of the ministry. I was in the ministry for 17 yrs. and followed what I was brainwashed to follow .how do they even get away with this is beyond me. "whatever a man sews, so shall he reaps" and God will not be mocked, is a dead giveaway that god does not have a eternal torture chamber to abort his children in, that were taught wrong, dressed wrong, talked wrong, or got brainwashed by the wrong preacher.

In addition, the fact, if you reap what you sew, then why would he punish you again? Does a non-Christian who lives a fairly modest and good life not sew what he reaps is he not punished by God the righteous judge in a in a fair way in, accordance with the severity of his sins. Are his sins infinite like eternal damnation? That would be double jeopardy. {2 punishments for one crime}.I have been screaming like a bungee for folks to wake up!

Comments please!
1 Reply
1
Mon 12 Jun, 2017 10:36 pm
@Alan McDougall,
Alan, you seem conflicted, even confused. You say you hate religion but you speak of eternal damnation. It is organized religion that invented "sin" and organized religion which poses as your salvation. Break free from your brainwashing and see the light of science and logic.
Consider this: If God created Man, then he created him with all his strengths and weaknesses, all his faults and instincts and desires and appetites and lusts and fears. So why would he punish man for displaying the very nature he was created with? What is this weeding out process all about? What is he after? He is omniscient. So he knows how many and who will "pass" the test. Why bother with it at all? Is it an exercise in cruelty to watch his faithful struggle with temptation and fail and go to Hell? Sex for pleasure is a sin, in any form. So why did God make sex feel so good and why did he give us such a strong sex drive? Isn't that ridiculous? He will reward those who can resist their nature. Those who essentially resist his intentions. Do you see the illogic of it all?
I suggest to you that man created the concept of god as an explanation of the mysteries around him and ultimately as a psychological tool to control other men. It's time we put thought before fear and recognized god as a relic of our primitive past.
1 Reply
0
Tue 13 Jun, 2017 04:11 pm
@TomTomBinks,
Well said, TTB, and I think you have only just touched on the incredible hypocrisy found within religion.
1 Reply
1
Tue 13 Jun, 2017 09:44 pm
@camlok,
Thanks Cam. My own personal growth is tied to my religious background and my ultimate rejection of it. I'm not quite done yet.
0 Replies

How can we be sure that all religions are wrong? - Discussion by reasoning logic
What if no religions are correct, but there still is a God? - Question by neologist
We are all like little children who often say: "Mom, Dad, leave me alone, I want to be on my own". - Question by Leaffan
Beyond tribalism; How well does your religious label serve you? - Discussion by MattDavis
Is religion responsible for the opposition to peace in the Israel-Palestine conflict? - Question by maxdancona
Concern for Religious Freedom or Preaching Political Messages? - Discussion by wandeljw
Why believe in god? The theist perspective. - Discussion by msolga
Why People Seek Solace In Gods. - Question by mark noble
Catholic remarried couples should abstain from sex - Question by Tes yeux noirs
How can a good God allow suffering - Question by SawyerMentink
Religion and Fear - Discussion by TomTomBinks
Copyright © 2022 MadLab, LLC :: Terms of Service :: Privacy Policy :: Page generated in 0.04 seconds on 05/18/2022 at 07:05:03
▲ ▼