What you think of this "odd" notice in restaurant bathroom?

Forums: Poop, Restaurant, Bathroom, Sign
Email this Topic • Print this Page
Reply Mon 20 Jul, 2015 10:28 am
This weekend I went to my favorite small sushi place. I went to use the restroom and I was disturbed at this odd notice in the restaurant bathroom.

There was what you would consider a normal notice on white paper laminated saying to please only flush toilet paper and then along side the notice was this picture: 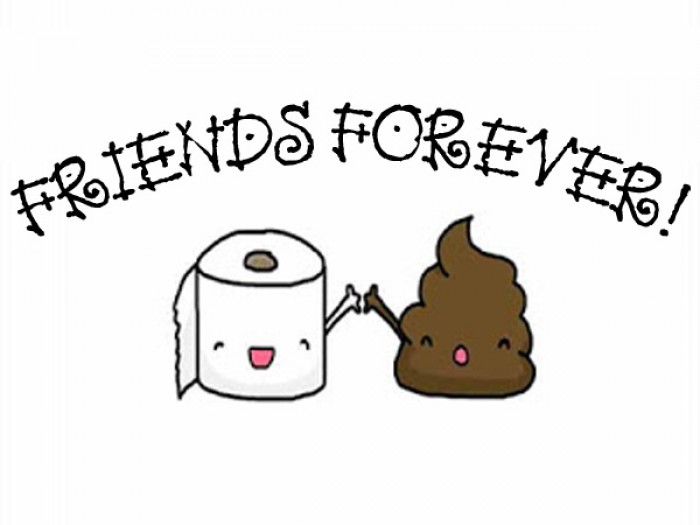 Until this one particular company moved into the building where I worked, I had no idea that it was obviously not an occassional mistake to leave all sorts of horrid things unflushed. There is a sub species of human who think it's someone elses job to flush their ****.

I get it that the picture doesn't directly say that, but anything to make these cretins aware of the load they are leaving behind is fine with me.
0 Replies
2
Reply Mon 20 Jul, 2015 10:51 am
@Linkat,
Linkat wrote:

Yeah funny - but disturbing in a restaurant. I don't want poop jokes in place in which the main focus is food.


I don't want to go into a restaurant and find someone's poop joke sitting in the commode. That would make me lose my focus on the food faster than the sign.

It is up there with the sign that reminds employees to wash their hands before returning to work. Scary that you would hire a restaurant employee and need to remind them of this.
3 Replies
1
Reply Mon 20 Jul, 2015 11:04 am
@Linkat,
Those employee hand-washing signs are municipally-mandated here.
1 Reply
Below viewing threshold (view)
-6
Reply Mon 20 Jul, 2015 11:05 am
@Linkat,

I guess I would not think people would need such a reminder.

It is up there with the sign that reminds employees to wash their hands before returning to work. Scary that you would hire a restaurant employee and need to remind them of this.


Oh God Linkat, you'd be amazed at what people have to be reminded to do.

For well over 3 years, 2 emergency room visits and at least 10 doctors visits I had to medically deal with the results of restaurant employees who didn't think this applied to them.

It was the worst pain imaginable.
1 Reply
2
Reply Mon 20 Jul, 2015 11:28 am
@Linkat,
The general breakdown of decency in the public sector seems to be here. They claim it's in the name of honesty or reality...but I find it ultimate in tastelessness. Civilization as we know it seems to be going down a slippery slope.

Here's just one example of an acceptable (by whom) commonly run commercial for toilet paper:

0 Replies
0
Reply Mon 20 Jul, 2015 02:26 pm
@Linkat,
I enlarged the images...was that from that Seinfeld episode where the father didn't wash his hands before making the pizza?

I can compare almost everything I experience in my life to a Seinfeld episode.

State kidnapping over home-schooling... - Discussion by gungasnake
DEVIANT WORDS AND THOUGHTS WILL NOT BE TOLORATED HERE! - Discussion by hawkeye10
Why Is The World's Largest Foundation Buying Fake Poop? - Discussion by BumbleBeeBoogie
Scientists track penguin poop from space - Discussion by edgarblythe
How Poop Works: A Tour Of The Factory - Discussion by Chumly
Copyright © 2021 MadLab, LLC :: Terms of Service :: Privacy Policy :: Page generated in 0.03 seconds on 11/29/2021 at 03:41:00
▲ ▼