I can has cheezburger?

Forums: Internet, Health, Medical, Memes, Cheezburger
Email this Topic • Print this Page
Reply Thu 6 Mar, 2014 01:08 am
Well, it is ungrammatical. But does the author delibrately used this ungrammatical form to sound like a hick/red neck/uncultured so as to make an impression of hospitality?

I can has cheezburger? Protein cancer risk overblown
18:54 04 March 2014 by Catherine de Lange
For similar stories, visit the Food and Drink and Cancer Topic Guides
Are you middle-aged and partial to cheeseburgers? If so, you may be concerned by a study suggesting you have a much greater risk of dying from cancer than your peers who favour a less protein-rich diet. But not all researchers agree with the study's findings.

Morgan Levine at the University of Southern California in Los Angeles and her colleagues analysed a dietary survey of more than 6300 people in the US aged over 50. Those aged 50-65 at the time of the survey and who had a high-protein diet – one where protein supplied a fifth of calories – were 75 per cent more likely to have died over the next 18 years than peers who only got 10 per cent of their calories from protein.
MOre:
http://www.newscientist.com/article/dn25158-i-can-has-cheezburger-protein-cancer-risk-overblown.html
Type: Question • Score: 5 • Views: 1,711 • Replies: 5
View best answer, chosen by oristarA

2
Reply Thu 6 Mar, 2014 03:05 am
It's an internet meme. People will post cute pictures of cats saying ungrammatical things such as "i can has cheeseburger," and everyone is expected to say: "Aw, isn't that cute?" To English-speakers, at least, who are familiar with the internet, it would get a smile and a nod.
0 Replies
3
Reply Thu 6 Mar, 2014 03:15 am 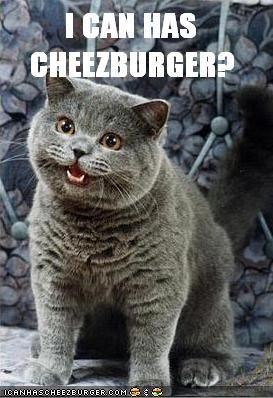 The entire "cute cats" on the internet thing has become a sort of meta-meme. A common joke about the internet these days is that people will spend lots of money to get the latest technology and pay a hefty fee for internet service . . . just so they can go look at pictures of cats.
0 Replies
2
Reply Thu 6 Mar, 2014 03:59 am 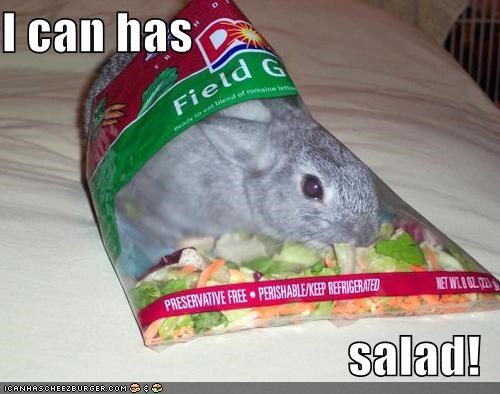