Bride abduction is a problem in Ethiopia that cuts across religions. Ethnic Christians do kidnap girls for brides, in fact some of them use the Bible to justify the practice (see Judges 21:19 for example).

About two thirds of the people in Ethiopia are ethnic Christians (although most of the lions happen to be Muslims).

The article didn't have to say muslims were involved, that's obvious, Christians and Jews don't do **** like that. This isn't exactly the same thing as God interfering with physical reality directly but he did create lions and what you see here is a vestige of the antediluvian peace in which higher creatures did care for and take care of each other.

This picture is also a riot considering the story allegedly took place in Ethiopia.

1 Reply
-2
Reply Fri 27 Dec, 2013 09:05 pm
@maxdancona,
Another story about the Lord rescuing innocents from people who behave like a demoKKKrat voting block:

Lord Byron informs us that:

The Assyrian came down like the wolf on the fold,
And his cohorts were gleaming in purple and gold;
And the sheen of their spears was like stars on the sea,
When the blue wave rolls nightly on deep Galilee.

For the Angel of Death spread his wings on the blast,
And breathed in the face of the foe as he passed;
And the eyes of the sleepers waxed deadly and chill,
And their hearts but once heaved, and for ever grew still!

And there lay the steed with his nostril all wide,
But through it there rolled not the breath of his pride;
And the foam of his gasping lay white on the turf,
And cold as the spray of the rock-beating surf.

And there lay the rider distorted and pale,
With the dew on his brow, and the rust on his mail:
And the tents were all silent, the banners alone,
The lances unlifted, the trumpet unblown.

And the widows of Ashur are loud in their wail,
And the idols are broke in the temple of Baal;
And the might of the Gentile, unsmote by the sword,
Hath melted like snow in the glance of the Lord!

You have never heard of David Koresh?

David Koresh never just hauled some total stranger off with six henchmen and simply beat her into submission to some sort of a faux marriage.
1 Reply
1
Reply Fri 27 Dec, 2013 09:31 pm
@gungasnake,
gungasnake wrote:

You have never heard of David Koresh?

David Koresh never just hauled some total stranger off with six henchmen and simply beat her into submission to some sort of a faux marriage.

For sins as small as spilling milk, the children said, they were struck with a wooden paddle known as "the helper." To train for the final battle, they were instructed to fight each other, and if they did not fight hard enough, they were paddled for that, too.

David Koresh told them to call their parents "dogs"; only he was to be referred to as their father. Girls as young as 11 were given a plastic Star of David, signifying that they had "the light" and were ready to have sex with the cult leader. A team of therapists said these were some of the things that 19 of the 21 surviving children of the Branch Davidian cult had told them about their lives inside the compound.

Then again, God appears to be able to use lions at odd points in time. Consider the assholes who tried to force King Darius to have Daniel killed, actually, sort of like GLAAD trying to get Phil Robertson shitcanned:

...
DAN 6:5 Then said these men, We shall not find any occasion against this Daniel, except we find it against him concerning the law of his God.

DAN 6:6 Then these presidents and princes assembled together to the king, and said thus unto him, King Darius, live for ever.

DAN 6:7 All the presidents of the kingdom, the governors, and the princes, the counsellors, and the captains, have consulted together to establish a royal statute, and to make a firm decree, that whosoever shall ask a petition of any God or man for thirty days, save of thee, O king, he shall be cast into the den of lions.

DAN 6:8 Now, O king, establish the decree, and sign the writing, that it be not changed, according to the law of the Medes and Persians, which altereth not.

DAN 6:9 Wherefore king Darius signed the writing and the decree.

DAN 6:10 Now when Daniel knew that the writing was signed, he went into his house; and his windows being open in his chamber toward Jerusalem, he kneeled upon his knees three times a day, and prayed, and gave thanks before his God, as he did aforetime.

DAN 6:11 Then these men assembled, and found Daniel praying and making supplication before his God.

DAN 6:12 Then they came near, and spake before the king concerning the king's decree; Hast thou not signed a decree, that every man that shall ask a petition of any God or man within thirty days, save of thee, O king, shall be cast into the den of lions? The king answered and said, The thing is true, according to the law of the Medes and Persians, which altereth not.

DAN 6:13 Then answered they and said before the king, That Daniel, which is of the children of the captivity of Judah, regardeth not thee, O king, nor the decree that thou hast signed, but maketh his petition three times a day.

DAN 6:14 Then the king, when he heard these words, was sore displeased with himself, and set his heart on Daniel to deliver him: and he laboured till the going down of the sun to deliver him.

DAN 6:15 Then these men assembled unto the king, and said unto the king, Know, O king, that the law of the Medes and Persians is, That no decree nor statute which the king establisheth may be changed.


DAN 6:16 Then the king commanded, and they brought Daniel, and cast him into the den of lions. Now the king spake and said unto Daniel, Thy God whom thou servest continually, he will deliver thee.

DAN 6:17 And a stone was brought, and laid upon the mouth of the den; and the king sealed it with his own signet, and with the signet of his lords; that the purpose might not be changed concerning Daniel.

DAN 6:18 Then the king went to his palace, and passed the night fasting: neither were instruments of musick brought before him: and his sleep went from him.


DAN 6:19 Then the king arose very early in the morning, and went in haste unto the den of lions.

DAN 6:20 And when he came to the den, he cried with a lamentable voice unto Daniel: and the king spake and said to Daniel, O Daniel, servant of the living God, is thy God, whom thou servest continually, able to deliver thee from the lions?

DAN 6:22 My God hath sent his angel, and hath shut the lions' mouths, that they have not hurt me: forasmuch as before him innocency was found in me; and also before thee, O king, have I done no hurt.

DAN 6:23 Then was the king exceedingly glad for him, and commanded that they should take Daniel up out of the den. So Daniel was taken up out of the den, and no manner of hurt was found upon him, because he believed in his God.

DAN 6:24 And the king commanded, and they brought those men which had accused Daniel, and they cast them into the den of lions, them, their children, and their wives; and the lions had the mastery of them, and brake all their bones in pieces or ever they came at the bottom of the den.


0 Replies
0
Reply Sun 29 Dec, 2013 01:29 pm
@gungasnake,
Event apparently took place in June of 05 but is still being passed around on the internet and in email, sort of a modern day miracle. The article notes:

He said police had caught four of the abductors and three were still at large.

Or possibly killed and either buried or eaten by the lions, one can always hope... 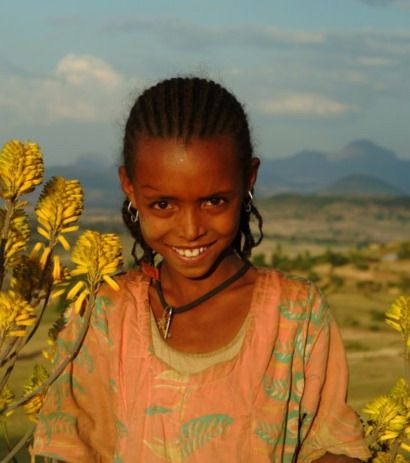 Genesis notes that there was no eating of meat between the times of Adam and Noah but that, after the flood, humans received permission to eat meat and the antediluvian peace ended.

Nonetheless, somehow or other and three or four millenia after the antediluvian peace ended, these three lions heeded the ancient obligation to protect helpless humans from predation. I'd view it as a safe bet that they will be rewarded for this in the future life. Every human child they come across will know of this deed and will pet them, scratch them behind the ears, sing for them, and bring them fish and other pleasing things to eat.
1 Reply
0
Reply Sun 29 Dec, 2013 09:58 pm
@gungasnake,
Quote:

Every human child they come across will know of this deed and will pet them, scratch them behind the ears, sing for them, and bring them fish and other pleasing things to eat.

I am not sure if you are clear on what a "lion" is.

What a beautiful girl!! I'll bet she's happy married now with children of her own, thanks to the three noble lions who rescued her.
0 Replies

How can we be sure that all religions are wrong? - Discussion by reasoning logic
What if no religions are correct, but there still is a God? - Question by neologist
We are all like little children who often say: "Mom, Dad, leave me alone, I want to be on my own". - Question by Leaffan
Beyond tribalism; How well does your religious label serve you? - Discussion by MattDavis
Is religion responsible for the opposition to peace in the Israel-Palestine conflict? - Question by maxdancona
Concern for Religious Freedom or Preaching Political Messages? - Discussion by wandeljw
Are atheists being more illogical than agnostics? - Discussion by igm
Why believe in god? The theist perspective. - Discussion by msolga
Why People Seek Solace In Gods. - Question by mark noble
Catholic remarried couples should abstain from sex - Question by Tes yeux noirs
How can a good God allow suffering - Question by SawyerMentink
Copyright © 2022 MadLab, LLC :: Terms of Service :: Privacy Policy :: Page generated in 0.04 seconds on 01/17/2022 at 11:43:53
▲ ▼