Forums: Science And Math, Animals
Email this Topic • Print this Page
Reply Tue 30 Mar, 2004 08:25 pm
I would like this thread to be about weird animals and animal traits.

For starters: The squid has a shell in it's head that it uses for buoyancy. It looks kind of like a spiral.

Also, Starfish can regenerate within a month or so (even into two different starfish) as long as there is part of the central disc.
[note - this makes them more vulnerable to disease and predation so don't do it trying to "save" the starfish.]
Type: Discussion • Score: 2 • Views: 73,538 • Replies: 60
No top replies
1
Reply Tue 30 Mar, 2004 08:54 pm
Roseate Spoonbill-

Often, people confuse this bird with a flamingo. I have seen these birds numerous times in the wild, and they are gorgeous!
0 Replies
1
Reply Tue 30 Mar, 2004 10:47 pm
Great thread, Portal Star. It should be fun.

Beautiful picture of a spoonbill, Phoenix.

You're going to love what I've got, if you like being grossed out.

The land planarian—Bipalium kewense—is worm-sized, introduced from New Zealand and Southeast Asia, and is now firmly entrenched in many states. Phoenix, I'm sure you'll be glad to know that they're most likely in your garden if you've got one, since I believe you live in Florida. I've seen them in Dallas. Because of its musculature, like the earthworm, it may appear alternatively long and thin or short and stout as in the picture.

Land planarians are predatory on earthworms. The really weird part is that their mouth is in the middle of their body, and it also serves as its anus. The land planarian has a great potential to be extremely destructive to soil ecology because of its predatory nature on earthworms and the latter's important role in soil ecology.

Photo link is same as above photo in case it's deleted:
http://creatures.ifas.ufl.edu/misc/land_planarians_photo1.htm

The Naked Mole Rat colony is a weird one. "Like ants, termites and some bees and wasps, these mammals are considered "eusocial" because they live in large colonies with a single reproductive female, or queen, producing all the young. All other colony members labor in maintenance or defense activities. Naked mole-rats are the most extreme case of eusociality in mammals.

-- QUEEN FOR LIFE. Once a female naked mole-rat wins the weeks-long battle to become her colony's queen, her body becomes one-third longer to accommodate large litters of pups -- in one documented case 900 in a lifetime, including 27 in one super litter. No other known mammal increases in length after reaching adulthood."

they can run backwards at equal speeds as forwards. source

"The queen also seems to use prolonged nose-to-nose shoving to prevent other naked mole-rats from breeding. Researchers Chris Faulkes of Queen Mary & Westfield College, London, and Frank Clarke of the University of Aberdeen discovered that the queen gets particularly pushy when she is close to breeding or when she senses that a non-breeder is about to become reproductively active. The researchers speculate that shoving may cause stress and inhibit hormone release, which in turn prevents ovulation in females and leads to lower testosterone and sperm count in males. Whatever the mechanism, the vast majority of naked mole-rats are doomed to a life of celibacy" 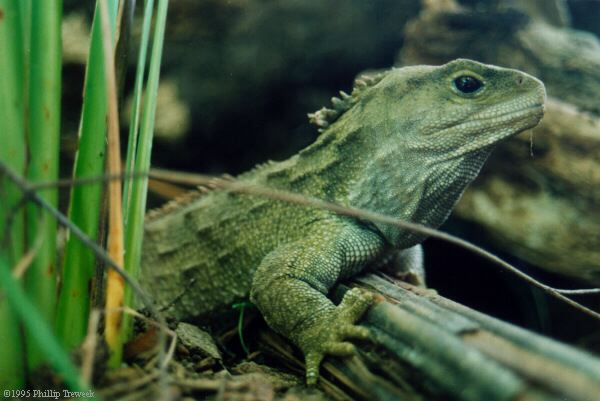 The dog is bald, except for long white hair on his face, paws and tail. According to the owner, the dog was bred to hunt rats. When the rat attempts to bite the dog's face, he grabs a handful of hair.

It's a medium-sized lizard up to three feet. The frill is extended to frighten predators and as a display to other males.

I worked at a zoo that had a frilled lizard. When I walked in the display to feed it, it would initially rear up on its hind legs, open its mouth, and display its frill, but it soon calmed down when presented with food. I fed it chopped-up mice and crickets.

This is a small insect—1/4 inch—related to aphids. It feeds on an excess of sap and excretes the residue in small drops. If you look at it with a magnifying glass or loupe, you'll see what looks like a tiny gun barrel sticking out its rear end. Every few seconds a tiny drop is shot out the barrel thus the name, sharpshooter.
0 Replies
1
Reply Sat 3 Apr, 2004 08:47 pm 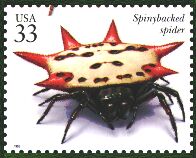 Gasteracantha cancriformis--The translation would be something like "abdomen-thorned crablike spider.

This spider is found in the South and is extremely common in certain habitats in Florida, so common that you'll likely run into it literally. It's an orb weaver, building verticle webs, and gets to be about 1 centimeter. I've seen many of these in state parks in Florida.
0 Replies
1
Reply Sat 3 Apr, 2004 09:12 pm 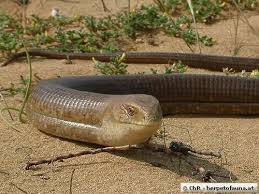 Bottom photo: Eastern glass lizard--Ophisaurus ventralis. This legless lizard is common in florida and parts of the South. It's gets to about 1 1/2 feet and as big around as your finger. The temperament is like the European legless lizard. Should you find one, be careful about picking it up, as the tail—which is over half the overall length—breaks off easily, and you will be left with a bloody wriggling tail in your hand while the stumpy bleeding lizard crawls off. Thus the name, glass lizard.
0 Replies
1
Reply Mon 5 Apr, 2004 10:10 am 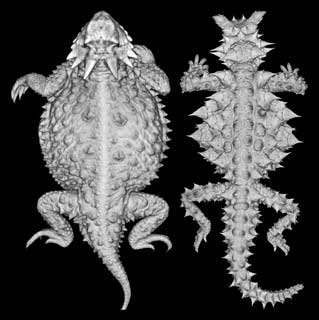 Horned toads and molochs are classic examples of convergent evolution. They are from two different families and thus only distantly related; however, they have both evolved remarkably similar forms and behaviors in their adaption to their arid or semi-arid habitats.

Both feed almost exclusively on ants, which being poor nutritionally, require consumption in large numbers; thus, the stomachs of both lizards are very large. Dermal and bony armour protect from ant bites and stings.

The coloration and irregular outlines make both lizards difficult to detect against the ground color and texture, and the spines make it difficult for potential predators to swallow them.
0 Replies
1
Reply Mon 5 Apr, 2004 11:06 am
The Velvet Worm of the Phylum Onychophora.

The phylum Onychophora is a small phylum consisting of strange, caterpillar-like invertebrates that share traits with both arthropods and annelids (worms).

The Onychophora first showed up in the Burgess Shale as a fossil called "Hallucigenia Sparsa".

Velvet worms, also known as walking worms or peripatus, are neither made of velvet nor are they actual worms. They are long-bodied invertebrates, roughly 0.6-5.9 in (1.5-15 cm) in length, and while they may resemble worms they have several features not present in any annelid. For example, they have between 14-43 pairs of "legs" known as lobopods, much like the false legs of a caterpillar. However, unlike caterpillars, or any other arthropod for that matter, velvet worms lack a chitinous exoskeleton. Instead, their body is covered with a thin, flexible cuticle that is not water resistant. This skin is usually blue, orange, green, black, or white in colour, and is covered with scaly tubercles and sensory hairs. These sensory hairs give the velvety appearance and hence the name.

Also called Peripatus, the Velvet Worm is an invertebrate with a soft body (15-150 mm/0.5-5.9 in in length), velvety skin and paired unsegmented legs. They are found in leaf-litter in rainforests in Africa, Australia, Indonesia, Malaysia, and South America, and feed on small invertebrates.

They are unlike any other invertebrates and so the 200 species occupy their own phylum, Onychophora. Velvet worms date back 400 million years and may be a 'missing link' between the arthropods (insects and crustaceans) and annelids (soft-bodied segmented worms, including earthworms). The 20-40 million-year-old fossils of two new kinds of velvet worm were discovered by US palaeontologists in 1996.

The onychophorans have always been kind of nebulous to me. Somewhere in the back of my mind, I pictured them as primitive precursors to the arthropods, which they very well may be. But entomology books usually only mention them briefly.

The tuataras, though in a separate order from the lizards, have a superficial resemblance to the water dragons, Physignathus coccincinus, beautiful lizards I kept in zoo I used to work in. There's quite of bit of sexual dimorphism with the males—lower photo—more massive than the delicate females.

(The long, vertical,curved processes in front of its head—and touching the man's finger—are antennae and harmless.)

Centipedes have poison fangs located on the first segment behind the head. Because of its large size, a bite from Scolopendra gigantea is potentially fatal to humans. However, Scolopendra species, at least, are thought to have poison glands at the base of every leg. Reputedly, an upset centipede walking across human skin would produce an irritation.

I kept Iguanas and other lizards as pets when I was a kid, but when I first saw a Tuatara, I was stuck by the subtle differences which make them seem so ancient. Something about their structure in general seems odd since I'm only aquainted with real lizards.

Likewise, the Onycaphorans are interesting to me because I've never seen one live, and because they are so different from any other animal I'm familiar with.

I wish more of the differnet phyla from the Burgess Shale had survived. I can only imagine what an Anomalocaris would look like today.

By the way, I belated thanks for turning me on to A2K when I was still on Abuzz. I love the capacity to insert pictures on this format, but was worried about the download time on this thread. So far, though, it's loading pretty fast.

I've never seen tuataras in person, but looking at your pictures, the thing that struck me was the massive forelegs in comparison with the skinny legs of Physignathus coccincinus. Also the tuataras have what appears to be body armour and a tail that resembles an alligaror's tail.

However, I don't know what Anomalocaris is.
0 Replies