Forums: Grocery, Cookies, Shopping, Cookie, One Damn
Email this Topic • Print this Page
Tue 9 Apr, 2013 02:32 pm
Why can't grocery stores just sell one damn cookie? I can go in there any time of day and buy one doughnut but I can't buy one cookie. I can buy one piece of cake but not just one cookie. I can buy a single serving size of just about everything but cookies.

What frustrates you about your grocery store?
Type: Question • Score: 14 • Views: 3,934 • Replies: 31
Topic Closed
2
Tue 9 Apr, 2013 03:02 pm
@boomerang,
sales tax.
0 Replies
3
Tue 9 Apr, 2013 03:07 pm
@boomerang,
Grocery stores...supermarkets, in particular...ought to be required by law to sell EVERYTHING...EVERY GODDAM THING...in units of one. If I want one pork chop...I should not have to buy two or three...or even goddam four. Asparagus should be sold by the goddam stalk...so I do not have to buy enough for four people when there are only two of us, Nancy and me. I throw out too damn much food because I cannot buy in the correct volume for just two.

Oh...yeah, you should be able to buy on cookie.
2 Replies
2
Tue 9 Apr, 2013 03:22 pm
@boomerang,
Failure to sell items I'd buy. For example, dashi for japanese cooking. Semolina for pasta and breads (yes, I asked nicely). Course polenta corn meal (except those tiny packages by Red Mill, pfft.). Real parmigiano reggiano, or pecorino romano cheeses. Well, many cheeses at all, from europe or california - this area is cheese bereft in ways I, spoiled person, have never seen except maybe when I was a kid. Lamb - I don't think I've seen lamb in a market since I've lived in New Mexico. My immediate market doesn't carry fresh fish, but I've adapted to that, wrong place in space.

Miserable selection of breads. Poor selection of wine. Poor re beer, though I don't drink much of it anyway. In comparison, say, to the beer selection at my grocery in Arcata, CA, Wildberries, which had a good long wall of local and near local beers. Well, that market also had locally made soaps, locally made jams/preserves. But here, poor selection most of the time of possibilities in produce or, barring that, frozen vegetables.

I wish the international market here in Abq was anywhere at all near me. I like it almost as much as I liked the international market in Santa Monica - but they're both great in different ways. Talin in Abq is bigger. I could probably spend a good four hours wandering in there, and rack up severe expense. The produce is excellent... or was last I was there.

There's another goodie market, also too far for me to go on any routine basis -
Ranch Market. I've only been there twice, but they have all sorts of mexican and new mexican food related items, plus a terrific produce section.


Why do I go to my nearby market? I like the people, and they've actually improved since I first came here, plus the end all be all, they're close. There are good aspects besides the crew who works there - lots of mexican and new mexican ingredients.
1 Reply
2
Tue 9 Apr, 2013 03:47 pm
I have a few bitches. Firstly, the store where I shop manipulates your buying habits. If a cheap costing item becomes overly popular, they simply quit selling it. The Snaps treats made by Alpo is one example. I have given my dog a couple of these little biscuits every morning since she was a puppy. They quit selling them. My dog turned her nose up at the Milk Bone products, which were more expensive. So, now, I drive to Kroger to get the Snaps. Dish detergent. Same story. Other items.
None of this store's biscuits (such as Pilsbury Grands) are without hydrogenated oil. So I drive to the Safeway owned store for something better.
Overall, I get decent products for a good price. But they could do better with just a little effort.
1 Reply
2
Tue 9 Apr, 2013 05:01 pm
@Frank Apisa,
I'm not sure you can even buy a single hammer. Blister pack of three.
0 Replies
2
Tue 9 Apr, 2013 05:04 pm
@boomerang,
You can buy 1 cookie, but you have to pay more than you'd pay for a bag of cookies. I occasionally buy a bag of cookies, take my cookie ... and put the rest out at work.
0 Replies
2
Tue 9 Apr, 2013 05:55 pm
Around here, I can get a single chocolate chip cookie at McDonald's anytime. But it costs a buck, I think.
1 Reply
4
Tue 9 Apr, 2013 06:03 pm
@boomerang,
One cookie? That's what nongrocery store sited bakeries are for. Yum!
2 Replies
2
Tue 9 Apr, 2013 06:36 pm
@tsarstepan,
Favorite cookie purveyors - 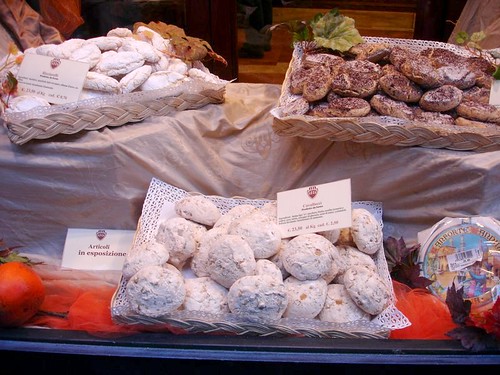 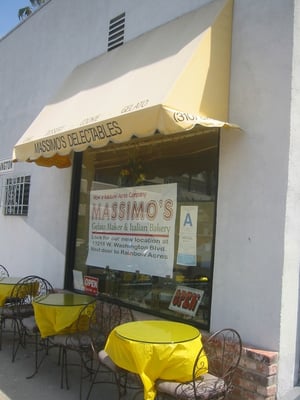 I have found that the butcher will usually repackage things if you ask nice though. Costco is great about packaging things how you want it in their meat department. But yeah... vegetables.... forget about it. A lot of times they won't even price them by the pound but only by the bunch. I understand why they won't sell me half a tomato but what if I don't want 30 grape tomatoes?
1 Reply
1
Tue 9 Apr, 2013 06:53 pm
@tsarstepan,
Oh no! If I go into a bakery I want cake. And cake slices are HUGE. A cookie is my default sweet but I'm too tempted by cake if I walk into a bakery. I LOVE LOVE cake so I try to stay away from it. Even though I'm really not a big sweet eater I could eat a whole damn cake if the baker has any skill at all.

There's something about cake.

If someone opened a petit fours bakery near me I'd be as big as a house.

I go to this for for that and this place for the other and another place for that. It's crazy making.

I know the profit margins at grocery stores is tiny but if you've got a product that brings people in it really has to be worth it. Chances are they aren't just going to buy dog treats or dish soap but maybe some milk or eggs or SOMETHING.

I do most of my shopping at one out of the way place for one reason -- they sell most of the things I buy PLUS they sell the milk I like. They get 90% of my shopping dollars because of milk.

My cat, however, likes a certain kind of dog treat, so I drive to a different place to buy dog treats. (I think they might be the Alpo ones!)
0 Replies
1
Tue 9 Apr, 2013 07:07 pm
@ehBeth,
Unfortunately we don't. Our good neighborhood grocery closed last October.

Being an agricultural area there are many green grocers around but none are close enough to walk to. I try to plot out my weekly errands to take me near one of them each week.
0 Replies
1
Tue 9 Apr, 2013 07:10 pm
@Lustig Andrei,
Are their cookies good? I'd pay a buck for a good cookie when I'm in the mood for a cookie!

I like McDonalds coffee. Most of them serve Seattle's Best here and their coffee is always really hot (yeah).
1 Reply
1
Tue 9 Apr, 2013 07:46 pm
@boomerang,
I think I had one of their cookies once when I wanted something to nibble on with my cuppa java. Nothing wrong with the taste, as I recall. (But, then, I also like their apple pie which gives you a hint about my taste-buds.)
0 Replies
1
Wed 10 Apr, 2013 12:34 am
Well, we don't have that problem here.
Either, supermarkets have a bakery 'attached' or within the market area. (The larger supermarket has both, our local supermarket has a large bakery outside the cashier area, Aldi has one inside.) And fruits, vegetables, meat/beef/etc can be bought by pieces (not at Aldi) at the butcher's corner inside.)
0 Replies
1
Wed 10 Apr, 2013 01:14 am
@boomerang,
randomly pricing some things many times too high hoping to snare those not paying attention....like in one store 4 packs of one brand of soda are 2.74, except grape which is 7.94.

Safeway refusing to sell any 12 packs of major brand soda at a reasonable price.....you must buy 3 or 4

all stores placing the most purchased items to maximize the time and amount of walking required to collect them.

refusing to collect carts in the parking lot

placing tons of crap in the isle making hard for people to get around...Walmart stores can get dangerously clogged on purpose
2 Replies