O, TO have a little house!
To own the hearth and stool and all!
The heaped up sods upon the fire,
The pile of turf against the wall!

To have a clock with weights and chains 5
And pendulum swinging up and down!
A dresser filled with shining delph,
Speckled and white and blue and brown!

I could be busy all the day
Clearing and sweeping hearth and floor, 10
And fixing on their shelf again
My white and blue and speckled store!

I could be quiet there at night
Beside the fire and by myself,
Sure of a bed and loth to leave 15
The ticking clock and the shining delph!

Och! but I'm weary of mist and dark,
And roads where there's never a house nor bush,
And tired I am of bog and road,
And the crying wind and the lonesome hush! 20

And I am praying to God on high,
And I am praying Him night and day,
For a little house—a house of my own—
Out of the wind's and the rain's way.
0 Replies
1
Reply Thu 7 Mar, 2013 02:28 pm
My grandfather was an O'Sullivan and dropped the O when he came to the states. Harry married the Alicia Barker (English) and what a mess that was! 12 children - they didn't live together in their late years, she cold as ice and he eccentric. He lined his walkway with soy sauce bottles and we had to have a teaspoon when we visited before he would even talk with us.

At the end he could recite all the ice cream flavors but didn't even know my mother.

My mother had a nice blend of Harry and Alicia. She'd cook gourmet foods and wrap them in newspaper, then waxed paper and rubber bands for me to take home. She always was quoting little sayings, including "Let sleeping dogs lie" and "Two lighten the load" and "You've made your bed, now lie in it." She knew all of the lyrics to many Irish songs and the old favorites and amazed the staff at her nursing home with her wit and jokes. Bettie Elizabeth died at age 89 in Sept. 2011.

Everyone should have an Irish mother.

0 Replies
1
Reply Thu 7 Mar, 2013 03:31 pm
Great story, Punkey. My mother told me there was Irish in the family, but I haven't yet discovered where. But, St Patrick's Day makes all of us a little Irish for a time.
0 Replies
1
Reply Thu 7 Mar, 2013 03:44 pm
Taste some irishness? that's my family background, so I just have to lick my finger. Of course, that'll taste of mexican or new mexican or italian or thai food, unless I have been making fishcakes. I've no idea if the irish in Ireland make fishcakes, but my mother did, born 1901 in the Boston area, irish proud.
1 Reply
1
Reply Thu 7 Mar, 2013 08:06 pm
Iniskeen Road : July Evening
by Patrick Kavanagh
The bicycles go by in twos and threes--
There's a dance in Billy Brennan's barn to-night,
And there's the half-talk code of mysteries
And the wink-and-elbow language of delight.
Half-past eight and there is not a spot
Upon a mile of road, no shadow thrown
That might turn out a man or woman, not
A footfall tapping secrecies of stone.

I have what every poet hates in spite
Of all the solemn talk of contemplation
Oh, Alexander Selkirk knew the plight
Of being king and government and nation.
A road, a mile of kingdom, I am king
Of banks and stones and every blooming thing.
0 Replies
1
Reply Thu 7 Mar, 2013 09:34 pm
euroceltic has introduced me to many renditions of irish songs I have long loved, and irish songs I'd never heard of.

The one that always makes me weep -
Silver threads among the gold, which my mother used to sing to me.

I'm not sure if this is the link, still having trouble on my part with adobe flash.
The one I like is by the Fureys.

All year the flax-dam festered in the heart
Of the townland; green and heavy headed
Flax had rotted there, weighted down by huge sods.
Daily it sweltered in the punishing sun.
Bubbles gargled delicately, bluebottles
Wove a strong gauze of sound around the smell.
There were dragon-flies, spotted butterflies,
But best of all was the warm thick slobber
Of frogspawn that grew like clotted water
In the shade of the banks. Here, every spring
I would fill jampotfuls of the jellied
Specks to range on window-sills at home,
On shelves at school, and wait and watch until
The fattening dots burst into nimble-
Swimming tadpoles. Miss Walls would tell us how
The daddy frog was called a bullfrog
And how he croaked and how the mammy frog
Laid hundreds of little eggs and this was
Frogspawn. You could tell the weather by frogs too
For they were yellow in the sun and brown
In rain.
Then one hot day when fields were rank
With cowdung in the grass the angry frogs
Invaded the flax-dam; I ducked through hedges
To a coarse croaking that I had not heard
Before. The air was thick with a bass chorus.
Right down the dam gross-bellied frogs were cocked
On sods; their loose necks pulsed like sails. Some hopped:
The slap and plop were obscene threats. Some sat
Poised like mud grenades, their blunt heads farting.
I sickened, turned, and ran. The great slime kings
Were gathered there for vengeance and I knew
That if I dipped my hand the spawn would clutch it.
Seamus Heaney

The Apisa, MD caused no end of misunderstanding, but the Irish sounding name was the joy of our lives. He use to claim he was from an Irish family who emigrated to Italy...bought a tower in Pisa (which has been in the family ever since)...and succumbed to pressure to change the name to make it more Italian sounding.

Grey brick upon brick,
Declamatory bronze
On somber pedestals -
O'Connell, Grattan, Moore -
And the brewery tugs and the swans
On the balustraded stream
And the bare bones of a fanlight
Over a hungry door
And the air soft on the cheek
And porter running from the taps
With a head of yellow cream
And Nelson on his pillar
Watching his world collapse.

This never was my town,
I was not born or bred
Nor schooled here and she will not
Have me alive or dead
But yet she holds my mind
With her seedy elegance,
With her gentle veils of rain
And all her ghosts that walk
And all that hide behind
Her Georgian facades -
The catcalls and the pain,
The glamour of her squalor,
The bravado of her talk.

The lights jig in the river
With a concertina movement
And the sun comes up in the morning
Like barley-sugar on the water
And the mist on the Wicklow hills
Is close, as close
As the peasantry were to the landlord,
As the Irish to the Anglo-Irish,
As the killer is close one moment
To the man he kills,
Or as the moment itself
Is close to the next moment.

She is not an Irish town
And she is not English,
Historic with guns and vermin
And the cold renown
Of a fragment of Church latin,
Of an oratorical phrase.
But oh the days are soft,
Soft enough to forget
The lesson better learnt,
The bullet on the wet
Streets, the crooked deal,
The steel behind the laugh,
The Four Courts burnt.

Fort of the Dane,
Garrison of the Saxon,
Augustan capital
Of a Gaelic nation,
Appropriating all
The alien brought,
You give me time for thought
And by a juggler's trick
You poise the toppling hour -
O greyness run to flower,
Grey stone, grey water,
And brick upon grey brick.

a friend is going to Dublin for the first couple of weeks in May - I'll tell her to go to O'Connell street and wave a Canadian flag at some pre-arranged time
1 Reply
1
Reply Tue 12 Mar, 2013 06:17 pm
@ehBeth,
Wanna see Dublin, there ya go.
http://www.dublincity.ie/dublintraffic/ 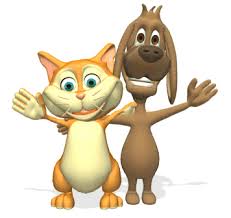 It's closing time... there's bound to be some trouble. tut tut
0 Replies
1
Reply Tue 12 Mar, 2013 06:30 pm
@ossobuco,
Yup, fish cakes on fridays. Fish mixed with mashed potatoes. This is how my family figured out I was allergic. At first they thought it might be the spuds, the horror..
0 Replies
1
Reply Tue 12 Mar, 2013 06:31 pm
@eurocelticyankee,
I like the North Wall Quay shots from the Liberty Hall webcam.